Arsenal's fortunes under Mikel Arteta have improved with three consecutive wins over the Christmas period, just a few weeks after a terrible run of results had left them facing a potential relegation battle.

The emergence of youngsters such as Bukayo Saka and Emile Smith Rowe have freshened up Arteta's attacking impetus, having spent much of the season struggling to create chances. As the team were struggling, the shadow of Mesut Ozil lingered over the club, the World Cup-winner having been banished from the first-team squad following an internal dispute. 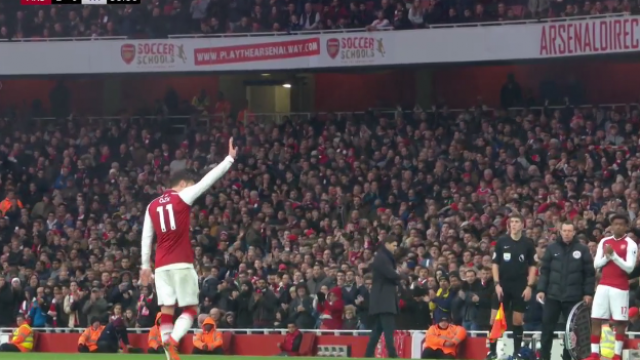 It is difficult to think of a bigger waste of talent and money in the Premier League at present, given Ozil's ability and the fact that he earns a reported £350,000 per week. Regardless of where the blame lies between Ozil and the club, it is a welcome sign for all sides that Ozil is being linked with a move away during the January transfer window, before his Arsenal contract expires in the summer.

Was Mesut Ozil given a fair shot, or will you be happy to see the last of him in an Arsenal shirt? 🤔 https://t.co/y1cyI4vKiU

In recent days he has been linked with a loan move to Turkish side Fenerbahce, as well as a move to MLS with reported interest from DC United. Reflecting on the way in which Ozil's Arsenal career is coming to an end, BT Sport pundit Jermaine Jenas feels that Ozil's standing among Arsenal fans remains strong despite his differences with the club.

Once he gets his move and he settles into another club and the dust settles, all the stories will come out one day as to what exactly happened. Whether it was, him not playing because of bonuses that were supposed to be paid to him, or whether it was purely a falling out of player and club. Either way, it's a sad end to his Arsenal career.

He's loved by Arsenal fans. I would say the majority of Arsenal fans love Mesut Ozil. I don't get why they love him so much - they've had so many more greats at the football club than Mesut Ozil. But they have an affinity with him and they love him, and I think when they have players like that who come through the football club, for it to end the way it has over the last couple of years...

The reality is, he came to Arsenal from Real Madrid as a top footballer, had an impact on the club and the way it has ended will leave a sour taste I think.

Regardless of where Arsenal fans stand on Ozil's reputation at the club, his exit can't come soon enough in order for both sides to move on and look to the future. At 32 years of age, Ozil should still have plenty left to offer in his career, so if he makes the right move, it will be interesting to see how motivated he is having spent much of the last couple of seasons in the wilderness.