We're not so sure about this one.

It wasn't a great start to the season for John Egan last week, with Sheffield United falling to 2-0 defeat at home to Wolves.

The Irishman would have been hoping to bounce back with a strong performance at Aston Villa this evening, but he was given his marching orders after only 11 minutes.

Egan got into a chase with Ollie Watkins after a long pass over the top, wrestling with the striker to reach the loose ball. The referee gave a foul against the defender, but would go on to shock everybody by producing a straight red card.

It was deemed that Egan had committed a professional foul to stop Watkins getting a scoring opportunity, a decision which seemed very harsh to us.

Egan is grappling with Watkins and Graham Scott brandishes the red card!

This is a similar incident to the one that saw Andreas Christensen dismissed during Chelsea's loss to Liverpool yesterday, although it is certainly less clearcut than that one was.

We often see clashes similar to this one that don't even result in fouls, with referees deeming the players are competing for the ball. On this occasion, the Irish defender came out on the wrong end of the decision.

Egan certainly protested his innocence, remaining on the pitch until the VAR check had been complete. He is also now set to serve a suspension for the club's next Premier League fixture. 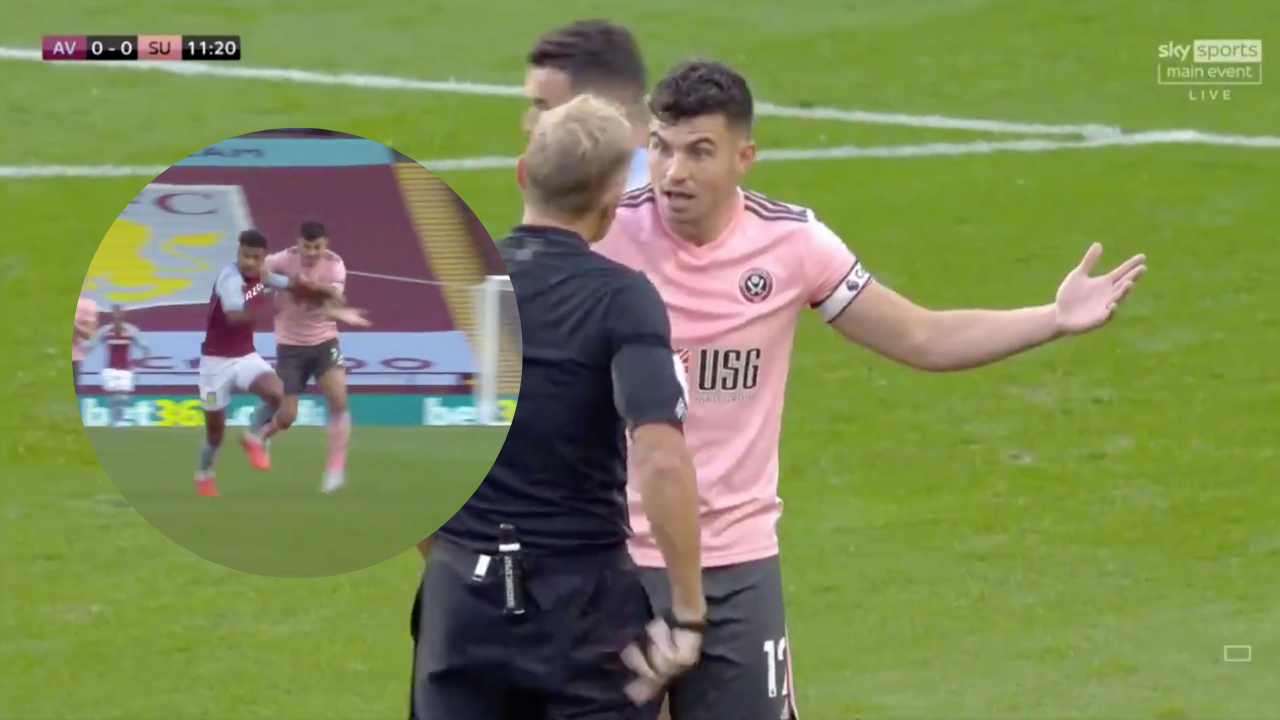