Jordan Pickford can count himself very lucky that he wasn't sent off only a few minutes into this afternoon's Merseyside Derby.

The Everton goalkeeper has been under some major scrutiny in recent times after a comical string of errors at both club and international level, with his side falling behind after only two minutes at Goodison Park after Sadio Mane's goal.

It looked like things were about to get much worse for him a few moments later.

A Liverpool free-kick was delivered into the penalty area, with Virgil van Dijk meeting the dropping ball at the far post. Pickford would come out to close down the Dutch defender, lunging into a two-footed tackle that caught him at knee height. 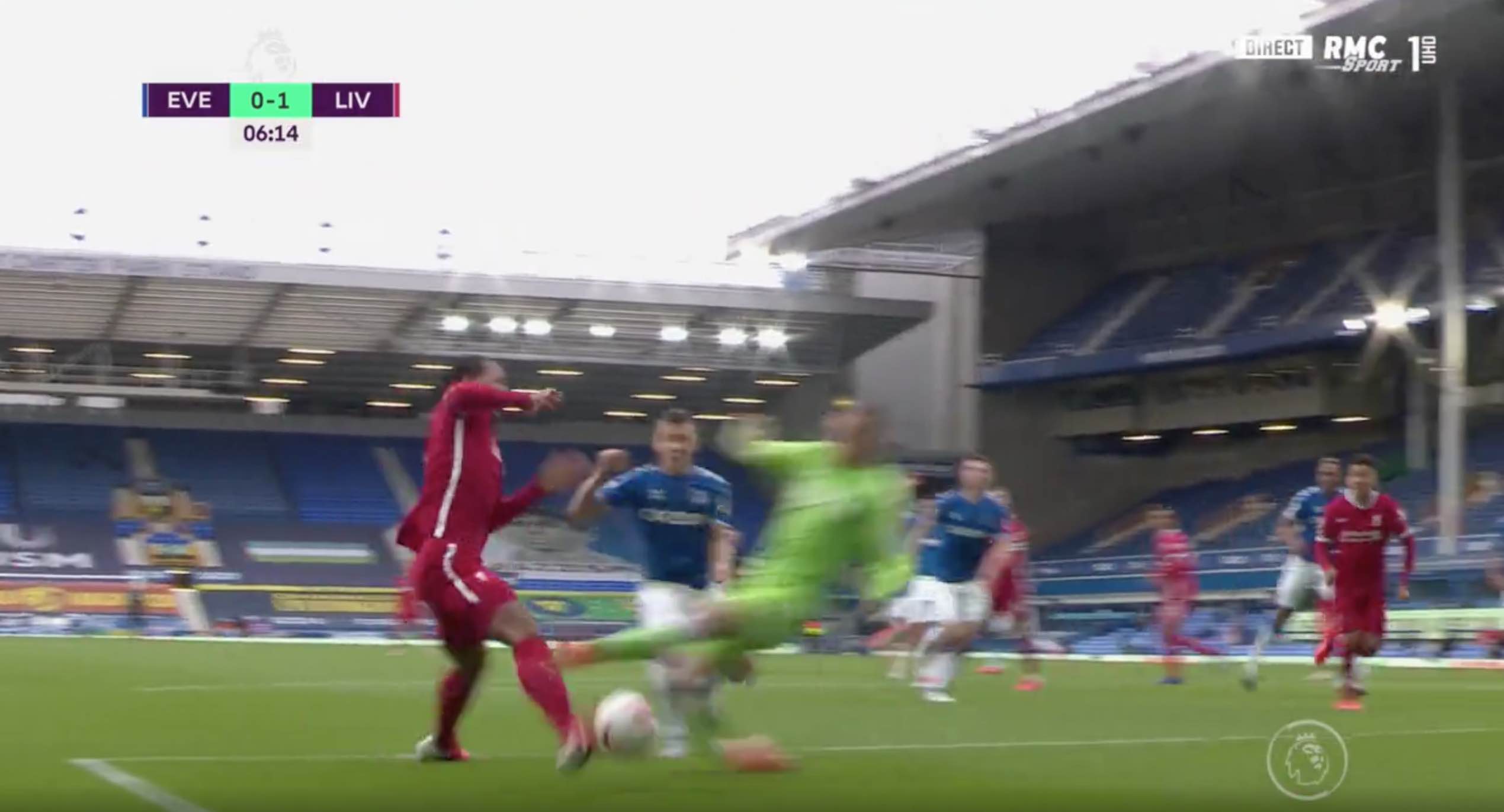 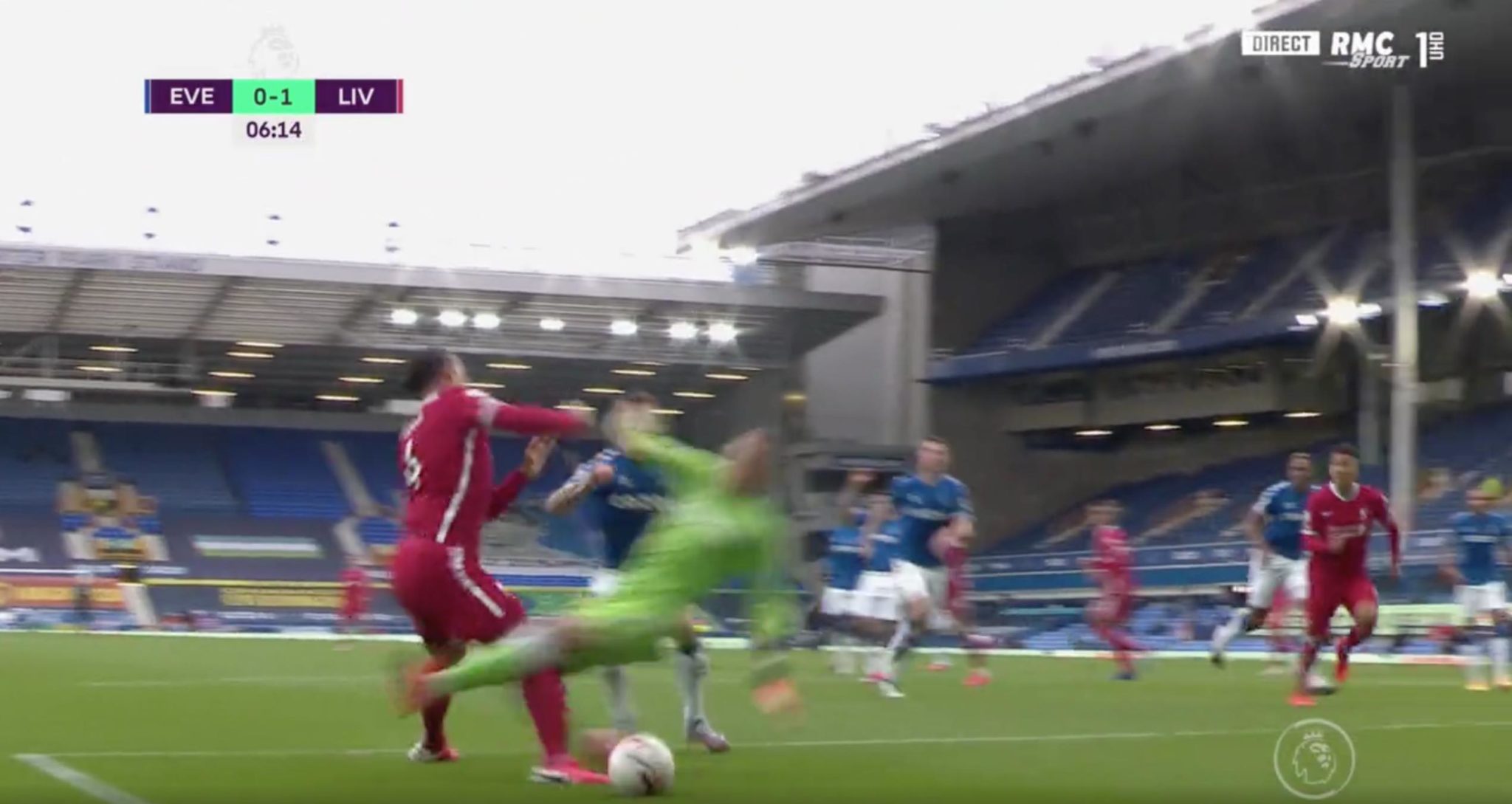 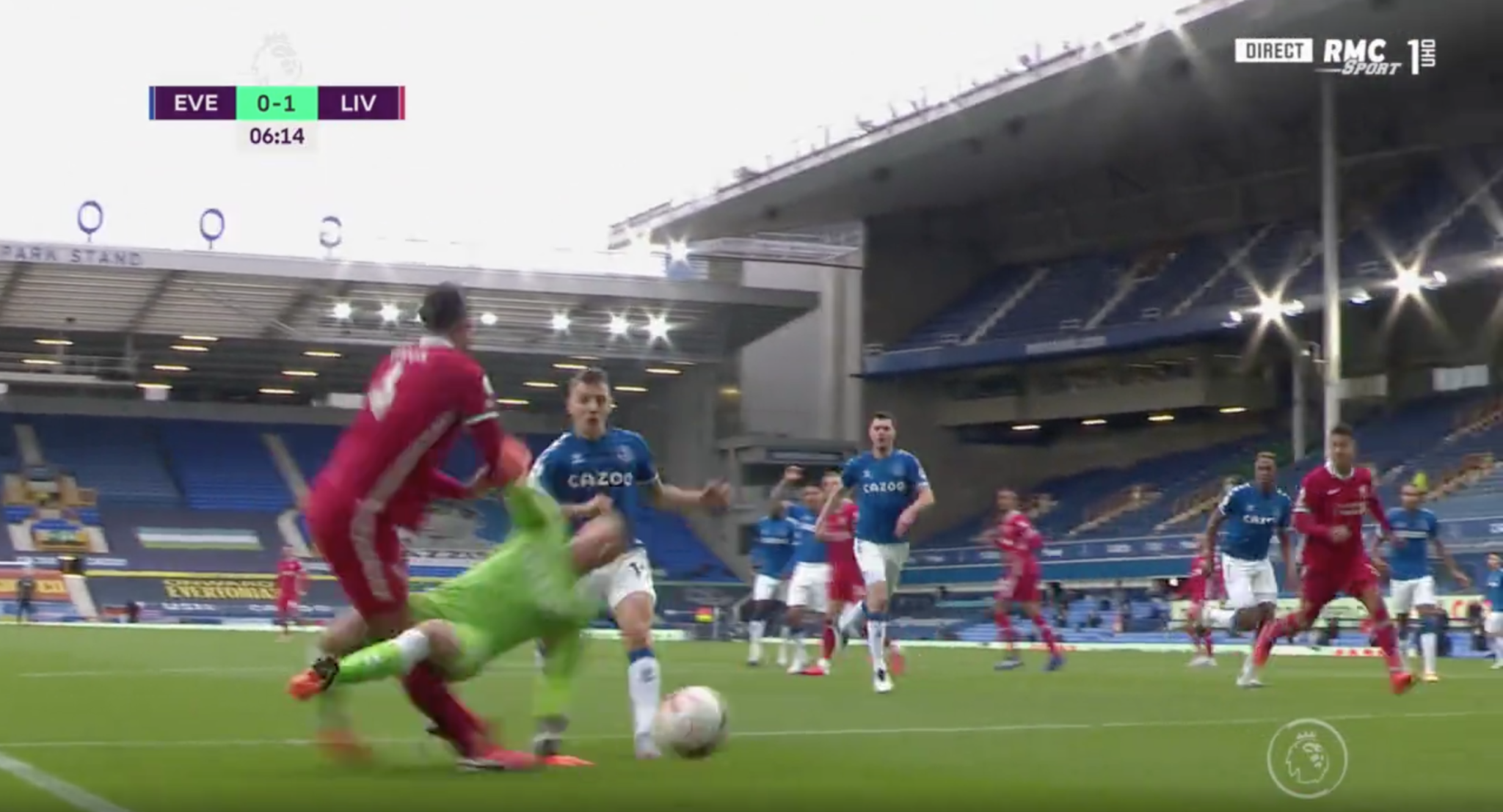 It was an absolute horror challenge, one that forced van Dijk off with an injury. In truth, he was probably lucky that he was able to walk off the pitch without assistance.

However, the Everton man would manage to escape without punishment.

A VAR check showed that van Dijk was marginally offside in the buildup to the incident. 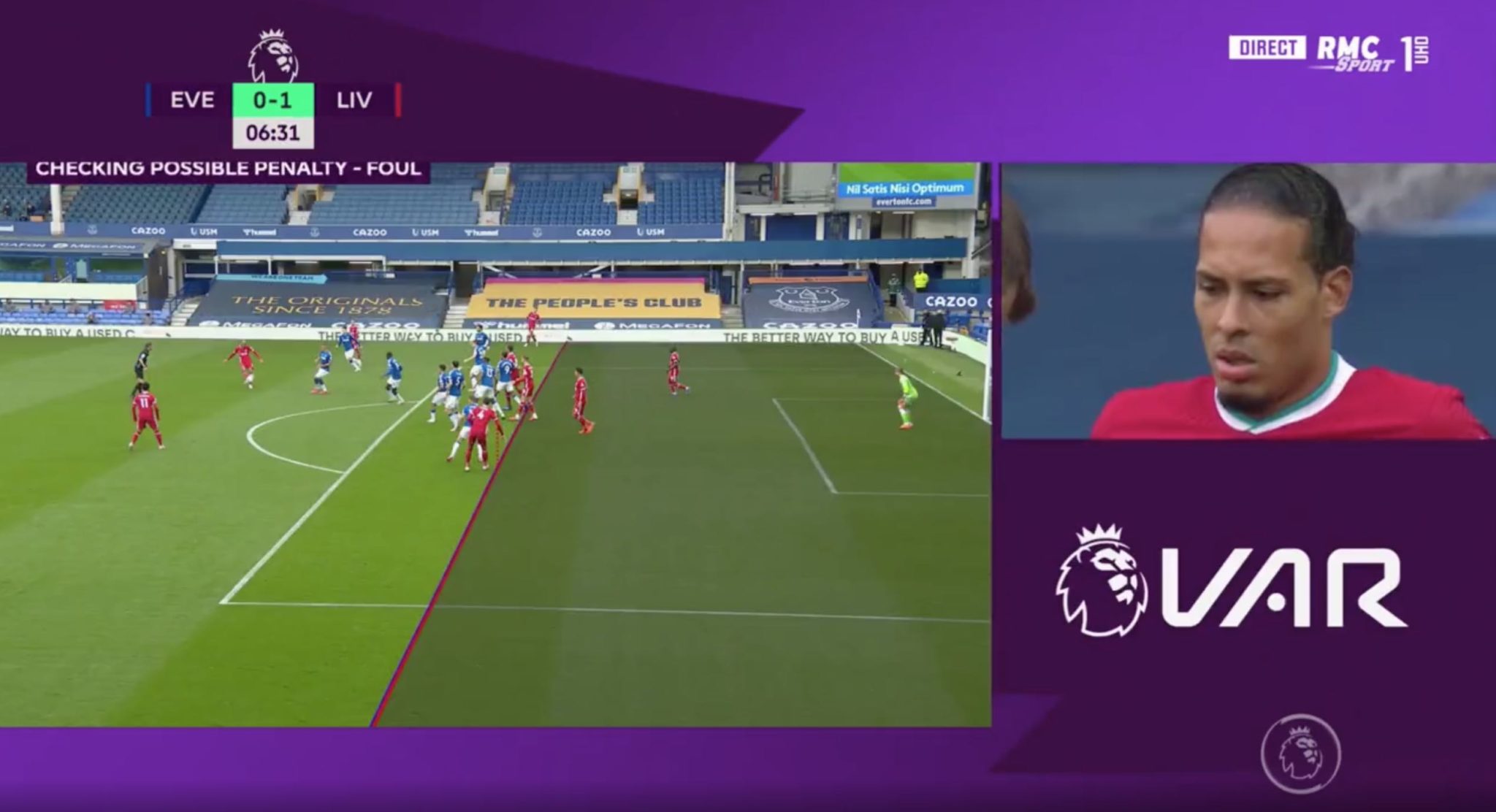 Some people were still wondering how Pickford avoided a red card, despite the offside decision. That is certainly fair, with this type of tackle being an immediate sending off in any other circumstances.

It turns out that under the current rules, the referee was unable to give him his marching orders.

A tackle such as this one would fall under the category of 'serious foul play', and according to FA rules, such incidents cannot be punished out of open play.

Seems to be that if a challenge is ruled as “Serious Foul Play”, then a player cannot be carded if they harm a player in an offside position.

If it is ruled as “Violent Conduct” it can be. pic.twitter.com/3dBhSyiOmD

A tackle or challenge that endangers the safety of an opponent or uses excessive force or brutality must be sanctioned as serious foul play.

Any player who lunges at an opponent in challenging for the ball from the front, from the side or from behind using one or both legs, with excessive force or endangers the safety of an opponent is guilty of serious foul play.

As van Dijk was offside before the tackle was made, Pickford could not be sent off.

That didn't stop people disagreeing with the rule, however.

Something wrong with rules where Bilic can get sent off after half-time whistle for arguing with ref but Pickford can get away with challenge like that because attacker was offside. Still dangerous.

Hate to say it, but VAR didn't follow own rules on Pickford challenge. He was out of control and even hooked trailing leg around van Dijk after missing ball.

Should be interpreted as "serious missed incident", and referred to referee no matter when whistle went. #EVELIV

Former referee Peter Walton: "The foul from Pickford is still relevant. Players are still accountable for their actions. Personally, I think it was serious foul play. Pickford is a lucky boy." #awlfc [bt] 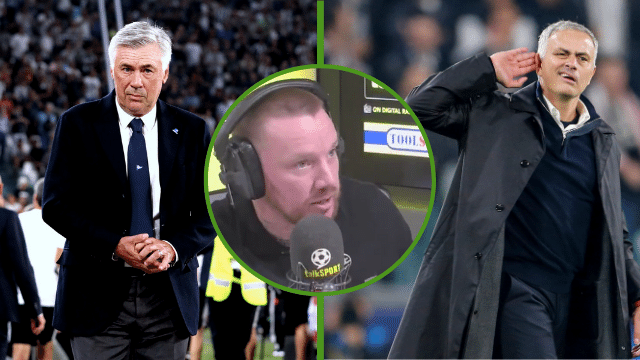