A “super happy” Jose Mourinho praised the discipline of his Tottenham team after a 2-0 win over Manchester City sent them top of the Premier League.

Son Heung-min fired Spurs ahead after five minutes as the visitors switched off in defence and another lapse in concentration saw substitute Giovani Lo Celso run away from marker Kevin De Bruyne to steer home a second in the 65th minute.

The goals came from Tottenham’s only two shots on target, while City enjoyed more than 60 per cent possession but were unable to break down the hosts, who produced the type of display their manager has become famous for ever since his Porto days.

A typically organised showing saw the north Londoners climb to the summit at the expense of Chelsea after a fourth straight league win.

“I am very happy because to have that discipline, you need more than discipline. You need also a big desire to do it, also big solidarity,” Mourinho said.

“That discipline is not only about a plan, it is about an emergency plan which is when somebody makes a mistake or somebody is not in a certain position, you have to compensate and cover for it.

“That discipline demanded a big effort and the guys were fantastic. I am super happy, super proud of them. It was a proper team performance with every individual giving everything. I am very, very happy.” 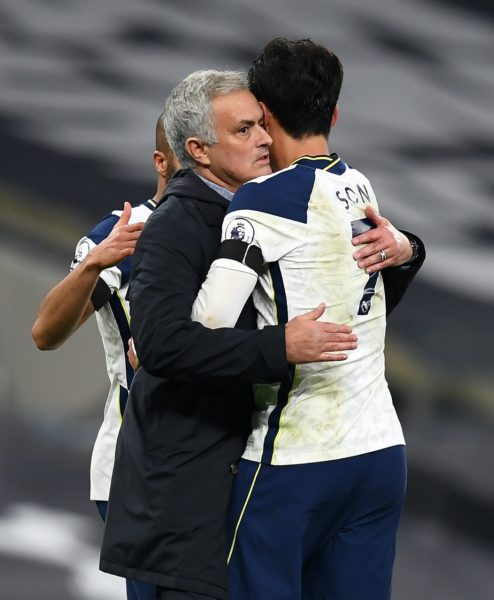 Spurs will be top for at least 24 hours and could finish the weekend in first place if Leicester fail to win at Liverpool on Sunday.

But Mourinho insisted: “I prefer to be top of the league than second, third or fourth but it is not an obsession.

“It is not a problem for me if tomorrow Leicester win and go top. I just wanted to win my next game, which is what we keep saying since the beginning of the season.

“I don’t care about the table, my opponent or the competition. We just want to win my next match.

“We are a process, this team is a process in place and (there are) good signs of evolution at every level. We are happy with that of course, but I don’t care too much about the table.”

The only negative for Spurs was an injury to Toby Alderweireld, who alongside fellow centre-back Eric Dier repeatedly denied the away side with blocks and clearances.

Mourinho conceded the muscle issue was “bad” but insisted no one was to blame.

City had 22 shots and yet, thanks to a dogged team display, home goalkeeper Hugo Lloris was largely untroubled, with his most difficult save coming at the death to keep out Ruben Dias’ header from point-blank range.

While Pep Guardiola’s side have a game in hand, they are now eight points off Tottenham and have gone six league games in a row without scoring more than once.

“They are top of the league so obviously they are more contenders than anyone else right now,” Guardiola said of Tottenham.

“Of course there are a lot of points to play for. We are eight down but with one game left. There are a lot of teams in front of us, so we have to start winning games or it will not be possible. We know it.

“In terms of our game we are not far away, but we struggle to score goals right now. It is not particularly about one person or the other one. That is the reality, 10 goals in nine games is not good enough.” 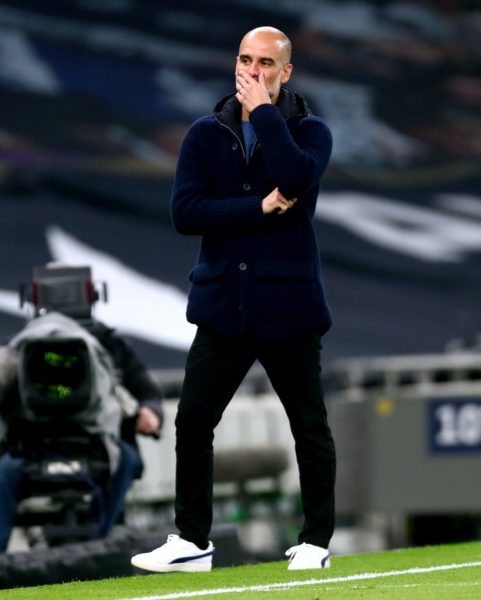 Pep Guardiola admits his team are struggling in front of goal (Clive Rose/PA).

The visitors were denied an equaliser in the 27th minute when Aymeric Laporte’s effort was ruled out after Gabriel Jesus was adjudged to have controlled Rodri’s cross with his arm.

Guardiola refused to be drawn into whether Mike Dean was right to disallow the goal following the use of the pitchside monitor and instead focused on the defensive errors from his team.

“The assessment of the game, the stats speak for themselves. We were better in all departments but we concede a goal we cannot concede.

“We defend bad and after we put the perfect scenario for them.” 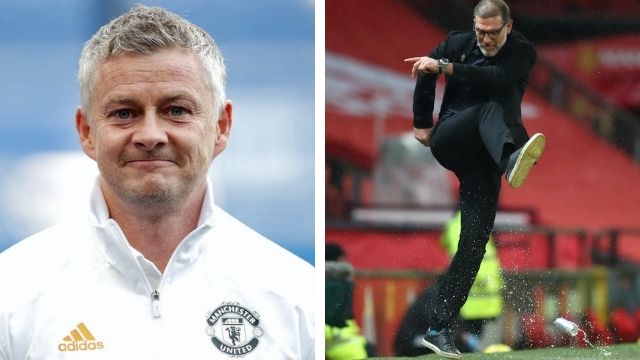