Liverpool manager Jurgen Klopp admits his team “would have been lost” without the academy players who stepped up to fill in after his squad was decimated with injuries.

At one stage the Reds boss had 10 senior players out, including the likes of long-term absentees Virgil Van Dijk and Joe Gomez, and had no option but to dip into the wider squad.

He has not been let down as results have not suffered massively with Liverpool level on points with Tottenham at the top of the Premier League having already qualified for the knockout stages of the Champions League with a match to spare.

Manager Jurgen Klopp said without the performances of his academy youngsters during the injury crisis @LFC "would have been lost" pic.twitter.com/9U5EB5av3K

Last week two of his teenagers Neco Williams and Curtis Jones combined for the only goal against Ajax which guaranteed them top spot in their group, while 22-year-old Caoimhin Kelleher has kept clean sheets in back-to-back matches – his European and Premier League debuts.

Many of Liverpool’s youngsters may get a chance to impress in their own right for the dead rubber against Midtjylland in Denmark on Wednesday as although the club could secure their record group stage points tally of 15, there is nothing else riding on the result.

“We clearly had some problems injury-wise, we lost top-class players to injuries and of course it’s one door closes and another opens up,” Klopp said.

You still need the right kids, the right players to use the chance.

Without them we would have been lost, to be honest. Thank God it worked out.

All the boys did it and you can go through them: what Rhys Williams did in the Champions League is exceptional, what Nat (Phillips) did when he played in the Premier League was absolutely exceptional, Neco played two really good games in a row, especially the last one.

Curtis plays like he’s played 10 years for us. Caoimhin was always a talent and now he has the chance to show that on the big stage, to use that opportunity is nice for him.

The biggest part is obviously is that they are really ready for this. They are the biggest reason for it. 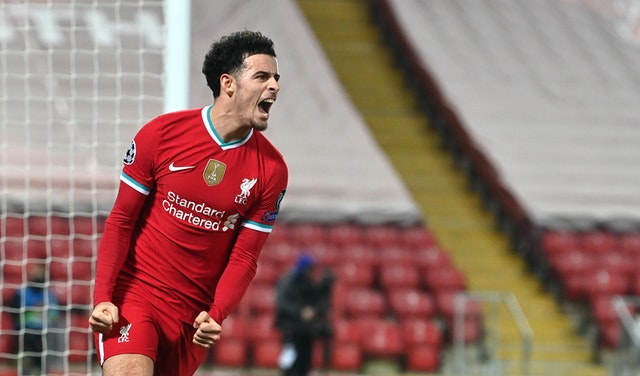 Klopp will have none of the players currently injured – Xherdan Shaqiri, Alisson Becker, James Milner, Alex Oxlade-Chamberlain, Thiago Alcantara, Van Dijk and Gomez – available for Wednesday’s game but striker Divock Origi is expected to start having been left out of Sunday’s matchday squad.

“Divock is not injured but we don’t have a lot of players and our offensive options are better than other areas and so I cannot just break up three strikers,” he said.

“He is in a good shape but not in the squad for the Premier League last time.”

The manager also has a decision to make over his goalkeeper as Kelleher has proved to be an able deputy for Alisson.

With his first-choice goalkeeper still not ready to return from a hamstring problem, Klopp could be forgiven for protecting the Republic of Ireland Under-21 international and starting his previous established number two Adrian.

However, it seems the Reds boss is keen to keep faith with a player who has performed so confidently having made just six first-team appearances.

“Usually a goalie you don’t have to change that often and nobody told me anything different other than Caoimhin should be ready again, which is a good sign,” he added. 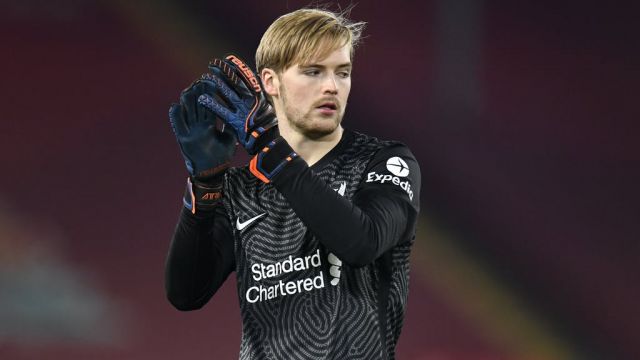