Klopp's Comments About Super League Reaction Are Missing The Point

You would have to presume that Jurgen Klopp can't wait to see the back of this season. It has been a difficult campaign for the Liverpool manager on and off the field, and the recent Super League controversy has done nothing to improve his mood.

Newcastle's last-minute equaliser cost Liverpool two precious points in their race to qualify for next season's Champions League - a 1-1 result that will be even harder for Klopp to swallow given that his side should have been out of sight by half-time after wasting so many opportunities to extend their lead.

But speaking to BT Sport before kick-off, Klopp was keen to make a point in defence of his club following the furious reaction across English football to the proposed Super League.

"You all have to calm down. It's winding people up."

"Nobody wanted it. Definitely. But now let's deal with it."

A passionate Jurgen Klopp on dealing with, and moving forward from the European Super League fallout.

We can see the pictures now in the last few days - yesterday Arsenal, and the Chelsea stuff. I really think you all have to calm down. Yesterday on Sky I see three journalists sitting down all the time and talking the whole day about it. It's winding up people. We cannot just wait for and create other pictures (of fans protesting at stadiums). We are still in a pandemic. But people are out there and without face masks and just shouting their opinion out.

All the pundits have to calm down as well a little bit because yes - nobody wanted it, definitely. But now let's deal with it and not constantly show yes we didn't want it. We know we don't, it's all clear now, the people who made the decisions - they learned a lesson, I'm 100% sure. So just relax a little bit, because we have to carry on.

It's understandable that Klopp has been riled by the criticisms directed towards his and the other clubs who attempted the breakaway. He's right to point out that the real blame lies with the owners and directors and not the fans or people working within those clubs. It is also a fair point to make that social distancing is not being maintained in the fan protests that have been seen outside a number of stadiums and training grounds this week, so this should not be encouraged. 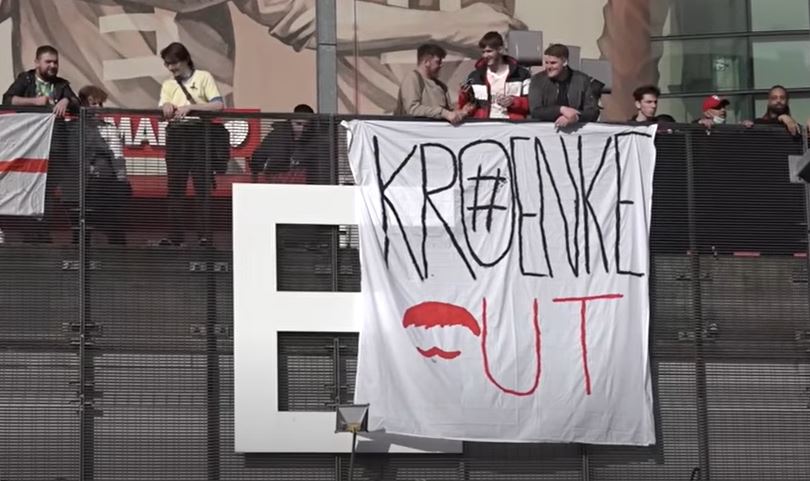 But Klopp's advice for the pundits and supporters to calm down is exactly what the owners of these clubs want. The biggest weapon that fans have now in the fight to drive meaningful change in how football is run is the intense pressure and scrutiny being placed on the owners which has been visible in the media this week. Without this level of reaction the Super League proposals would not have crumbled so quickly, and there is a feeling of real momentum now for fans' voices to finally be heard after decades of being marginalised.

It seems misplaced for Klopp to criticise the media for affording coverage to what is probably the biggest sports story in decades. It has also been pointed out on a number of occasions by the likes of Jamie Carragher, Gary Neville and Graeme Souness that the owners are the real targets of this ire and players and managers are not the ones to blame.

Klopp's comment about the owners learning a lesson that they made a mistake is based on his own working relationship with the FSG management team - which does not reflect the wider feeling that fans across English football have towards the owners of Liverpool and the rest of the 'big six'. It will take more than PR spin and unconvincing apologies for the rest of us to believe that those owners are willing to change their approach in the future and put supporters and the wider good of the game at the forefront of their decision-making.

A handful of owners try to tear our game apart and may well try to do so again, and we’re just told to ‘calm down and move on’. Huge admirer of Klopp but he’s spectacularly tone deaf here. Without the fans of our beautiful game it would be much uglier today. https://t.co/rRH40Kal0p

SEE ALSO: Mick McCarthy Has Had A Pop At Liverpool Over Handling Of Loan Players