Our Most Outlandish Premier League Shouts That Will Definitely Happen

By now you've hopefully already entered our proper Premier League predictions competition, so now it's time to have a bit of craic. We want to hear your most outlandish shouts for the season ahead.

Leave us your comments and Tweets with what you think might happen. After all, we are just off the back of season that ended three months late because of a pandemic so no one needs any reminding that strange things can happen. Here are some of our staff's predictions.

Mark Farrelly - Newcastle United to finish in the top 4

How's the bacon did you say? Steve Bruce will guide the recently almagamated Newcastle United and Bournemouth to the Champions League after Eddie Howe agrees to become his assistant, shortly before Chistmas.

Their season will get off to a rocky start when Joelinton goes mad that Ryan Fraser won't pass to anyone other than Callum Wilson. A weekend peace retreat hosted by Lee Bowyer and Kieran Dyer brings the squad back together and they go on a 15 match unbeaten run. Allan Saint-Maximin breaks the landspeed record while setting up a goal for Jonjo Shelvey against Fulham in the final match of the season, sending Newcastle into the top four and Saint-Maximin into outer space.

This is perhaps brought on by the euphoria surrounding the recent release of All or Nothing: Tottenham Hotspur, but By God this could be their year. Now, of course, we're not talking about the Premier League, they have no chance there. However, we have the feeling Jose Mourinho will go all out to win a trophy this year.

If that means playing a 50% fit Harry Kane in a home Carabao/Carling/Worthington cup game against Morecambe Town, so be it. Jose will lead Spurs to a first trophy since 2008, before riding off into the sunset with Troy Parrott added to the list of youngsters he developed after the young Irish player returns to get four minutes of playing time in a 5-0 win over Burnley.

Leicester had all of lockdown to plot a way to hold their Champions League place, and it all went terribly wrong. Expect that negative momentum to snowball in 2020-21. In fact, if Jamie Vardy loses his form or passion, we could see this season getting very hairy indeed for Leicester.

Frank Lampard to make himself a player manager midway through the season, as Chelsea hover above the relegation zone. Jose takes over, after leaving Spurs and rescues the Stamford Bridge side on the last day of the season with captain, Frank, scoring an unlikely hat trick of penalties.

James Milner fined and sacked by Liverpool after taking off his shirt and celebrating with Leeds players in front of an empty Kop when Leeds embarrass the champions 4-0 at Anfield. Gifton Noel Williams comes out of retirement and becomes Aston Villa's record breaking 15th senior squad striker. He fails to score in three substitute appearances before retiring once more.

See Also: Win A Retro Jersey And A Crown In Our Premier League Predictions Competition 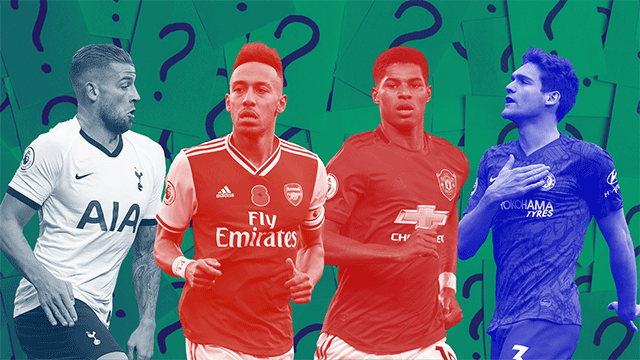