We may be a full day removed from yesterday's Merseyside Derby, but the controversy from the clash at Goodison Park continues to rumble on.

Liverpool have written to the Premier League to ask for clarification around two of the decisions made in the game, with Jordan Henderson's disallowed goal and Jordan Pickford's unpunished tackle on Virgil van Dijk the moments of contention.

Both decisions were remarkable. The disallowed goal was one thing, but how Pickford got away with the challenge on van Dijk is remarkable. The rules made punishing the challenge difficult, but it's hard to think nothing could have been done to penalise one of the most dangerous challenges you are likely to see.

Appearing on Talksport this morning, Tony Cascarino said this was one of the worst tackles he had seen in a number of years. In fact, he thinks it is up there with Roy Keane's infamous challenge on Alfie Haaland, one that all but ended the Norwegian's career.

😡 “Pickford’s challenge was as bad as everything could be.”

🤒 “He’s going to seriously hurt someone. It’s Pickford in a nutshell.”@TonyCascarino62 was shocked with Pickford’s tackle vs #LFC ⚽️ pic.twitter.com/TPbcR773h7

We give yellow cards out so readily, just so quickly for minor incidents. Then you see a tackle as bad as the one Roy Keane did on Alfie Haaland, that was just horrendous.

We talk about dangerous tackles... Jordan Pickford's challenge is everything as bad as it could be.

Look, I don't think you can ever say there was intent. You can never know, only the player can answer that about how they can cause an injury.

But if you're going to throw yourself at somebody, launch yourself literally out of control...

I can't think of a poorer challenge that I've seen in a long time. There's no debate in my mind. I would love to defend Jordan Pickford and any player that gets red carded... but that is everything that is bad about football challenges. It comes on the highest of all lists.

He's going to seriously hurt someone.

While there has been no official update from the club as of yet, Jurgen Klopp indicated yesterday that Virgil van Dijk suffered an injury that is likely to keep him sidelined for some time. 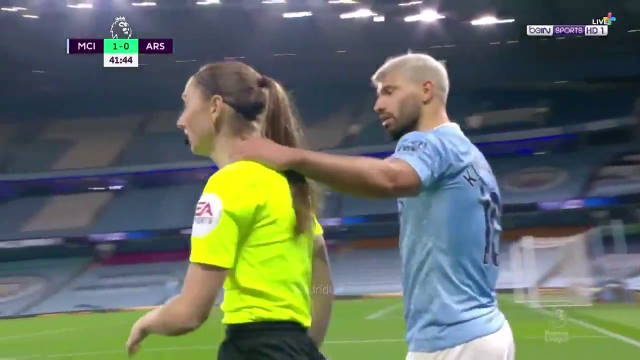