Premier League
May 12, 2021
By Michael McCarthy

The Least Dramatic Premier League Season Ever? A Look At The Stats

Last night, Manchester City were crowned Premier League champions with three games to play. The literal dozens of City fans who celebrated outside the Etihad last night following Leicester's victory of Manchester United encapsulated the underwhelming nature of it all.

Around 100 fans have gathered outside the Etihad to celebrate Man City’s Premier League title. pic.twitter.com/x32v4x2pXU

This is nothing new.

Last season, Liverpool were an incredible 23 points clear when they were crowned champions last year with seven games remaining, the earliest in Premier League history. City themselves had 19 points to spare when they reached the 100 point marker in 2018, wrapping things up with five games still to play. Countless times through the years, the title has been wrapped up with plenty of the season to go. But at least we could all dig into a good relegation fight to get us through those last few weeks. This season, Burnley condemned Fulham on Monday night and confirmed what we've all known from months - Sheffield United, West Brom and Fulham would be in the Championship next season.

Has it ever happened that both the title and relegation have been done and dusted so early in the season? Yes, there's a Top 4 still to play for, but even that looks in danger of petering out before the last day. We've had a look back over the Premier League's 29 seasons to see if this is, in fact, the least dramatic Premier League season of all time.

So, while the title has been mathematically decided earlier than this on five occasions, it's the first time relegation has been settled before the second last round of fixtures.

Is it any wonder we've made The Top 4 such a big deal? 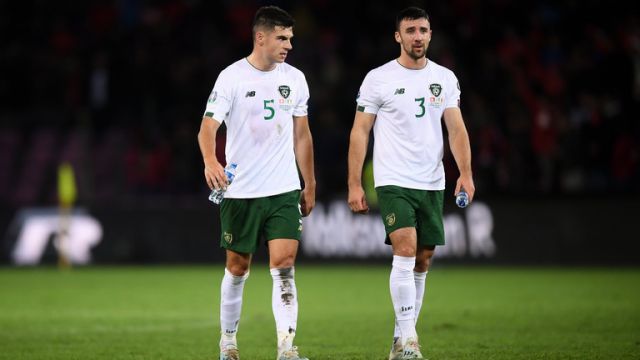 Football
1 month ago
By Eoin Harrington
Jamie Carragher Slates Ciaran Clark After Howler Against Manchester City
Premier League
8 months ago
By Sean Meehan
We Took To FIFA 21 To See If Man City Can Win The League This Weekend
Football
9 months ago
By Michael McCarthy
The Statements The Six English Super League Clubs Have Made Since Pathetic Capitulation
Popular on Balls
The Rewind
1 day ago
By Jonathan Byrne
Watch: Cameraman Behind 'Man Slips On Ice' Video Talks About Viral Clip
29