Roy Keane and Jamie Redknapp clashed regarding Spurs ahead of today's game against Manchester United.

Keane refused to put any blame on Jose Mourinho for the form which has seen the club drop from top of the Premier League in December to seventh.

"Of course [the next eight games are pivotal]," Keane told Sky Sports.

"If ever a team needs Champions League football, it's Tottenham.

"Will that dictate whether Mourinho is here next year? Probably, but I hope he is. He's been at Spurs two minutes. I think there has been improvement. They could win the League Cup.

"The softness of this team will always hold them back. That's nothing to do with Mourinho. That's to do with the players they have.

"The West Ham game, you're 3-0 up and have experienced international players at the back. Are you telling me they couldn't see the job through? The amount of points they've dropped, that can't just be down to the manager. There's a softness in this football club.

"Leopards don't change their spots. There's a softness to Spurs and I think it'll be here for the next 40 years. It's in their DNA. Mourinho has tried to change it. He's made it a little bit better.

"Before he took the job, Spurs had gone year without winning away from home. They were lucky to get to the Champions League final. Getting to the final, it's like being top of the league in November. They got beaten in the final. The whole point of getting to the final is trying to win the bloody thing.

"When Mourinho leaves, there will still be a softness to this Spurs team. That's down to the players. Spurs have been soft for the last 40 years."

? "When Mourinho leaves there will still be a softness to this Spurs team, they've been soft for the last 40 years."

Redkanpp believes the Spurs players should be asking questions of Mourinho.

"When I look at Jose right now, he's just reverting to type when things are going wrong," said Redknapp.

"You can't deny his record. He's one of the greatest managers I've ever seen in football when he's winning. When things go the other way, that's when you learn a lot about a manager. As soon as things, go wrong, he throws his players under the bus.

"If I was in that dressing room, I'd be asking him, 'You're the Special One, why can't you make us better? With 10 - 20 minutes to go in games, why do we keep conceding goals? That's what you were so good at: setting a team up to make sure that doesn't happen'.

"He has to take an awful lot of responsibility. When he first came to the club, he was quoted as saying 'I'm so happy with this squad. I wouldn't change this squad for any team. I've got all the players that I want'. He has got fantastic players here, and he's got to do better. He has to look at himself and make sure he gets the best out of them in this period."

? "As soon as things go wrong he throws players under the bus and if I was in that dressing room I would be asking why?"

Jamie Redknapp says Jose Mourinho has to take a lot of responsibility for Tottenham underperforming pic.twitter.com/ezEk85HClP

See Also: The Boring Banter Between Carragher And Neville On Sky Has To Stop 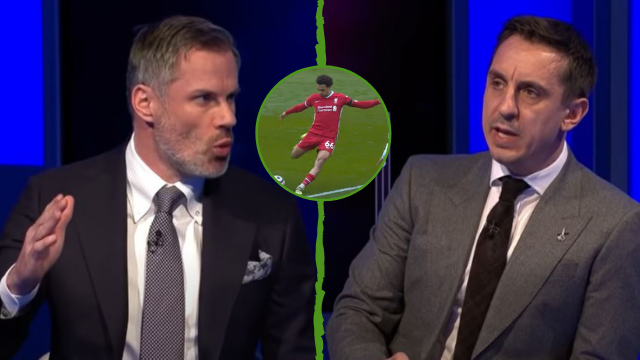