Dubliner Recalls Day Roy Keane Had His Back Against Nicky Butt

Even before Nicky Butt decided to pick on him in Manchester United training, Kevin Grogan had it tough during his fledgling football career.

The Dubliner joined Manchester United on a full-time basis as a 15-year-old in 1996. Two years later, he was part of Brian Kerr's U16 team which won the European Championship.

However, the midfielder's young career was blighted by injury. A pelvis problem eventually forced him into retirement on his 21st birthday. Though there were several comeback attempts including with Millwall and in the League of Ireland with St Pat's and Bray Wanderers.

At one stage during his Man Utd career, the teenager was sent on loan to the League of Ireland with UCD. The plan was that he would return to train with the English side when possible. It was during one of those trips that Roy Keane proved to be a friendly face.

The day Roy Keane had Kevin Grogan's back

"I went back to train for a week," Grogan told the Long Hall podcast.

"Just randomly, Roy Keane happened to be on the plane. He was in Ireland for some reason. I hadn't seen him in about a year. I was young and shy, didn't know if he'd remember me.

"To be fair, he touched me on the back and said, 'How are you keeping, Kev? I hear you're doing really well with UCD'. He waited for me on the other side of the plane, offered me a lift home.

"The first day, I trained with the youths, the second with the reserves, the third day I was with the first team. At the start of training, you'd do a bit of keep ball. We were doing one touch, piggy in the middle.

"I just remember Nicky Butt absolutely pinging the ball at me. It was impossible for me to control it with one touch. It bounced off me. I went to go into the middle to grab the bib. Roy Keane stepped in and said to Nicky Butt, 'Don't ever do that to him again'. He told me, 'Do not take that bib'. It was nice to have someone like that having your back.

"I met him in the car park that day again. He asked if I needed a lift. I said I was fine because I was going with John O'Shea.

"People have this perception of him but he was great fun around the training ground. [High] standards, yes, demanding, yes. He was a decent guy." 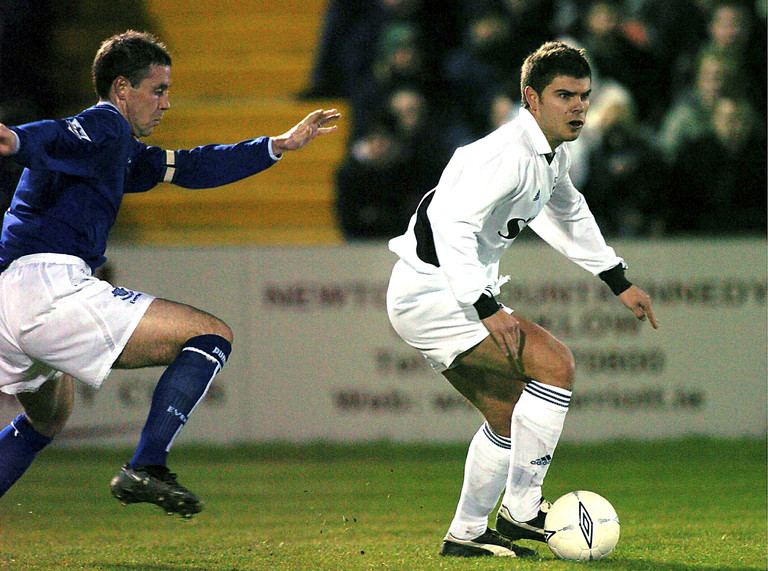 2 March 2004; Kevin Grogan of Bray Wanderers in action against David Weir of Everton during a pre-season friendly at the Carlisle Grounds. Photo by David Maher/Sportsfile

Grogan had spent time with Manchester United between the ages of 11 and 15 before moving to England full-time. During those early years with the club, he thought of Alex Ferguson as being the nicest man you could meet. That changed one day with the 15-year-old saw the manager berating someone on the training ground stairs.

"He had this amazing knack of remembering names, whether it was schoolboy players at 8, 9, 10, 11 or parents or staff," Grogan said regarding Ferguson.

"He just knew everyone's name. It was a massive trait because it made everyone feel part of it.

"I remember one time Alex Ferguson stopping our training session with the youth team. He brought us over to the first team, just to talk us through why these players are in the first team.
"The first thing he said was, 'Look at Roy Keane. He never gives the ball away. He's a percentage player'. Literally the first time Roy Keane got the ball, he gave it away. Everyone just started laughing."

Grogan now lives in the US where he runs Kevin Grogan Soccer. 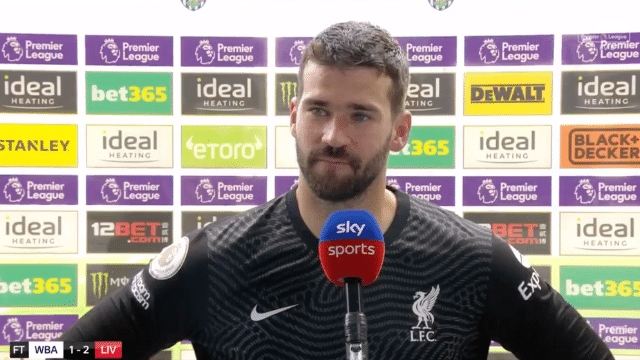