Every week on Balls.ie features a scouting report from the UK on how Irish players are faring in English football. This week the lads behind the popular Brighton stats Twitter feed and Patreon page Albion Analytics have taken a deeper look at how Aaron Connolly functions in the Graham Potter's front three at the Amex. They've also taken a look at what Jayson Molumby will bring to Brighton when he comes through to the senior ranks.

One of the latest off of the Brighton academy product line, Aaron Connolly has started to show in the last few months why Graham Potter values him so highly. The 20-year-old has started all three Premier League games so far this season for Brighton, finishing in fine fashion against Newcastle to open his account for the season. Converting against Newcastle two Sunday's ago must have felt like redemption for Connolly, as the Irishman came within literal centimetres from his first Premier League goal at St. James’ last season, with a hooked goal-line clearance from Fabian Schar denying the then 19-year-old.

His goal on Tyneside was beautifully archetypal of where Connolly can be most devastating, in that left-hand half space – the area between the wide left channel and the centre of the pitch.

From this angle slightly wider of the posts, it idealises the curling finish into the far-right post, the exact way Connolly dispatched the ball past Darlow, as well as past Pope and Lloris last season, when he netted the matchwinner against Burnley and sealed the game against Spurs. Three of his 4 Premier League goals have been scored from this zone, with his solitary EFL cup strike at Bristol Rovers last season also put home from this space. His threat could be linked to playing hurling as a youngster with Castlegar, where he often operated in wide left locations.

Here's how Connolly's stats inside the penalty box look three games into the season. 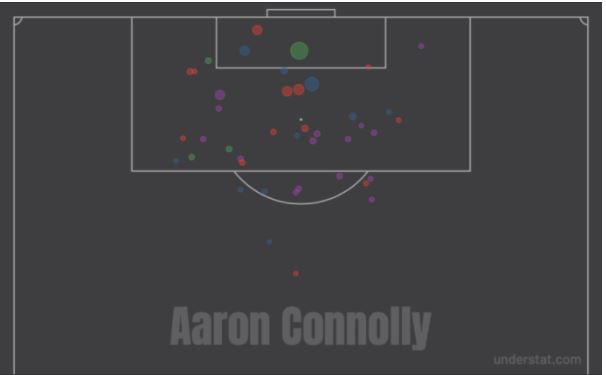 Connolly is also a polished presser of the ball, recording 34 pressures across the 209 minutes he has recorded so far. Most impressively, 38% of those pressures have been successful – leading to Brighton gaining possession inside 5 seconds of the press – which is the highest rate of any forward at the club. As well as being a threat to defenders without the ball, Connolly is capable of being just as dangerous with it.

A frequent winner of fouls, Connolly has won four thus far, which averages out at 1.7 per game, slightly less than the 2.7 he averaged last season. (Of course, the data from this season is from a very small sample size.) Connolly is more than capable of drawing fouls at the rate he showed last season, winning 9 in two Nations League fixtures for Ireland in September. Had it not been for VAR, too, then Brighton would have had a second penalty against Manchester United, courtesy of Connolly. He won both penalties that Brighton had last season, boasting the best Brighton record of fouls won leading to shots and goals, winning 9 and 2 respectively.

Connolly’s breakthrough will no doubt prove to be motivating for his international counterpart Jayson Molumby. The 20-year-old spent last season on loan at playoff-chasing Millwall, where he clocked up almost 2,800 league minutes. He ranked second in the side for short passes completed (961), whilst showing an element of completeness in his game by recording a combined 82 tackles and interceptions. Whilst he may be a less polished article than Connolly, it is without doubt that Molumby massively progressed in south-east London last year, with such performances warranting a role in the Brighton side this season. 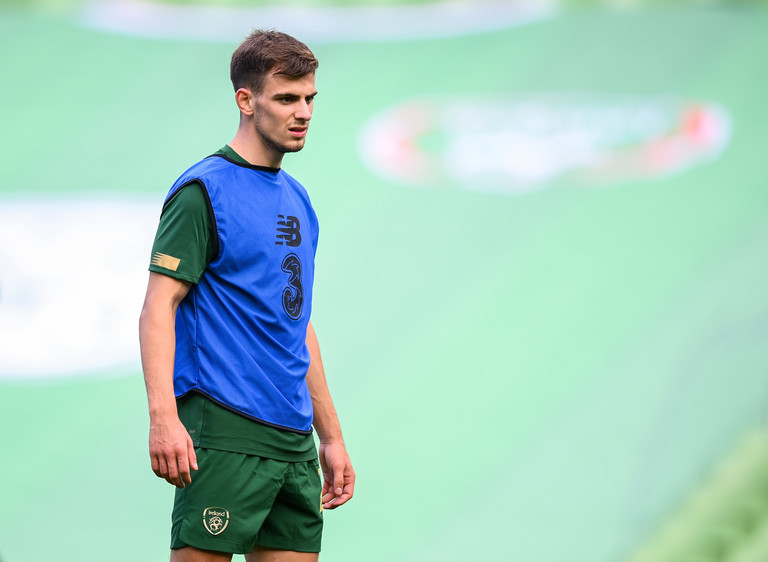 Potter, known for his tinkering and formation fluidity, is prepared to be experimental with the Irishman. Molumby played right-back for Brighton in their 4-0 EFL Cup steamrolling of Portsmouth, and whilst many consider him inexperienced in the role, he performed well; the 5 clearances he recorded was the most in the Brighton back line. Coupling this with the 50+ passes Molumby completed (at a 90% accuracy), 2/3 aerial duels he won, 2 of 4 long passes and 2 of 4 successful dribbles makes for a more than solid performance, though also points to his room to refine his craft.