The future of Sergio Romero was one of the longest, if lower profile, sagas of the transfer window that SLAMMED shut at 11pm last night.

The Manchester United keeper appears surplus to requirements at Old Trafford with Dean Henderson recalled from loan to battle it out with David DeGea for the club's starting spot. Romero was linked to a number of clubs throughout the summer. Aston Villa were said to be interested but couldn't to an agreement before eventually splashing out for Emi Martinez. Lately, Everton was seen as a likely destination with the club desperate to find a decent backup or challenger to Jordan Pickford. Last night, they signed Robin Olsen on a season long loan from Roma.

Romero may still move to a Championship club before the 15th October, but for now, it looks like he's stuck with very little to do this season. An insight in to how the player might be feeling about this came in the form of an angry outburst from his wife Eliana on Instagram last night.

Romero, who signed for the club in 2015, played in the Europa League final in 2017, a 2-0 win over Ajax that was United's last trophy win. Of the starting eleven for that game, only Romero, Paul Pogba, Marcus Rashford and Juan Mata remain at the club.

"The player has to go in and sit down with the manager and say, 'look gaffer, I'm not happy. I want to play, I need to go somewhere and be second choice or even No1. Can you let me go?'

"It's for the player and the manager to sort out, not for his wife to go out on social media... it's crazy."

Watch: Evra Asks Sky Sports To Let Him Go So He Won't Have To Analyse United Games 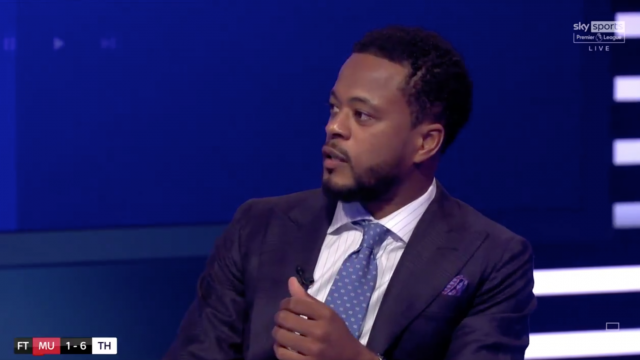