More than 16 years since their last league meeting, Man United and Leeds can finally renew one of the fiercest rivalries in English football.

It's a day that Leeds fans in particular had been dreaming of while the club was shut out of the top flight, so it's a real shame that Old Trafford won't get to welcome both sets of supporters back to add some intensity from the stands.

Despite this, the game itself is a mouth-watering prospect. Leeds under Marcelo Bielsa have returned as one of the most entertaining sides in the division, while United under Ole Gunnar Solskjaer - who played in the last Premier League meeting between the sides in 2004 - are capable of just about anything at the moment, from the ridiculous to the sublime.

The rivalry between the clubs has existed for decades, but the during the Premier League era, it has been a story of Manchester United's dominance, as Leeds have fallen away from the elite group of clubs at the top of English football. 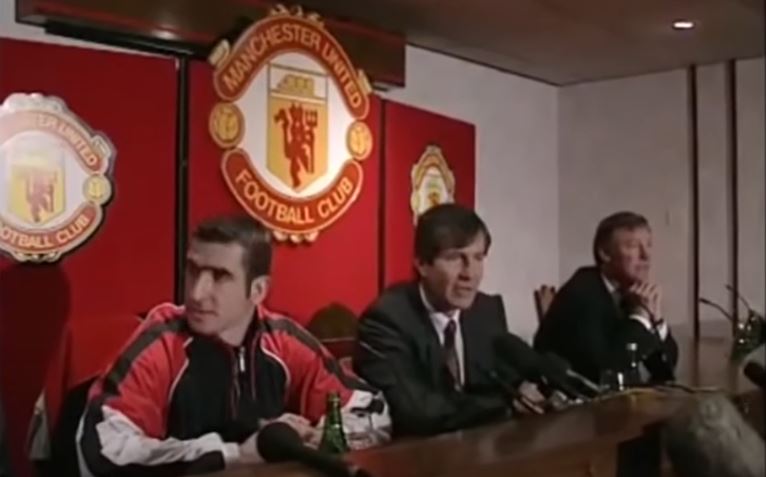 The last time Leeds United were champions of England was 1992, winning the last 'First Division' title in the season before the new Premier League was launched. At the time, many credited their new signing Eric Cantona as the catalyst that drove them to glory, and the Frenchman was a cult hero among the Leeds following. In the first Premier League season, that all changed.

The talented but troublesome Cantona had fallen out of favour with Leeds manager Howard Wilkinson, and he was sold to Man United for £1.2 million in November 1992. Cantona embodied the shift in power between the two clubs, as Man United would go on to win their first league title in 26 years, with Cantona becoming the first player in the history of English football to win consecutive league titles with two different clubs.

At the time, Leeds' decision to sell Eric Cantona was seen by many as smart business and Alex Ferguson was taking a risk that a number of other managers had passed up. As it played out, Cantona quickly became United's talisman and drove them on to the first era of dominance under Ferguson and the £1.2 million transfer fee has been described as the bargain of the century. 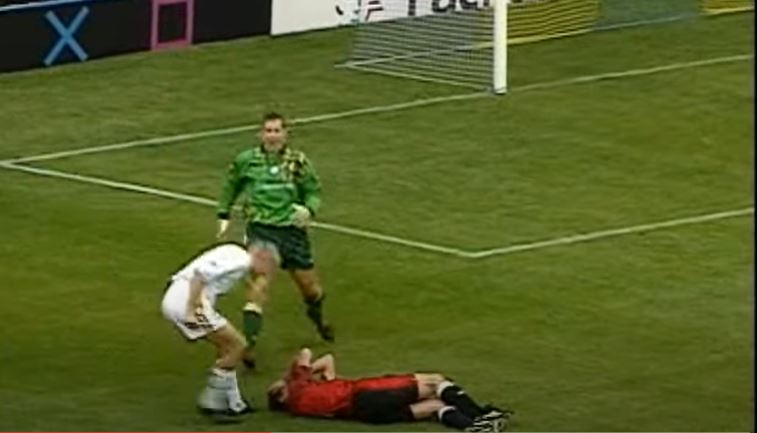 When Man United went to Elland Road in September 1997, they were embarking on a new era following the sudden retirement of Eric Cantona. Roy Keane had taken over from Cantona as club captain, and they had started the season well, going unbeaten in their first nine games. Leeds were no longer serious title contenders at this stage, but their rivalry with United had intensified during the Cantona years and Elland Road was arguably the most hostile ground for Ferguson's side.

Towards the end of the game, Keane found himself chasing a lost ball with Leeds midfielder Haaland nearby, and having sniped at each other throughout the match, Keane lost his composure and through a kick at Haaland that caused the Irishman to snap his own ACL and rule himself out for the rest of the season. The combative Haaland, reacting to the kick, stormed over to the grounded United Captain and hurled abuse to suggest that Keane was feigning an injury.

If history has taught us anything, it's that accusing Roy Keane of feigning an injury will always have consequences.

Years later, Keane would enact his revenge in a Manchester derby while Haaland was playing for City, with an infamous challenge that effectively ended Haaland's career. The description of both incidents in Keane's book, ghost-written by Eamon Dunphy, led to legal proceedings and an FA Investigation that banned Keane for five matches and he was fined £150,000.

The year after Keane first clashed with Haaland, the United captain scored in a classic encounter between the two sides on United's run to the treble. This was the season where David O'Leary took over as Leeds manager following the departure of George Graham, and O'Leary helped re-establish the club as a top contender in the years that followed, finishing fourth that season.

Haaland was in the Leeds team that day, who went in front through Jimmy Floyd Hasselbaink. Goals from Solskjaer, Keane and Harry Kewell had the sides level before a superb effort from Nicky Butt won the points for United in the most memorable season in the club's history. 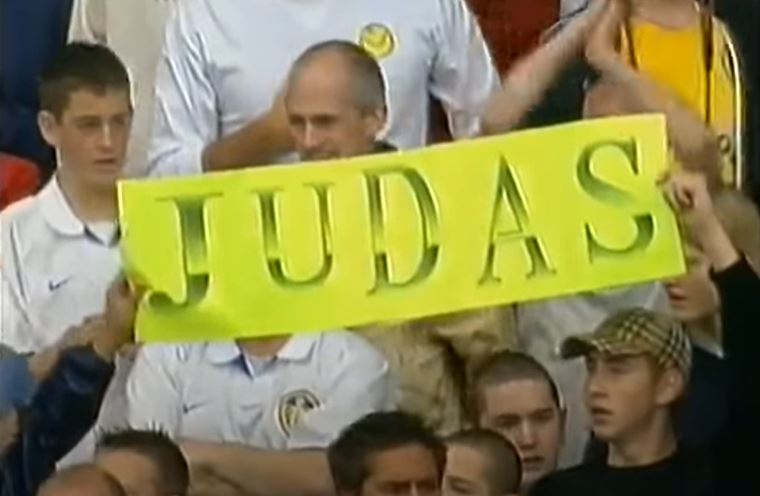 If Eric Canton's move from Leeds to Manchester signalled the shift in power between the clubs, Man United's signing of Rio Ferdinand in July 2002 foreshadowed the direction that both clubs would soon be heading in.

Ferdinand was made Leeds captain following the departure of Lucas Radebe in 2001 and he was quickly establishing himself as England's top defender. Following the 2002 World Cup, rumours of Leeds' dire financial situation had started to emerge and United managed to lure Ferdinand to Old Trafford for a then British transfer record in the region of £30 million, making him the world's most expensive defender.

The former Leeds captain soon returned to Elland Road in a Man United shirt as public enemy number one.

Alan Smith Signs for Man United After Leeds Are Relegated 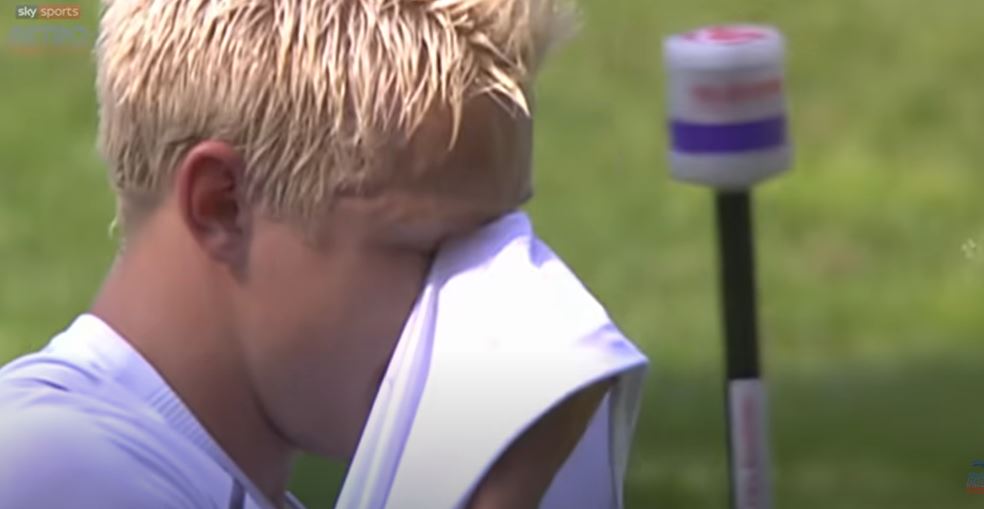 Rio Ferdinand wasn't the last high profile player to cross the divide from Leeds to Manchester.

When Leeds were relegated from the Premier League in 2004, one of the enduring images of their final moments in the division was a teary-eyed Alan Smith saluting the devastated Leeds supporters, knowing that their club faced an uncertain future and their badge-kissing star player would be leaving to ease the financial pressure on the club.

What they probably didn't expect at the time was that he would be leaving for Old Trafford. Smith quickly turned from hero to villain for many Leeds fans as their club began a 16 year hiatus from the top flight and Smith quickly became a darling of the United fans. It was probably a relief for him that he never had to play at Elland Road as a Man United player and face up to the hostility he left behind.