Liverpool left Chelsea in little doubt about the gap that still exists between the sides during their meeting this afternoon.

The Premier League champions thoroughly outclassed their opponents, seemingly toying with the at times. The red card given to Andreas Christensen just before halftime had an impact, but Liverpool were already well on top at that stage.

Sadio Mane's goals made sure of the victory, even if a Jorginho penalty miss late on would have given Chelsea a chance to steal a result.

The man who gave away that penalty was Thiago Alcantara, who made his Liverpool debut after being introduced as a halftime substitute. That mistake aside, he was absolutely exemplary.

You could see why Liverpool fans were calling out for him to come to the club. Thiago demanded the ball from his teammates, picking out quick and incisive passes and continually trying to play the ball forward.

It is already clear that he will drive this Liverpool team to another level, as evidenced by this stat.

During the 45 minutes he was on the pitch, Thiago Alcantara played 75 passes. That's the highest amount of passes played by a player who featured for only 45 minutes in Premier League history.

75 - Half-time substitute Thiago completed more passes (75) than any Chelsea player managed in the entire match. Since full passing data is available for the Premier League (2003-04), his 75 successful passes are the most by a player who played a maximum of 45 minutes. Control. pic.twitter.com/UvHfrw1ggN

He also completed more passes than any Chelsea player despite only being on the pitch for one half.

Most passes completed in the opposition half:

Thiago is the midfield player Liverpool have been craving. Their other options are all excellent players, but they are industrious players.

The Spaniard will offer a more creative presence, one that is capable of breaking down stubborn opposition defences.

Considering this was only 45 minutes in his very first game, we can probably expect him to keep breaking records moving forward. 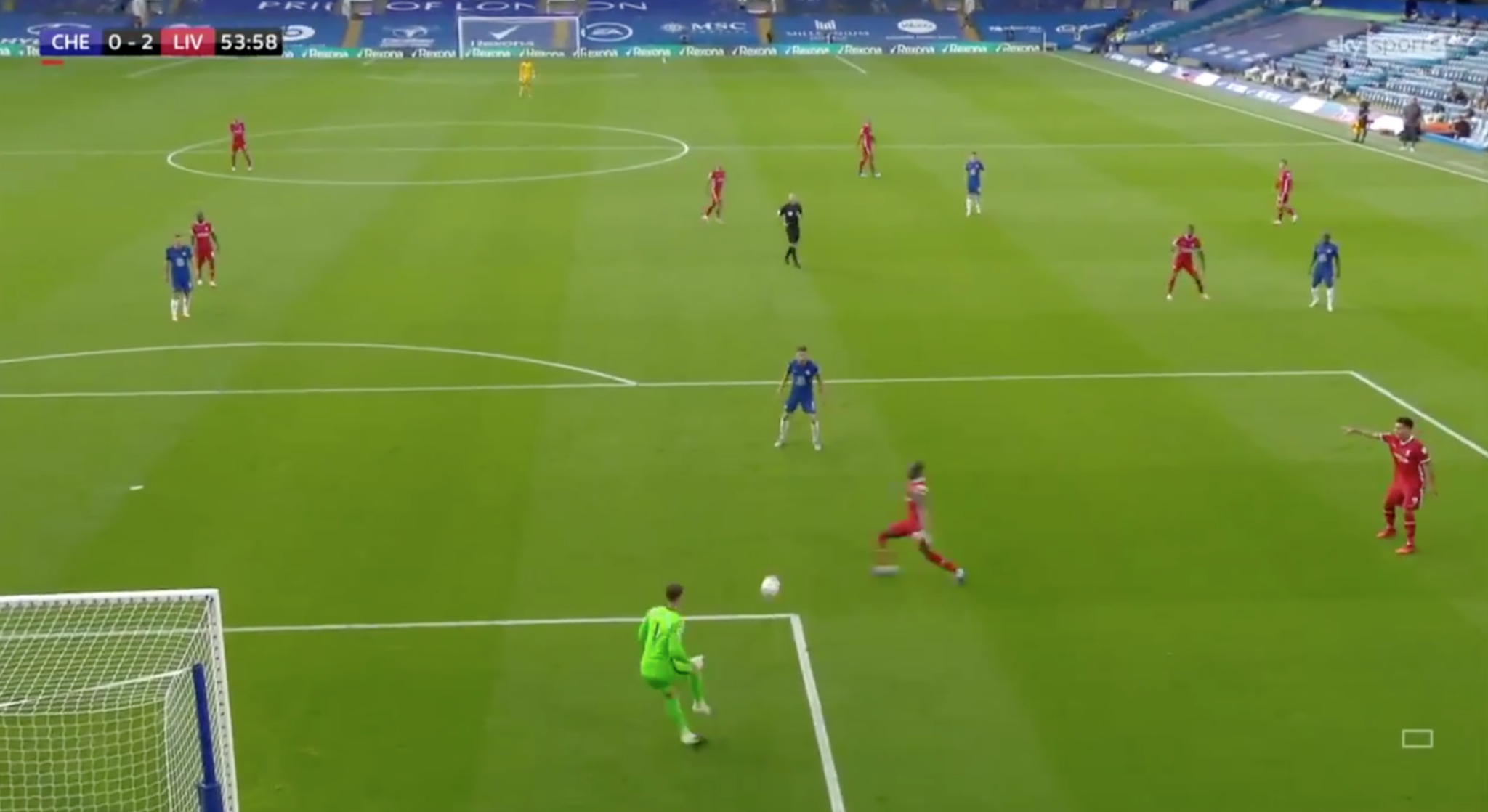 Football
10 hours ago
By Michael McCarthy
Is Frank Lampard In Danger Of Doing A Steve Staunton To His Chelsea Legacy?
Football
1 week ago
By Sean Meehan
Report: Abramovich Mulling Over Move To Bring Avram Grant Back To Chelsea
Premier League
2 weeks ago
By Gary Connaughton
Report: Abramovich Considering Andriy Shevchenko As Lampard Replacement
Previous Next