Anyone watching Arsenal's defeat to Wolves last night will have been left disturbed by the sickening clash of heads between David Luiz and Raul Jimenez that left the Mexican striker needing surgery on his fractured skull. One of the major talking points was Arsenal's decision to allow Luiz to play on, before he was withdrawn at half time.

Brain injury association Headway has called for concussion substitutions to be allowed in football and expressed their “anger and disappointment at football’s continued failings to protect its players from concussion.”

The incident happened early in the game, with Jimenez immediately taken to hospital while a bandaged Luiz played on.

Arsenal insisted the club followed all the protocols, with manager Mikel Arteta saying: “He responded really well to all of them. David wanted to continue but at half-time we decided to take him out because he wasn’t comfortable heading the ball.”

This morning, Watford striker Troy Deeney appeared on Talksport, and dismissed the idea the the decision to stay on or come off be taken out of the player's hands in incidents such as this.

Things have already been taken away from the players.

You’re already told how much you can run, how much you can’t, by sports scientists. At some point there has to be an element of trust between player and doctor. As a player you know when something is not right.

What I would say from watching David Luiz, for the next 20 minutes afterwards, he never looked shaky on his feet, his legs weren’t gone from underneath him. They followed all the protocols (and) he has ticked every box.

“Then afterwards you don’t see anything other than blood to suggest he’s in a bad way at all.

The reaction to Deeney's comments has been generally scathing, with many suggesting his comments are even dangerous.

I like Troy Deeney and agree with him on a lot of things, but this is dangerous nonsense https://t.co/darF5mccWT

This is categorically rubbish. From my experience of 9 concussions, 4 were during games, I was only aware enough of it once to take myself off, another was at the physio’s recommendation and twice I finished the game. One of which hospitalised me for 3 days. https://t.co/hhe33M4LxK

It is so irresponsible of Troy Deeney to even suggest this.

Players would play on for the sake of the game in most cases. Medical professionals must always intervene and determine whether that player should remain on the pitch or it could be dangerous. https://t.co/pkMtxeL8YB

challenged on air. It feels unfair to the news org, the presenter and also to Deeney, who may have changed his opinion. Thirdly, it’s also odd that this opinion would still be out there and maybe it shows how far football has to go in educating all on the science and studies.

I like listening to Troy Deeney as a pundit but I couldn’t disagree more.

As a player you will always try to play through injury, but brain injuries are far too serious to take any risk in the slightest.

The decision has to be taken out of the player’s hands to protect them https://t.co/vV2ALe9Ypa

Should be said I have a lot time for Troy Deeney. But players can’t assess themselves on these things. It needs to be taken out of their hands for their longer term safety.

talkSPORT also received criticism for not challenging Deeney's comments with facts that countered his statement.

For Luke Griggs, Headway’s deputy chief executive, Luiz staying on the pitch in yesterday's game was  big source of concern.

Too often in football we see players returning to the pitch having undergone a concussion assessment only to be withdrawn a few minutes later when it is clear that they are not fit to continue.

That is the very reason why we urgently need temporary concussion substitutes in football. You simply cannot take a risk with head injuries. One further blow to the head when concussed could have serious consequences.

The question that has to be asked is, had the concussion substitutes rule been in place, would Luiz have been allowed to return to the field of play? Would that extra time in the treatment room have led to a different decision being made?

The concussion protocol clearly states that ‘…anyone with a suspected concussion must be immediately removed from play’, while the sport continues to promote an ‘if in doubt, sit it out’ approach to head injuries.

Time and time again we are seeing this rhetoric not being borne out by actions on the pitch. Something is not right. This cannot be allowed to continue. How many warnings does football need? 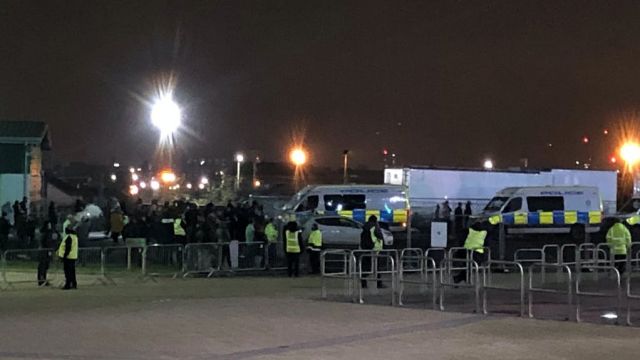