The first Manchester Derby in the Premier League at Old Trafford since 1995 was always going to have needle, however, nobody anticipated what would actually occur.

With the score at 1-1 and the game petering out towards a draw, a United attack on the touchline broke down and their Norwegian midfielder Alf Inge Haaland scooped the ball clear.

He didn't account for Manchester United captain Roy Keane, who steamed into Haaland's right knee with a late and dangerous studs-up challenge.

Keane barely even acknowledged referee David Elleray's red card, he knew what he had done.

What happened that day in Old Trafford has since spawned a mythos which has implications to this day, and is build on foundations from 1997.

In a match between Leeds United and Manchester United at Elland Road in the 1997/98, Roy Keane was trying to chase a through ball before trying to snidely cut down a galloping Alf Inge Haaland.

Keane wanted to exact some semblance of revenge on Haaland for doing a job on him during that game.

“He’d done my head in,” Keane would write in his autobiography. “He was winding me up from the beginning. The late tackles I could live with, they were a normal part of football. But the other stuff — pulling my shirt, getting digs in off the ball — really bugged me. At times Haaland wasn’t even following the play, just concentrating on me.”

However, in the process, Keane's studs caught in the Elland Road turf. His knee gave way and he heard a snap. Keane has ruptured his cruciate ligament. To add insult to injury, as Keane was writhing around in pain, Haaland dished out some advice for Keane to get up a stop faking it. It was a sentiment echoed by his teammate David Wetherall too.

It was something that Roy Keane didn't forget.

So, flash-forward to 2001 and Haaland now lies prostrate on the Old Trafford surface.

“He was an absolute p**** to play against. Niggling, sneaky.

“I did want to nail him and let him know what was happening. I wanted to hurt him and stand over him and go: ‘Take that, you c***.'' - Roy Keane. pic.twitter.com/KJzb293Vby

Keane's own recollection of the incident from his first autobiography tells a harrowing tale.

I’d waited almost 180 minutes for Alfie, three years if you look at it another way. Now he had the ball on the far touchline. Alfie was taking the piss. I’d waited long enough. I f*cking hit him hard. The ball was there (I think). Take that, you c*nt. And don’t stand over me again sneering about fake injuries. And tell your pal Wetherall there’s some for him as well.

Keane didn't forget Haaland (and Wetherall) sneering at him all those years ago, and that tackle was his form of retribution.

Speaking to The Athletic, Dunphy stated that he "took responsibility" for interpreting Keane's words.

“It was a ghosted autobiography, so I put in the quotes and attributed them to Roy and that cost him dearly. I was sorry I got Roy into trouble and that he faced a charge from the FA and got punished quite severely.”

Keane later questioned in his second autobiography that if he was this "madman out for revenge" why did he wait years for the opportunity to injure Haaland?

“I’d played against Haaland three or four times between the game against Leeds, in 1997, when I injured my cruciate, and the game when I tackled him, in 2001, when he was playing for Manchester City."

However, despite Dunphy's apology about getting Keane into trouble, Dunphy had no doubt that Keane set out to injure Haaland. Subsequently, Keane was handed monumental fines from the FA and Manchester United and Dunphy and Keane fell out over the incident.

Or at least, the rumour was that Dunphy and Keane fell out over this incident. Rather, Dunphy and Keane's relationship soured years later when Dunphy was critical of Keane's management of Sunderland.

Nevertheless, around the same time that Keane released his book, Haaland was facing up to the prospect of his career winding down, with knee injuries take their toll on the Norwegian international.

Over a year had passed between the tackle and the book, and with memories fragile, Manchester City's chairman at the time, David Bernstein, brought in lawyers to see if they had a case against Keane for the incident against Haaland.

The lawyers investigated if City had a case for loss of employee, medical bills and the deterioration of Haaland's transfer valuation. Haaland himself was after a loss of earnings.

However, their case was undermined by an article which was published on Haaland's own website.

The headline read 'Knee Injury Wasn’t Caused By Keane' and went onto read that it was Haaland's left knee, not the right knee which felt the force of Keane's Diadoras, that had been troubling him.

In the years after the tackle, Haaland changed his tune and said that it's laughable to think that Keane didn't cause damage to his standing leg.

"If you ask any doctor or physiotherapist, or anyone who plays the game, they know differently. Where you get the blow might be bruised and sore for a few days, but it’s where your standing leg is on the ground and gets twisted that causes cartilage and ligament injuries."

However, considering that Haaland played for Norway just four days after the Keane tackle, as well as starting in City's next game, his argument is founded on shaky ground.

Haaland has surgery on his left knee in the summer of 2002 but could never get fully fit again. He retired at the age of 30 in 2003 and since then, the rumour has persisted that it Keane who ended his career prematurely.

Joe Royle, Haaland's manager at Manchester City on that evening in April 2001, stated in his own autobiography that Haaland took "evasive action" before Keane hit him.

"Our physio told me afterwards, ‘He will be fine. He saw the tackle coming and rode it’... The fact is, though badly shaken by the tackle, Alfie did not suffer an injury that day which put his career in jeopardy." 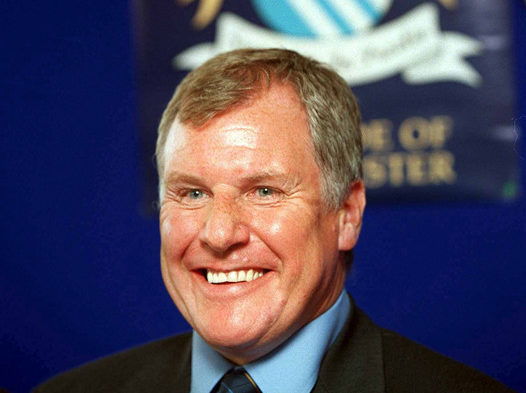 Either way, what relevance does a twenty year-old incident have on the current state of football?

Well, it just so happens that Alf Inge Haaland's son Erling is one of world football's hottest properties. The striker has been courted by every major club in European football, including both Manchester clubs.

Erling is clearly his own player, a completely different beast to his solid if unspectacular midfielder of a father. Coupled with the fact that his agent is Mino Raiola, the super-agent who is religious in his search for the highest bidder.

It helps United's case that Ole Gunnar Solskjaer was Haaland's manager at Molde before his move to Red Bull Salzburg, but the incident from 2001 will be spoken about as a factor in the Borussia Dortmund youngster's decision.

In recent times, Roy Keane has been noted for his entertaining and outspoken punditry, particularly on Premier League games.

Regardless of where Erling ends up playing his football in the future, Roy Keane v Alf Inge Haaland is a historic flashpoint in Premier League history, a soap opera storyline which was laced with violence, hearsay and adrenaline.

20 years on, we still can't help talking about it.

SEE ALSO: It Was A Year To Be Thankful For Roy Keane 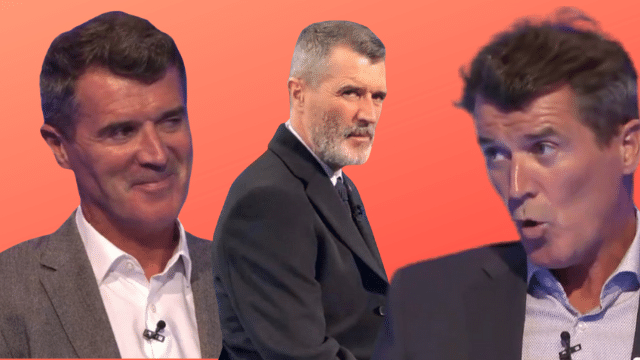