Pre-match interviews with managers are never all that interesting. In fact, we can't actually remember a single noteworthy moment from any pre-match interview in the history of football. If we thought about it long enough, we'd probably come up with some tetchy interview with an Irish manager about team selection but that's about the height of it.

On Monday Night Football however, Leicester City's manager, Brendan Rodgers, pretty much detailed how they were going to beat Leeds United, and then his side went out and did just that. While it wasn't exactly rocket science, it was still pretty impressive.

Speaking to Sky Sports, Rodgers first paid compliments to Leeds and explained why they pose a different challenge to most other opposition: "It's a different style to what you'll see in the Premier League. I think, every other team, they'll press but how they press is normally in a zone. Leeds very much play man-to-man."

🗣 "There's lots of space on the field, they want to attack in numbers but at times that will leave them exposed"

When asked how they planned to counteract Leeds' tactics, Rodgers explained:

There's lots of space on the field. They want to attack, and attack in numbers but at times that will leave them exposed.

[There'll be] space on the sides and centrally, and I'd say we've got the best counter attacking player in the league, in terms of Jamie Vardy. Not just because of his goals but also his timing of his runs, so that's something we hope we can exploit. And Harvey [Barnes] of course, is super fast as well. He scored against Leeds when he was at West Brom.

Sure enough, less than two minutes after the match started, Leicester knocked a long ball down one of the channels, Robin Koch made a mistake, and Vardy pounced to set up Harvey Barnes for the opener. 20 minutes later, Vardy was involved once again. His header was saved by Illan Meslier, only for Youri Tielemans to slot home the rebound.

Leicester and Rodgers' mindset were best exemplified in the second half, however, when their third goal put the game to bed. Leeds had completely dominated the half, and were pushing for an equaliser. Leicester were seriously struggling to get any sort of foothold in the game, so Rodgers introduced James Maddison — a player still returning to full fitness.

With 15 minutes to go, Leicester hit Leeds on the counter attack, thanks to some lovely play by Maddison. He released Cengiz Under, who in turn supplied an assist for Vardy. 3-1. Good night Irene.

Speaking to Sky Sports after the game, Rodgers said: "We played that wee bit deeper because of the space that we would have, and we punished it really well." As noted by Jamie Carragher during the interview, Rodgers' side has evolved this season, and are more comfortable with sitting back and hitting teams on the counter.

It's been working brilliantly away from home in particular, with the victory over Leeds keeping their 100% away record intact. Not bad when you consider their four away games so far have been West Brom, Man City, Arsenal and Leeds.

It obviously won't work out for him every match but it was intriguing to see a manager explain how he's going to set up against a team and then see it unfold right before our eyes.

See Also: What If Premier League Clubs Could Only Hire Former Players As Managers? 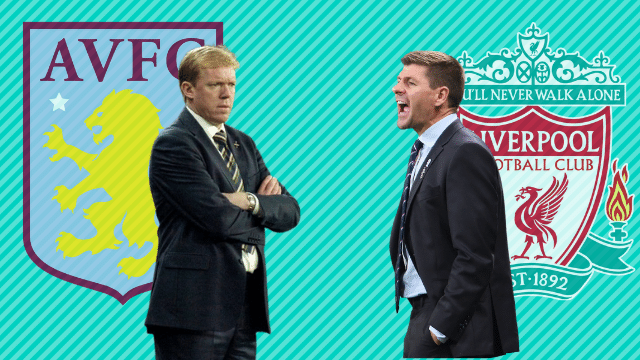