13 Opposition Quotes Which Prove The Greatness Of Paul O'Connell

Paul O'Connell's career with Ireland ended with 108 caps and the adoration of an entire nation.

During his illustrious career O'Connell came up against some of the greatest players and coaches in the game and some of them have gone on record to express their opinion on the Munster man.

Although their battles on the pitch were always heated these opponents have nothing but the utmost respect for one of the games greats. 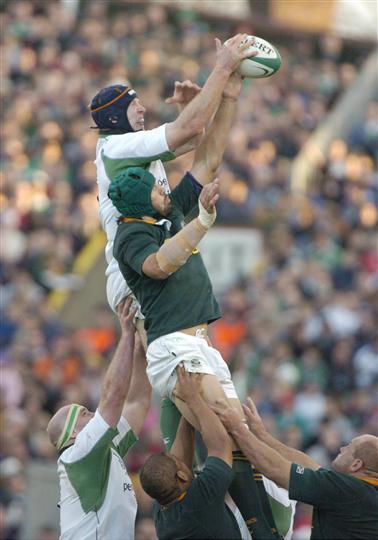 Victor Matfield was one of the finest second rows to ever play the game and the South African was always forthright in his praise for Paulie.

I think he (O'Connell) is a fantastic player, I think he's probably the best player I've played against in my career. You can see he puts in a lot of hours in analysing, preparing and getting his whole unit ready. 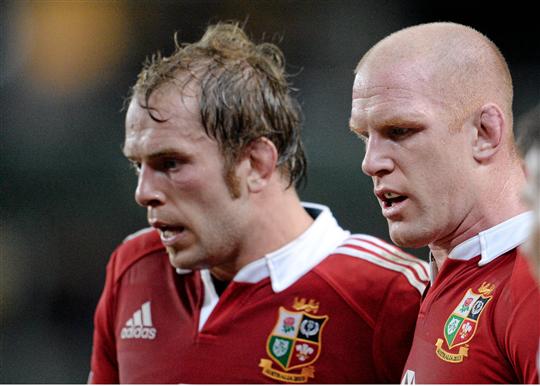 The Wales lock has had the pleasure of both playing with and against O'Connell. The pair lined up together on a number of occasions for the Lions and as well as lining up against each other countless times for Ireland and Wales and Munster and Ospreys.

You associate words like icon and talisman with him. He is the ultimate team player.

I remember a quote of his a while back that puts the role of a forward, particularly a tight-five forward, into the right perception for anyone - it is a job you do to make other people look good, and he has been doing that for Ireland since he has had the jersey.

It highlights his drive and determination for the team, which is more than any individual feat. 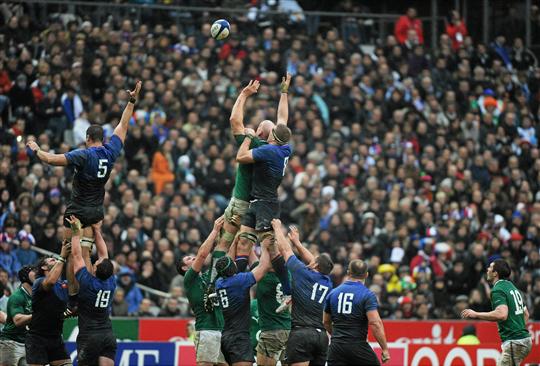 The French number eight was regarded as a maestro of the lineout during his heyday however he revealed that he always found O'Connell impossible to deal with in the air and admired him as a person too.

I remember the first time I was standing beside him and I found him pretty big, In a ruck, he’s quite difficult to get rid of and in the lineout even when he’s caught or when he’s fooled by a dummy he always comes back – he’s always got a wandering hand. He’s never beaten . . . I think he’s the guarantor of the Irish team’s spirit 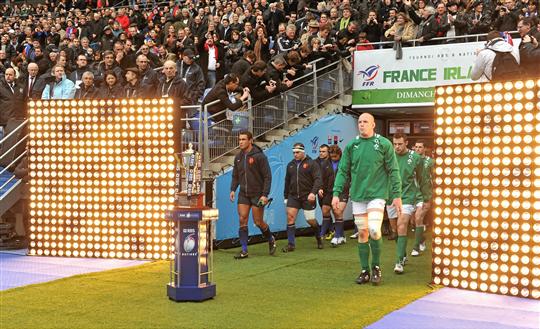 Speaking in the aftermath of the brutal World Cup match that saw O'Connell badly injured, France captain Thierry Dusautoir was full of praise for the Irish captain, outlining the effect his injury may have.

I’m very sorry for him, because he’s a huge player. I think that Ireland will need him for the quarter-final. It’s true that it’s always a hard game against him. He’s a big warrior. 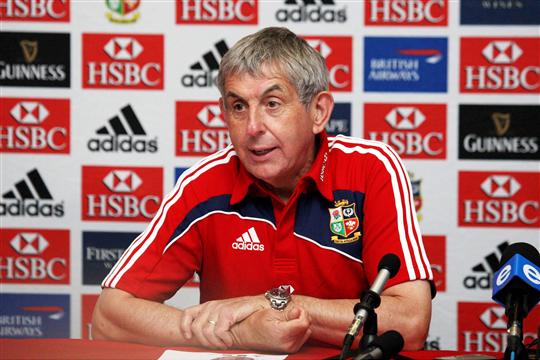 Ian McGeechan is one of very few men to have coached and coached against O'Connell. McGeechan made the Munster lock his captain for the 2009 Lions tour to South Africa, and he holds the Irish skipper in the highest regard.

Paul is one of those players that other players want to play for and he leads by example. For me he is just an outstanding rugby person. 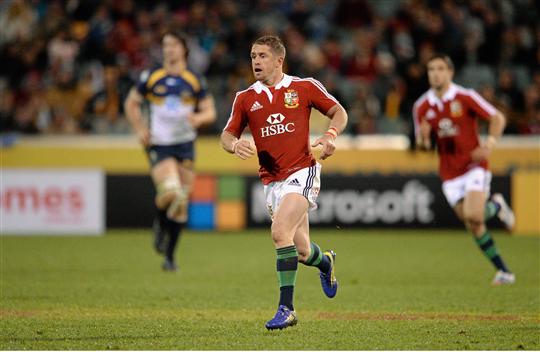 The little Welsh wizard was often the scourge of the Irish team whenever he lined up against O'Connell for club and country but he was also a team-mate of his as a Lion and was full of praise for him whenever he was asked.

I've had the privilege of playing alongside him with the Lion, I've roomed with him a couple of times as well. What's great about Paul is that anything he expects from you as a player, you know you're going to get it from him as well. As a captain I enjoyed playing alongside him because he's a top guy as well. 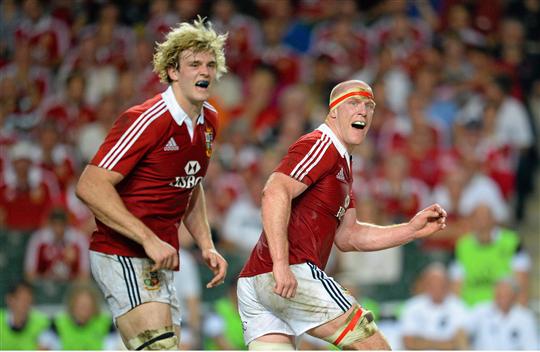 Blonde Scottish lock said he felt star struck by O'Connell during the last Lions tour and that he was full of admiration for the former skipper.

It is a credit to the guy that he has been at the top of his game for years, a real stalwart for Ireland and the Lions. Considering he was out for a few months with injury troubles, to come back the way he did was exceptional.It would be a privilege to pack down with him. 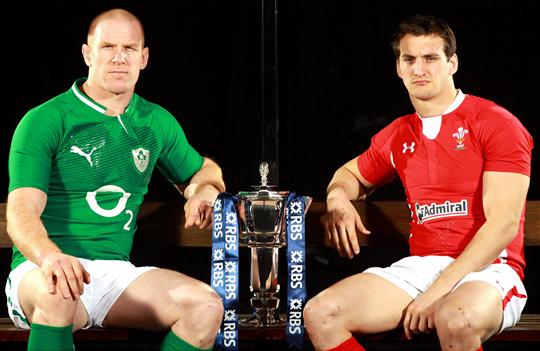 Like O'Connell the Welshman is a talismanic captain himself and is on his way to emulating O'Connell's legendary status in the red shirt of Wales. He replaced O'Connell as the Lions captain in 2013 but he has nothing but respect for the legend. 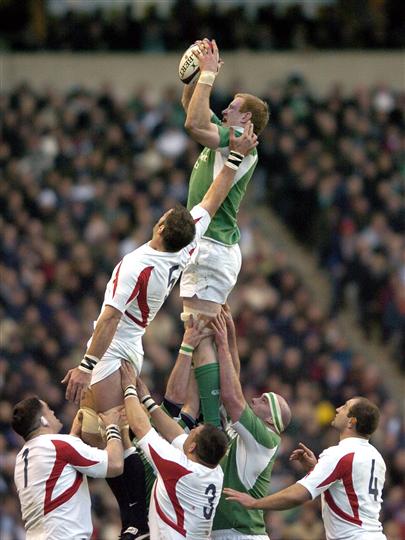 Simon Shaw is best known for his heroic performances in the 2009 Lions tour. The Englishman played well beyond his years and eventually hung his boots aged 38. He had numerous battles against O'Connell for England as Wasps as well as lining up alongside him for the Lions.

Paul's work-rate is absolutely phenomenal, he might not make massive yardage or make the biggest hits, but he's always there screaming at the scrum-half for ball and that enthusiasm from the captain brings the team through. 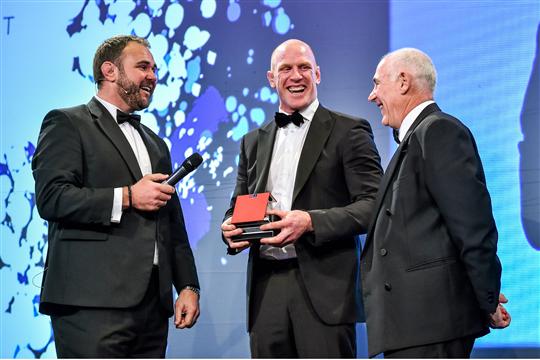 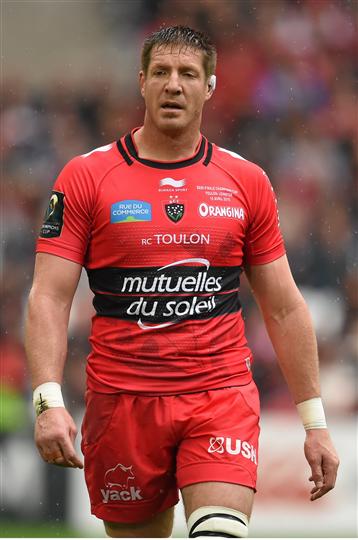 Another man speaking about O'Connell's move to France was lock and former Springbok, Bakkies Botha.

Paul is a phenomenal signing for Toulon, a world-class leader and player 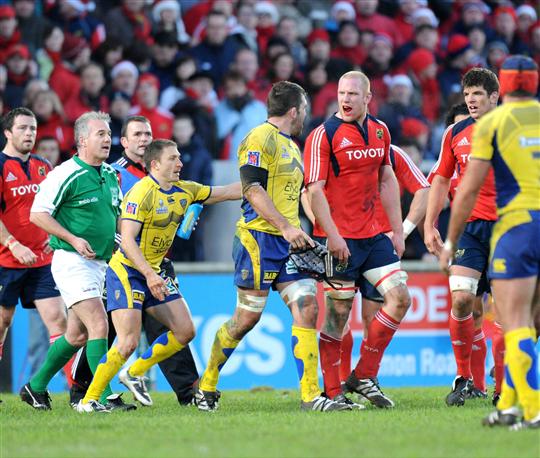 Canadian hardman Jamie Cudmore has a long history against O'Connell, the pair came to blows in a Heineken cup match years ago which saw Cudmore sent off and O'Connell sin binned. Despite their prickly past Cudmore has also expressed his admiration for O'Connell. 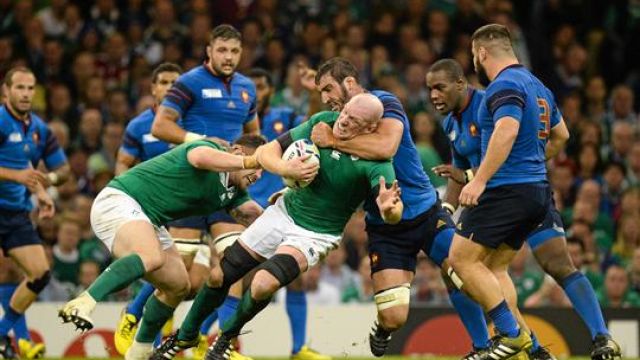 After that World Cup clash, Yoann Maestri headed for the Irish dressing room with his no. 5 jersey clenched in his fist. He hoped to swap shirts with a certain legendary opposing lock. Alas, Paul O'Connell had already departed for the clinic.

He is a very good person, a good leader. When I fight against someone I want to win. I don't want injury for them.

But now he goes to Toulon so I hope to see him again in Toulouse and play against him one more time, and then take a drink with him. He is one of the great players.