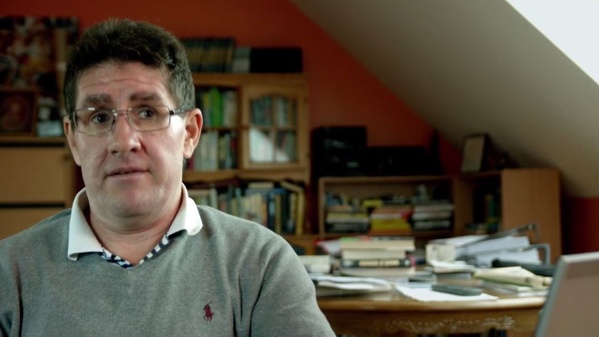 Paul Kimmage is most well-known in recent years for his outspoken views on drugs in cycling and his pursuit of Lance Armstrong. Now it seems that he has set his sights on rugby.

He wrote about performance enhancing drugs in rugby in his column in last weekend's Sunday Independent titled 'Dangerous obsession with size creates bigger need for answers'. He outlined some of the evidence for the use of drugs in the sport, including a recent report by Sky News correspondent Paul Kelso stating that one third of sportspeople currently serving bans for PEDs in the UK are rugby union players.

The report prompted an email from Laurent Benezech, a former French prop who was part of the France squad at the 1995 World Cup. Benezech has a book out, the subject of which is drugs in rugby. The email read: "My God! Time to wake-up England."

Kimmage finished his column by saying:

And Ireland? Be honest, do you really want to know?

The article prompted some reaction from Irish rugby players, Jamie Heaslip and Ronan O'Gara in particular.

@coffeeculture he needs something for controversial content and he'll find it in anything!

Can't sleep after reading @PaulKimmage article ... V interesting .. Maybe there's another reason why RWC2007 went the way it did...

Kimmage did not get the reaction he was hoping for from the rest of the Irish media though and called out Off the Ball and Second Captains.

@offtheball @SecondCaptains Where have all the fearless young broadcasters gone?

Along with the "heavyweights".

In an interview with TheCity.ie published today, the former pro cyclist said that not one journalist had contacted him to talk about his article or Laurent Benezech's book (though Off the Ball say they have contacted him and he will also be on The Last Word with Matt Cooper today.) He says that this is reminiscent to the reaction when he started writing about drugs in cycling, the "it’s these foreigners that are doing it, not our lads" line of thinking.

We want to be fucking cheerleaders. That’s the default position of the sports writer. He wants to be a cheerleader. And there are very, very few who won’t do that. And that’s kind of depressing isn’t it?

Asked by Martin Phelan for TheCity.ie what he thought should be going through the mind of those running Irish rugby after reading Sunday's article, Kimmage was clear.

I think that anybody involved in the sport at that level would have opened that paper, read that piece, closed it and said, ‘Oh fuck’.

This is coming. Definitely.