Ireland's under-20 men's team will finally get the chance to defend their Six Nations crown when the 2021 U20 Six Nations competition kicks off in Cardiff on June 19th.

The championship will take place entirely in the Welsh capital, in an attempt to mitigate the risks associated with travel in the ongoing COVID-19 pandemic.

The tournament will get underway on the 19th of June, with Ireland taking on Scotland in the opening game. All of the games will take place at Cardiff Arms Park, with six day breaks between every matchday.

A full Six Nations Under-20s schedule will be played from 19 June to 13 July with all 15 matches taking place at Cardiff Arms Park #SixNationsRugby pic.twitter.com/hEdAhMFuer

There will be a six day break between matchdays, with every matchday seeing three games played consecutively at Cardiff Arms Park. Matchday squads will be expanded to 26 to compensate for the condensed format.

Ireland, sponsored by PwC, won the last full Six Nations in 2019, taking home a grand slam with current Leinster players Harry Byrne, Scott Penny, and David Hawkshaw all in the victorious squad. They were well on course to defend their crown in 2020, with three wins from three before the pandemic put paid to the completion of the championship.

Ahead of the Six Nations, the Irish U20 squad have met for two training camps, and will meet for a further four day camp in Dublin later this week.

Commenting on the announcement of fixtures, the Six Nations CEO Ben Morel said that the organisers were looking forward to an exciting championship but that, above all, they were happy to be putting on a tournament at all.

We are delighted to be in a position to play the Under-20s Championship this year, having had to cancel it in 2020 due to the pandemic.

The Under-20s Six Nations Championship is an important milestone in the life of many young players who will pursue a career in professional rugby and we would like to thank the unions for their hard work in making this Championship possible and our broadcasters for bringing it to the homes of rugby lovers. We are looking forward to some exciting rugby.

The 2021 U20 Six Nations will add to an already stacked summer of rugby, with 8 Irish Lions part of the touring squad to South Africa. The countdown is now on to Ireland's long-awaited defence of their crown.

SEE ALSO: 5 Of The Greatest Myths In Irish Sport Debunked 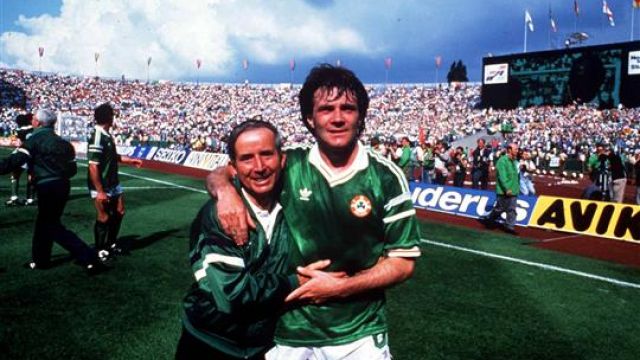 Rugby
2 years ago
By Maurice Brosnan
Why Do Munster Keep Shouting 'Oompa Loompa'?
Previous Next