How Would The Six Nations Have Turned Out If Bonus Points Were Awarded? 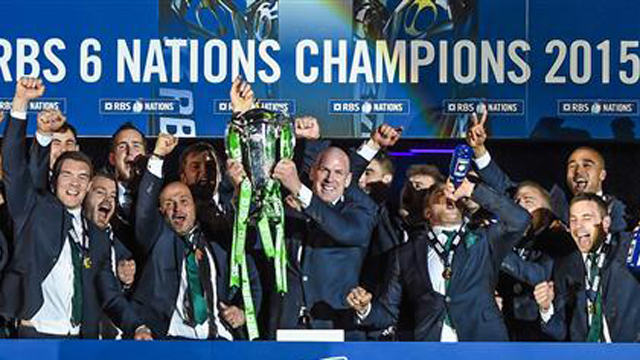 After that manic Saturday of rugby, one thing has been on people's minds. How do we see that again?

There was 27 tries over the three games on Saturday, compared to just 35 in the entirety of the rest of the twelve games of the championship. Rugby fans were treated to some scintillating rugby, just weeks after New Zealand head coach Steve Hansen commented that rugby is getting boring with defenses on top.

The common idea is that England, Wales and Ireland all needed to chase points which lead to all the running rugby and chasing tries, rather than just be content with containing the opposition for victories.

Talk of bonus points being introduced into the competition has gathered momentum. This makes sense, the Six Nations is the only major league in World Rugby that doesn't make use of bonus points. Traditionalists are firmly against changing the system of the oldest rugby competition in the world, but if it leads to more running rugby is it worth it? 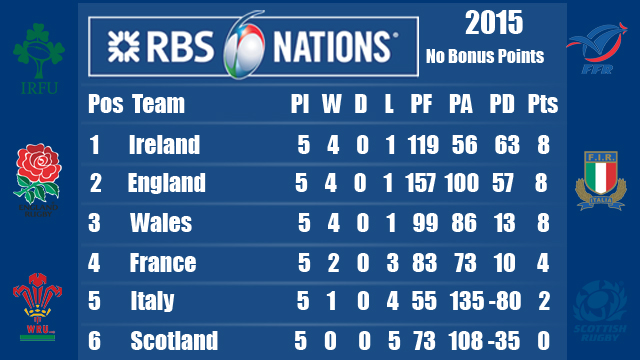 Does it even make that much of a difference? Since Italy joined and it became the Six Nations, there are only three years where the champions would have been a different country if a bonus point system was used. Those years are 2007, where Ireland would be crowned champions by a point instead of losing on points difference to France, and 2013, when England would have had a similar victory over Wales in 2013 after losing on points difference.

Contrary to belief, Ireland's victory this year would not be affected due with Wales, England and Ireland all earning two bonus points throughout the tournament, with Ireland still winning the championship on points difference. 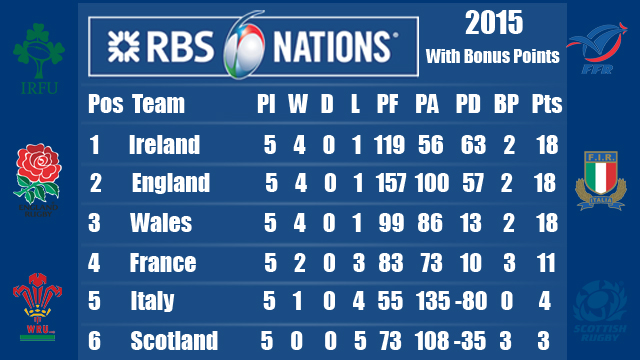 Instead, The other change to the roll of honours would have come in 2002, where England's five bonus points and superior points difference would have overhauled Grand Slam champions France.

Therein lies the problem with bonus points in the Six Nations. It's a possibility that a team that wins every game in the championship will not finish on top. There are many suggestions for how to get around this, including a three point bonus for teams that win Grand Slams, which eliminates most of the logistical issues that those who don't want to implement the bonus point system.

The idea that teams would be encouraged to keep playing to earn four tries is plausible, especially given the focus on the bonus points in the Heineken Cup/Champions Cup in the last few years. There is an argument to say that because England have lost the last three tournaments on points difference will suggest that they will focus on scoring points as often as possible anyway, in much the same reaction that Sir Alex Ferguson had when Manchester United lost the Premier League title on goal difference.

It's interesting to note that in a poll on Wales Online, only 49% of people wanted the Six Nations to incorporate the bonus points system.

The reality is that the bonus point is most likely going to be implemented sooner rather than later, which will give the traditionalist more cause for complain after the increasingly likelihood that the tournament is moving from free-to-air television.