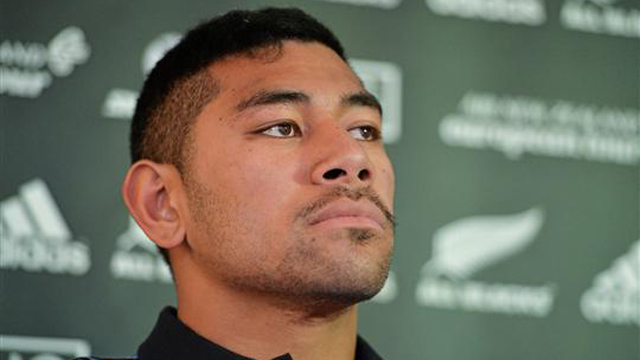 With Ulster confirming the news that Charles Piutau has signed a two year deal that will see him call Belfast home from July 2016, there are a lot of upset New Zealanders out there.

An upset fanbase and awesome youtube compilation video are two surefire ways to ensure that an incoming player will create a frenzy amongst his new fans, but how good is Charles Piutau really? Are those New Zealanders upset for no reason, or are they right to mourn the loss of a talent?

New Zealand Herald ran a story that highlighted the loss that Piutau will be to New Zealand rugby. The 23 year old Blues utility back was expected to be challenging Cory Jane, Israel Dagg and Hosea Gear for the final spot in the New Zealand starting back three along with Julian Savea and Ben Smith.

Piutau, still only 23 and with 14 caps, is a player the All Blacks definitely didn't want to lose.

It's unsure if Steve Hansen will punish him for signing an overseas contract by not selecting him in the World Cup squad, but there is an expectation that he would have been in the 23 man squad at least.

Piutau is an exceptional talent, and was expected to be an integral part of the team that picks apart the British & Irish Lions in 2017.

He's mostly been picked on the wing for New Zealand, but is more suited to fullback or outside centre. In his two years of Super Rugby, only one player (Israel Folau) has more linebreaks than Piutau. He is a devastating runner, and a creative player from either 13 or 15.

Outside of the top three fullbacks in the world in Israel Folau, Ben Smith, and Willie le Roux; Piutau has a legitimate claim to being the next best in the world, and at only 23 will only get better.

Ulster will be getting the best of that.

Ulster fans didn't react with the joy that mirrors the New Zealand reaction, which is a little baffling. Sure it's a lot of money (£500K, it's Northern Ireland remember), and that there are a lot of talented youngsters in Ulster that may not get gametime now, and the NIQ rules will prevent many other spots getting filled, but there are some players are too good to pass up, and he'll be a star for Ulster.

Here is a sample of the reaction in New Zealand social media that leaves Blues fans and New Zealand fans quite upset, you can also check out the New Zealand forums here and here:

The #piutau deal is a game changer for player market here. If anyone tells you this is the normal cycle, they're wrong.

@sumostevenson nooooo.I hope that's an early April fools joke! Way to early to leave. Was just about to solidify a spot in the abs for years

Rugby
2 months ago
By PJ Browne
'I've Not Tried Lying About It. I Supported England Growing Up'
Previous Next

Rugby
2 weeks ago
By Gary Connaughton
Ian Madigan Agrees Deal To Return To Irish Rugby Next Season
Rugby
1 month ago
By Maurice Brosnan
Sensational Offload From Bright Ulster Prospect Epitomises This Ireland Team
Rugby
2 months ago
By PJ Browne
'I've Not Tried Lying About It. I Supported England Growing Up'
Popular on Balls
Football
17 hours ago
By Donny Mahoney
Footballers Point Finger Back At Tories Over Wage Cut Demands
12