Luke Fitzgerald Is Not Short On Self Belief 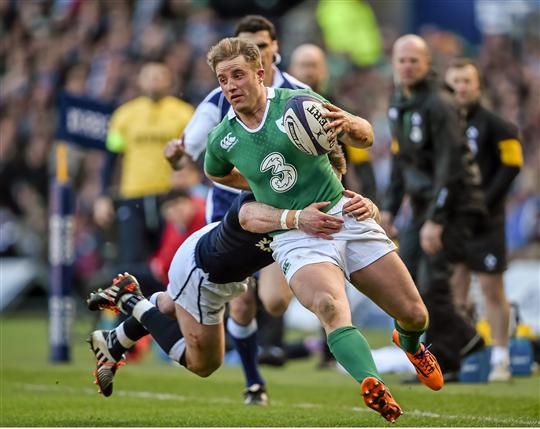 Ever since he was young, there has been a desire in Luke Fitzgerald to be the best. He has been one of the best his whole life. Fitzgerald knew he was the best schoolboy coming out of Blackrock, and he remains one of the last players to skip the academy process altogether to sign professional terms with Leinster. Things were flying for the winger when he was selected to the British and Irish Lions squad in 2009. But they haven't hit those peaks since.

A missed World Cup squad in 2007 was deemed too soon for him, before a horrible loss of form cost him his place in the 2011 World Cup. Since then he's been decimated by injuries. He finally got back to playing at the end of last year, and he hasn't looked back since.

Some onlookers are even saying that Luke Fitzgerald is better than he was. He still retains the unbelievable pace and balance that sets him apart from the rest, but he's grown up. 2015 Fitzgerald picks the right options, doesn't overrun players and plays a smart game. So much so that he's now on course to making his first World Cup squad at the third time of asking later this year.

As for Fitzgerald, he told the Sunday Times that thinks that there is more to come:

You have to give him credit. He's been told his whole life that he is as good as he is, without the rewards coming at certain times. But there's no wavering in his self belief. Perhaps he can finally go about fulfilling his obvious potential as he has been doing since he returned from injury.