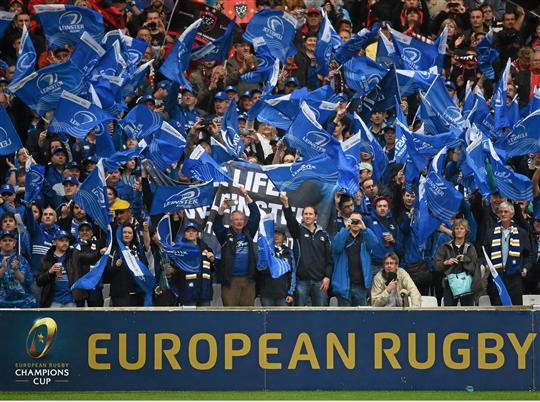 It was close. It was closer than anyone really expected. Leinster performed admirably to keep the might and power of Toulon at bay, and it was just an intercept try between the two teams at the end that cost them.

It was a great effort from the team, and here is how they rated:

This was a good outing from Kearney, who looked a little dangerous in returning kicks, and continues to give the calmness from fullback that a team loves. 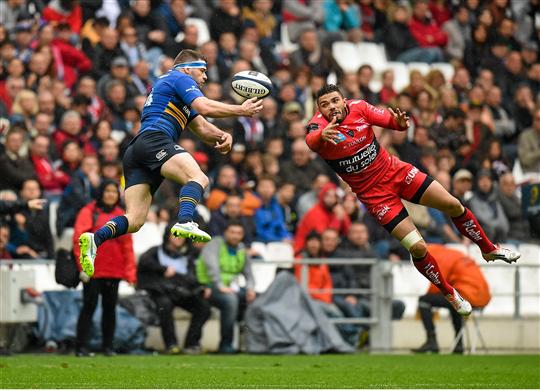 Was part of the horrendous start to the game, but got away with his howler after it was deemed that Chris Masoe was ahead of the kicker. Recovered a little, but didn't impact the game the way he wanted to. Suffered another unfortunate injury that sounds like a broken arm.

Not a force in attack, but Te'o was very very solid in defense, leading the Leinster backline and rarely allowed the Toulon attack to get much space or width. Seven tackles with just one missed represents a good day at the office.

What an up and down game for Madigan. Did really well to charge down Halfpenny early on, which seemed to settle Leinster down. He had moments of brilliant defense and fantastic kicking, to lapses in concentration and awful kicking from hand. He'd then step up and take up It was a sign of his game that he threw the intercept pass.

Fielded a lot of difficult high balls extremely well. It wasn't the game for wingers to attack, but he was very tidy.

Not the greatest of games for Gopperth. That last drop goal miss summed up his afternoon. Guided the team around without mistakes, but never stepped up, and missed the easy drop goal to win it. It was a tough conversation in the end, but the damage could have been avoided if he'd nailed the chance in eighty minutes.

Offered sharp delivery from the base, despite taking a few steps. But was a constant sniping threat to the Toulon defense, beating three defenders in the process.

It was a good performance from Healy. He had Carl Hayman in his pocket at scrumtime, while he had some great interventions at Toulon's breakdown.

Both Leinster and Cronin do better when the hooker starts popping up with ball in hand all over the place. Was steady at his usual hooking duties, but remains magnificent in the loose. Has serious pace. 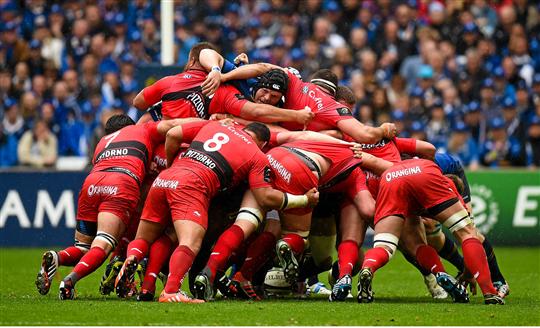 It was quite a battle for Ross at scrumtime, but he had the better of Xavier Chiocci for the most part after a few shaky opening scrums. Forced a good scrum feed win against the head at the start of the second half, and can be very happy with his day.

Nine tackles, none missed and a constant source of lineout ball. Devin Toner did exactly what was asked of him today, and not much else.

One of his better games since arriving from Connacht. Put in some big tackles and was more noticeable for some good play than he has been in a long time. 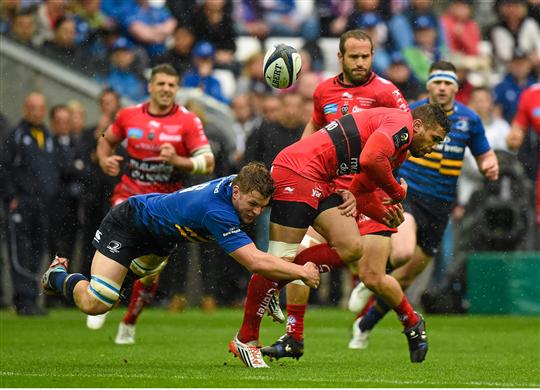 Huge performance from Murphy. Tackled everything, disrupted at the lineout, and ensured that Leinster didn't suffer at the breakdown as badly as last year. The best Leinster player on show.

Struggled in his first big outing against Steffon Armitage on the deck. He had three turnovers himself, but when Armitage went in over the ball, O'Brien just could not move him.

Heaslip was one of the better backrows on the pitch today. Worked his socks off in the first half especially, which ensured Leinster stayed in the game after a shaky opening.

Had one lineout throw that went astray, but was good when it counted. Carried well when Leinster needed it.

Struggled at scrumtime against the Georgian Levan Chilachava, but operated well in the loose, displaying fine twirling ability to beat the first defender at the side of the ruck on two occasions.

Had a brilliant turnover minutes after coming on, and scrummaged very well under pressure from the mammoth Toulon pack. Shows up so well in the loose, and carried really well to get Leinster in the position to score O'Brien's try.

Not on long enough to be rated. Which means a standard 6 of course.

Wasn't on long at all. Carried the ball three times for twelve metres.

Brought some tempo into extra time when Leinster needed it. The play before the Leinster try epitomises how good a replacement Reddan can be.

Not on long enough to be rated. Which means a standard 6 of course.

Had a little impact when he came on, but wasn't on for long. Carried well.