It's big everywhere else in the rugby world, and it's the smaller form of rugby that is debuting at the Rio Olympics next summer - so why is Ireland so slow to take up this quicker form of the sport?

It's not like there is no interest in it, as Simon Zebo demonstrates here, while Ireland have plenty of players that would flourish in the more open game.

Which made us think - how good could an Irish seven's team be? Would they be good enough to win gold in Rio next year if they got time together? Let's look at the team: 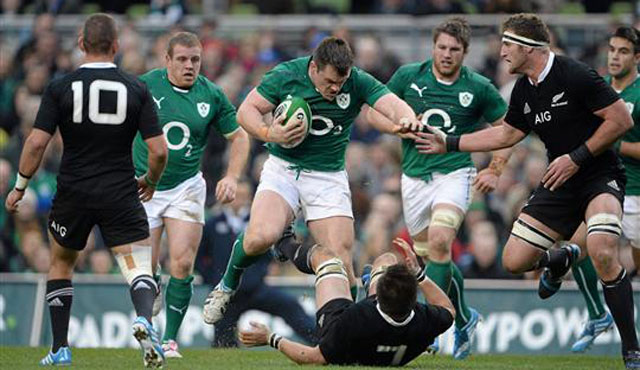 The world's best openfield prop would dominant any collisions in the shortened version of the game. Dynamic, quick and powerful is quite a combination, and his exposure to more space would only increase his effectiveness in the loose when he comes back to the 15-man game. 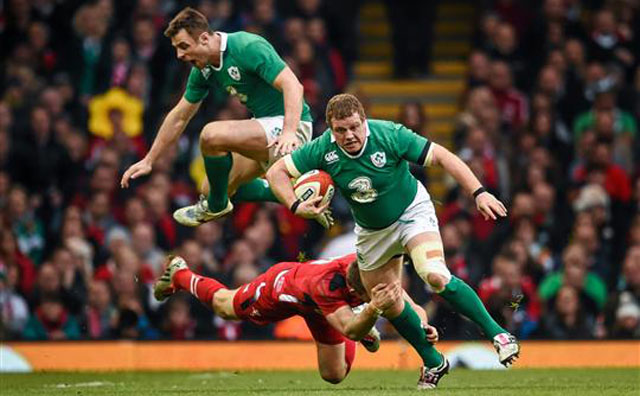 One of the best hookers in the world at the non-hooking duties, Sean Cronin is quicker than most backs, and thrives when given a chance to run onto the ball in wider areas. Giving him the ball with acres more space will only lead to more Sean Cronin busts. 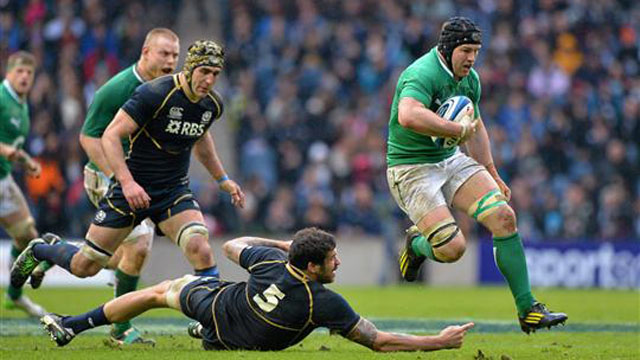 You may have noticed a theme. Quick, powerful forwards who can run and are devasting with the ball in hand. O'Brien covers a lot of ground in defense, rules the breakdown, and is almost peerless with ball in hand.

O'Brien the seven could be one of the best in the game of sevens. 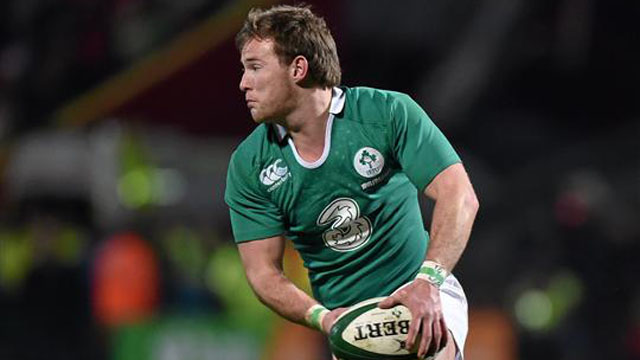 Scrumhalf is still an important position in the shorter game, but it makes sense for Ireland to use their biggest running threat from scrumhalf.

Marmion's biggest strength in his game is his sniping, and devastating sidestep. The thought of him controlling things for an Irish rugby sevens team is mouthwatering. 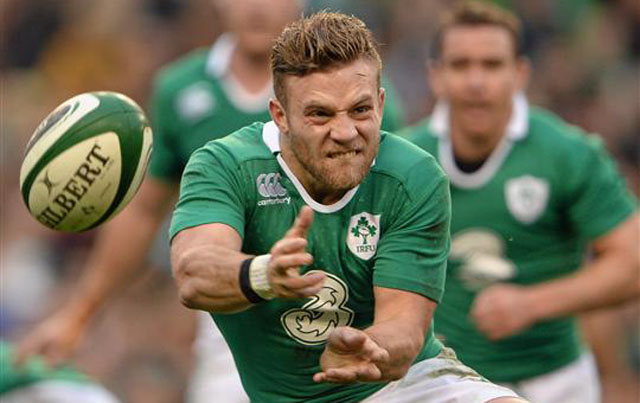 Sevens rugby is known for it's magic, and there aren't many Irish rugby players capable of producing magic more than Ian Madigan.

Game management isn't as important in sevens, and with more space to work with; it's not hard to imagine Madigan working some delicious moves with some talent around him. 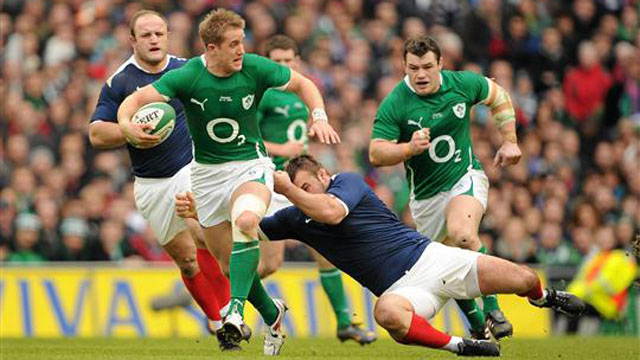 Sevens isn't a game where the centre is used to punch holes up the middle. It's a game that favours footwork. What Irish centre has more dazzling footwork than Luke Fitzgerald? Fitzgerald also has the necessary ability to offload to keep the play alive. 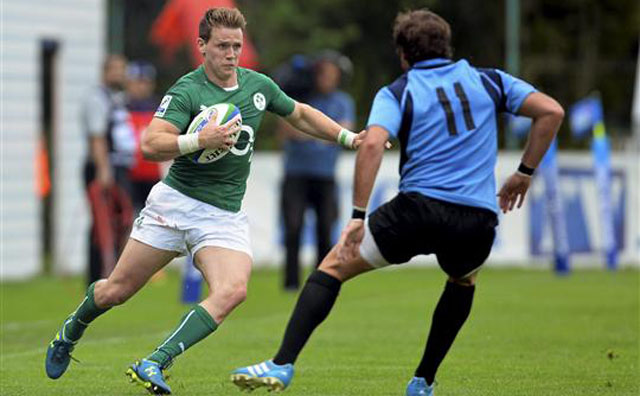 It's a tough choice here, but Gilroy's dancing feet and ridiculous try scoring record gives him the final nod. Ireland have a lot of devasting wingers that would be fantastic at his position, but not many are better than Gilroy at things like this. 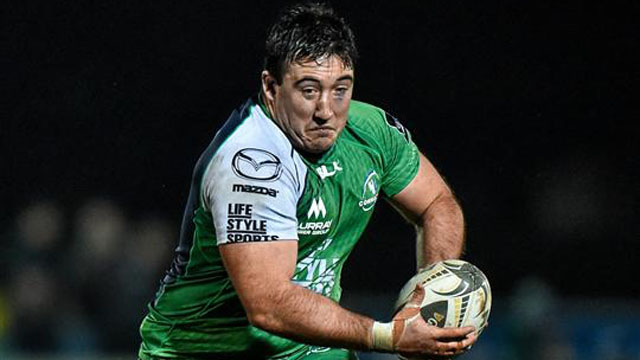 Connacht's young 24 year old loosehead prop would be a many times capped international if it weren't for the factory of looseheads that have emerged in recent years. The freak that is Cian Healy is already keeping the likes of Dave Kilcoyne and Jack McGrath out of the side already. Buckley has enjoyed a breakout year in 2014/15, showcasing some outstanding scrummaging and breakdown skills. He's also a beast with ball in hand, and the willing worker would be a huge benefit to the Ireland rugby sevens team.

He should be a candidate for the sevens team when it is finally formed. 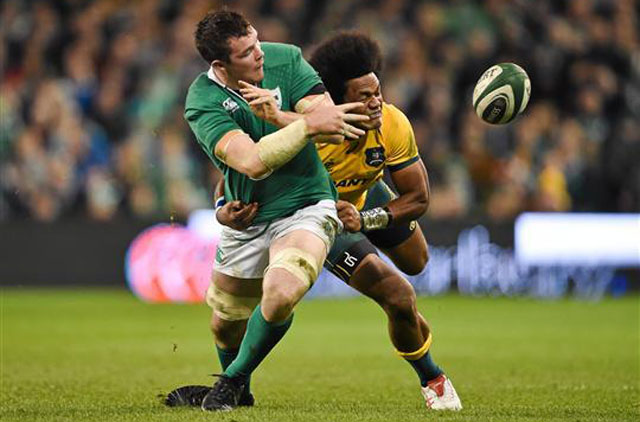 Sure didn't he play on the wing for Cork Con in the AIL? He may not have made Simon Zebo's dream 7s team, but he gets a spot in the ideal Ireland rugby sevens squad.

Just about keeps Jordi Murphy out of the squad, who himself is a bollocking runner both in defense and in attack. 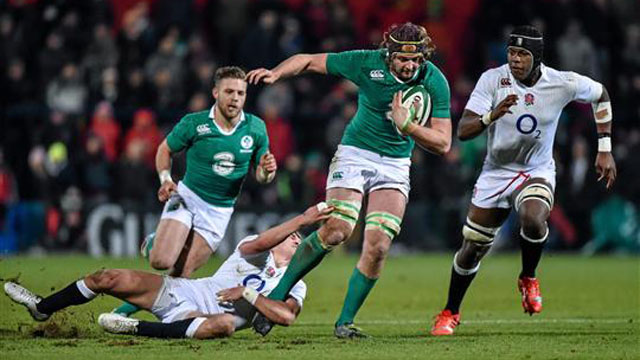 Anyone who has been watching the second coming of Stephen Ferris in Ulster will know how useful Henderson would be to a sevens squad. Unstoppable with ball in hand, he'd thrive in the open spaces. There have been question marks about his work ethic at various points of his career; but he'd be forced to increase his work ethic on defense with more ground to cover.

Another case of an ideal player for a sevens team whose 15-a-side game benefits. 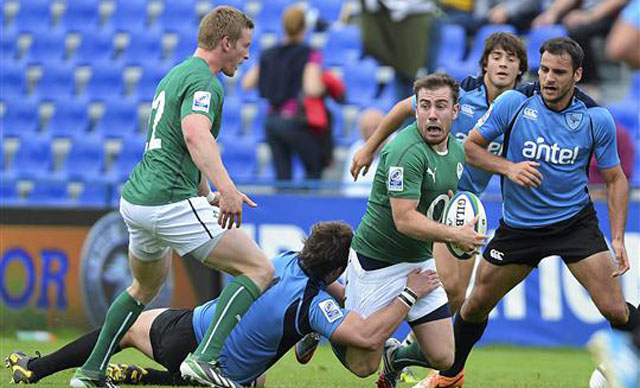 Two reasons for this: One, he's good enough - he's got magic and makes things happen. Two - a Sevens cap would tie his 15-a-side international future to Ireland, just in case England have any ideas after Hanrahan completes three years in Northampton.

He keeps Leinster academy outhalf Cathal Marsh out of contention, who himself is probably Ireland's most ideal sevens player, and should be a certainty to build the Sevens squad around when it eventually gets set up. 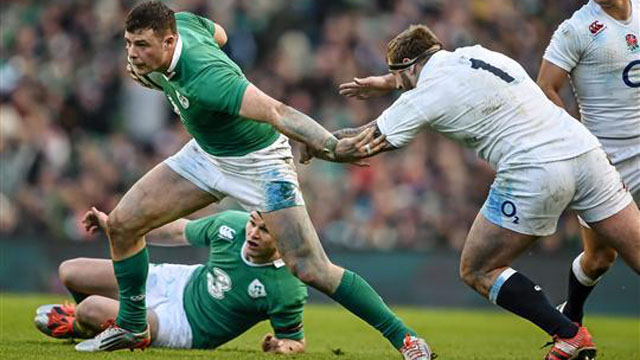 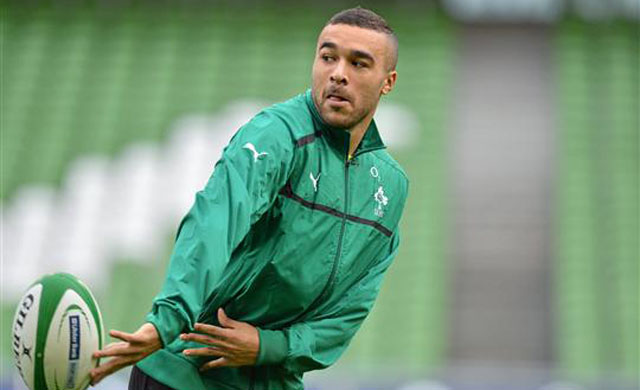 You'd have to have Simon Zebo in the squad. Ireland have a few gamechangers in the backfield in Fitzgerald and Gilroy, but there's something about Simon Zebo that means he would be a great threat too. Always looks dangerous coming off his wing, Zebo has the ability to create even more space that would delight the boistrious crowds on the World Seven's Circuits. 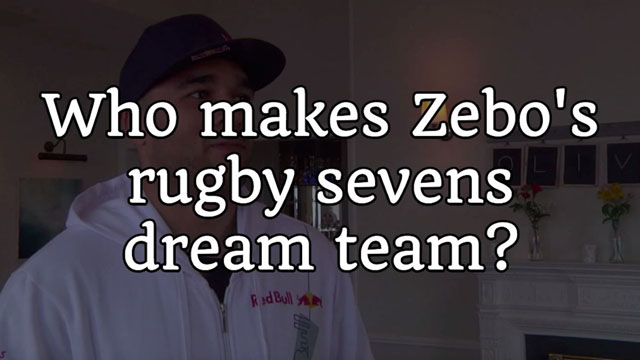