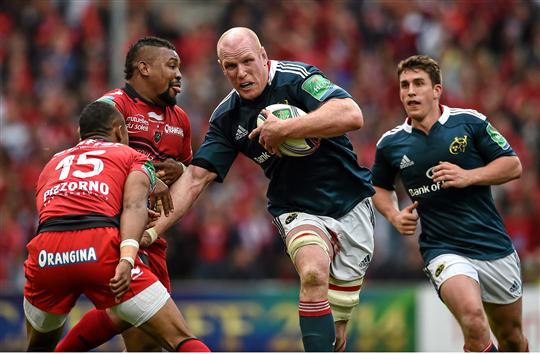 In the midst of denying a move to Toulon or anywhere else in France, Paul O'Connell had a very interesting message for the rugby players of Ireland.

If you want to play at your best for Ireland, I don't think playing in France is the answer for any Irish player

In an age when the financial pull of France is only going to get bigger, O'Connell's viewpoint is certainly noteworthy. It comes just a week after Tommy Bowe enthused about the benefits of staying in Ireland.

O'Connell shot down suggestions that he would be moving to France, and is almost certain to be finishing his career at his home province. O'Connell did admit that he still has decisions to make, but that is done to whether he will continue playing on after the World Cup or not.

O'Connell says he's 90% sure of what he wants to do, but is reluctant to commit to announcing it after talking to his friend AP McCoy:

The day you 100 per cent say, 'This is exactly what I'm going to do' you're kind of stuck with that.

I met AP McCoy a few weeks ago and he said he was kind of punishing himself, he made a decision and he's making himself stay with it. I thought it was a strange thing to say and I don't want to do that to myself yet until I'm 100pc what I'm doing.

O'Connell is adamant that he will not be moving to France however, saying that his contract will not allow him to move. Not that he thinks a move to France would benefit many Irish players with international ambitions.

Speaking on the example from Johnny Sexton and the demands of the French Top 14; O'Connell thinks that the Six Nations rest weeks that would require France-based players to go back to their clubs would have a negative effect on Ireland's international chances:

Look at this Six Nations when Johnny played these big games for Ireland when there's a lot of pressure on him, out-half is probably the most stressful position on the team, and we then have a down week when we can train hard but mentally switch off - he had to travel home and play in a big game.

We know that when O'Connell speaks, players listen - hopefully players will listen to his advice now and stay in Ireland as the French finances become more and more attractive.