Gordon D'Arcy signed his last professional contract during the week as he gave notice that he intends to retire at the end of the World Cup. But given that his last appearance in a matchday squad for Ireland was in November 2014 against Australia, D'Arcy is by no means certain of a place in Joe Schmidt's highly competitive 31 man squad.

There are a number of factors going against D'Arcy right now, not least his lack of gametime with Leinster, and the already high competition for every place in Joe Schmidt's squad. 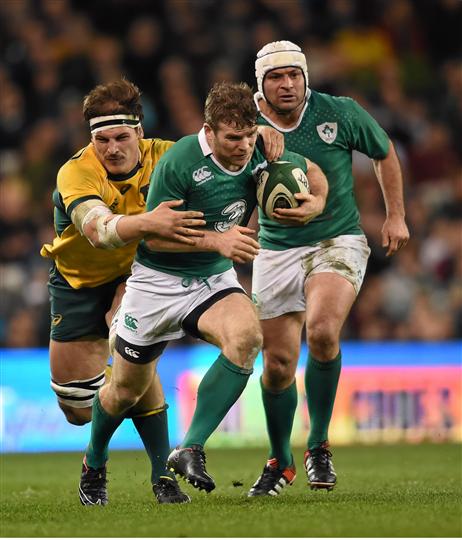 If we assume that nine places will go to front row forwards, with four locks and five backrowers, that leaves 13 spots for all backs in Ireland's 13 man squad. There will be three scrumhalves, at least two outhalves. Then players like Rob Kearney, Tommy Bowe, Jared Payne and Robbie Henshaw are included.

This leaves four spots for the rest of the three quarters - split with two centres and two wingers, or more likely one centre and three wingers.

Those players like likely to come from Simon Zebo, Andrew Trimble, Luke Fitzgerald and Keith Earls for the wingers, with Felix Jones also in contention.

Essentially it boils down to this - does Schmidt trust Ian Madigan enough at 12 that he's brought as the final centre behind Henshaw, Payne and Fitzgerald, allowing room for one of Keatley or Jackson or Keith Earls , or will Madigan go as the second 10 - leaving Felix Jones and D'Arcy to fight it out for the final backline spot.

Even if Schmidt decides to take one less forward, there's no guarantee that the extra name will be D'Arcy's.

The biggest thing in D'Arcy's favour is his heap of experience that would be invaluable in a squad like that. Ireland's centres are extremely inexperienced, whoever they are between Payne, Henshaw, Fitzgerald or Madigan; so adding an 80 test cap veteran to the table would be something that Schmidt would want.

D'Arcy will definitely get the opportunity to fight for a spot in the four warm up games, and will need to impress given the fight that he has.

He will already know what it feels like to miss out on selection for a World Cup after 2003.

See Also: A Date Has Been Set For Gordon D’Arcy’s Retirement