Brian O'Driscoll Has A Message For Paul O'Connell About His Future 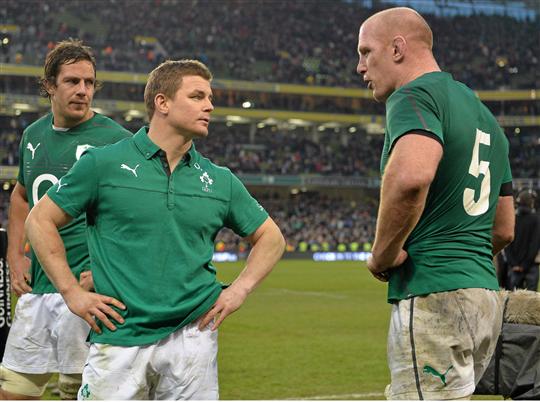 Brian O'Driscoll came out with several interesting nuggets on Off The Ball last night, first talking about his mate Gordon D'Arcy and his chances for making Joe Schmidt's World Cup squad.

O'Driscoll also had time to give a message to Paul O'Connell. Just after the rumours of O'Connell leaving Munster for France had subsided, O'Driscoll brings it back up saying that he thinks O'Connell should go:

There is no smoke without fire and I presume the offer, well the offer is there and Boudjellal has been trying to coax him across. If I was him it would be a perfect opportunity to go spend eight months down the south of France and play with an unbelievable team.

It has been said that O'Connell would 'risk his status as a Munster legend' should he leave and join another club, but O'Driscoll rightfully dismisses this as nonsense:

He has cemented his status down there and could always go back as a coach or as an ambassador to the club or whatever he wants. He has done magical things and that can't be undone.

It does seem unlikely that O'Connell will leave Munster for another club, especially given his contract doesn't run out with the IRFU until June 2016. O'Connell himself has ruled it out for that reason, saying that he's 90% sure about his future beyond the World Cup.

See Also: Paul O’Connell Has A Message For Irish Rugby Players Looking To Move To France