The Ireland Squad If Joe Schmidt Could Only Pick One Player From Each County?

Joe Schmidt has a number of tough decisions ahead of him when he picks his 31-man Rugby World Cup on Sunday. Perhaps it would be an easier decision if he had more restrictions placed on him.

What if only one player was allowed in the squad per county? 31 spots - 32 counties, what would Ireland's squad be like? Would the likes of Cian Healy, Johnny Sexton, and Conor Murray still make it? What about lesser known stars from unheralded rugby counties?

Here's the amazing squad Schmidt could have - supplemented by other county representatives when necessary: 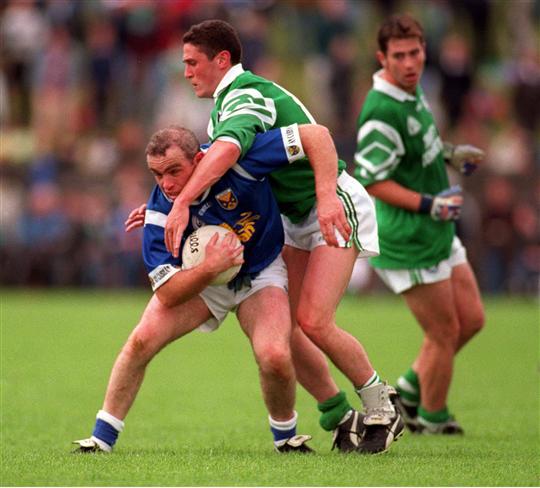 Rumour has it that his blood is actually made of cement. The Cavan half-back of the late 90s is more wall than man and he would defintely come in useful in the scrum.

Offaly's finest export since Brian Cowen - the golfer had to forego a promising career as a utility prop to dazzle the world with his swash-buckling golfing style that brought him a WGC title at Bridgestone.

He still retains a love for the game if this reaction to missing the cut at the Arnold Palmer invitational is anything to go by.

He'd be a great to perform a choke tackle.

Uncle Fester is the best hooker that Ireland have ever produced. As Ireland's golden era slips away, it needs to be recognised how unbelievable Wood was, as the sport gains new followers who would only know him from his BBC and Off The Ball duties.

Doherty travels as a hooker/fullback for his abilities in the lineout and in the air. A valuable unusual versatile player helps cover all positions in the squad. 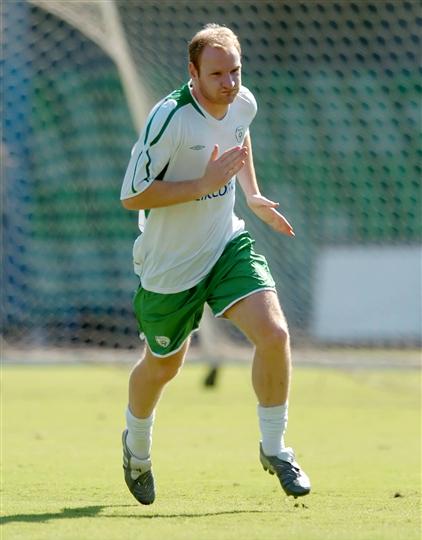 Ever since an intern in the IRFU managed to print out 50,000 blank team sheets with Mike Ross' name at tighthead - the rule has been that Ross has to start in the no. 3 jersey instead of admitting a grievous clerical error.

This unfortunately means that the likes of Simon Zebo, and Ronan O'Gara miss out. 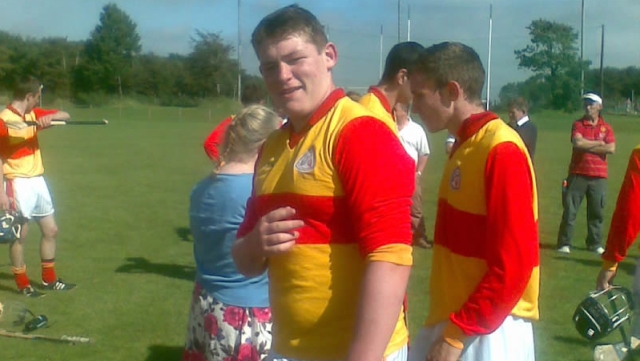 Pure Wexford beef. Irish rugby's problem has always been it's lack of tightheads, but the arrival of New Ross raised Furlong should ease that in the future.

The necessity to include Furlong means that D'Arcy is left at home.

What can you say about Paul O'Connell that hasn't been said already? No one on the island could bring 31 people from such different backgrounds together playing with the fear of God any better than Paulie.

Finding second rows from every county was surprisingly difficult once Devin Toner was ruled out, but the man child that is Henderson is set for a huge World Cup as his influence on the Irish team begins to grow.

The necessity for some second rows means that the Currow ex-international gets the nod ahead of the as-yet uncapped JJ Hanrahan.

A GAA man at heart but we feel he'd be well able to handle himself in the second row. He played midfield for Carrigallen in his day and he'd be a brilliant motivator within the dressing room.

Connacht's maverick has been excellent for the last number of years that hasn't been recognised outside of the province. He's one of the best rugby players to come out of Co. Galway, and Portumna's finest was the easiest representative from Galway.

He loves his county and if he can transfer that love to a love of his country then he'll be a force to be reckoned with.

Cahir's native is desperately unlucky to not be healthy enough to make Schmidt's actual squad. He's one of Ireland's most natural openside flankers, and is currently Tipperary's best current player.

It's hard not to make O'Brien the obvious pick for Carlow. The Byrne twins will be looking to break through to challenge O'Brien as Carlow's most recognisable rugby player. 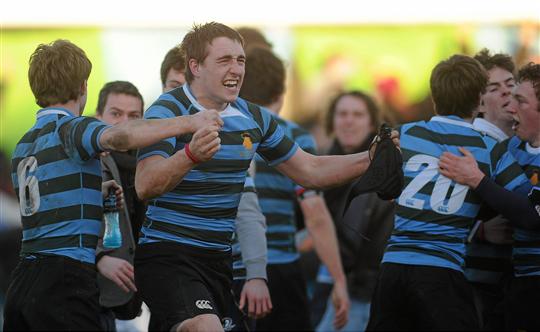 Why settle for one when you can have five? The entire band of Westlife can fit into the number nine jersey, and with pump up songs like "Us Against The World", "What Makes A Man", and "Flying Without Wings" the morale of the squad would sky rocket. 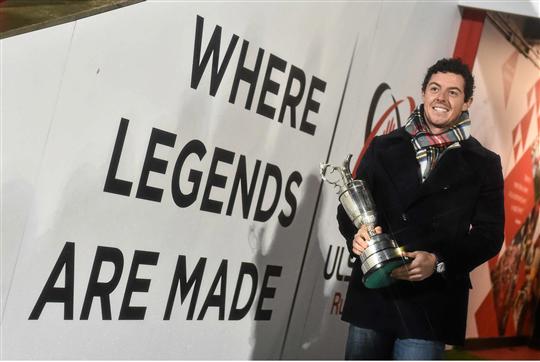 One of Ulster rugby's biggest fans, clearly a fan of playing other sports judging by his recent injury. At 5'9'', and as ripped as he is - the Holywood golfer is a natural scrumhalf, especially with how he places his golfball on the green. Sure isn't that the same as delivering a whipped pass to an outhalf?

Enda is one of the more active politicans in the Dail, and with Gavin Duffy retired, the squad needed a scrumhalf. Enda's sidestepping ability is renowned amongst political journalist and he's a regular in the crowd at Lansdowne Road. 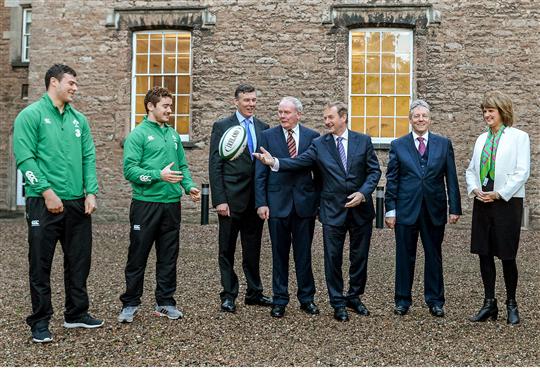 I just shouted at Leo Cullen, "I'd walk through a brick wall if you told me to!" That's my job application delivered.

One of the greatest injustices in recent years is the shock exclusions of Ross O'Carroll-Kelly from Irish World Cup squads. Not anymore, as O'Carroll-Kelly will be named to lead the All-Ireland squad to World Cup glory. Of course, it might not go that well after he realises that 'boggers' are playing rugby - and ends up refusing to acknowledge that Leitrim is a county.

In a shock move, Paddy Jackson's instagram account manages to make the squad ahead of Jackson himself. The famous instagram profile is known for its flair and making a name of out the players that appear on the page - which is exactly the type of X factor that this squad needs. 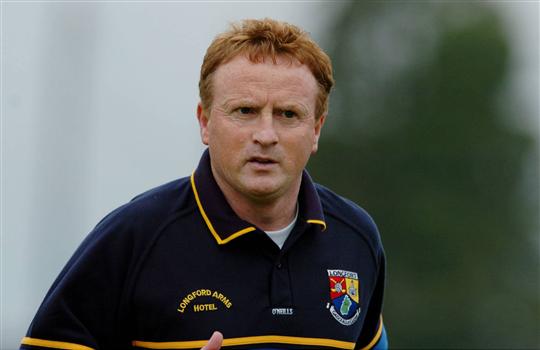 Balls.ie's very own Conor Neville was recently announced at the new Longford boss under his moniker Denis Connerton. Conor's a classic playmaker, with a strong boot and great vision and tendency to try the spectacular.

Well, that's not entirely true - unconfirmed reports suggest they are different people, but they do look eerily similar. Neville was even linked with the Longford job before his lookalike pipped him to the post. 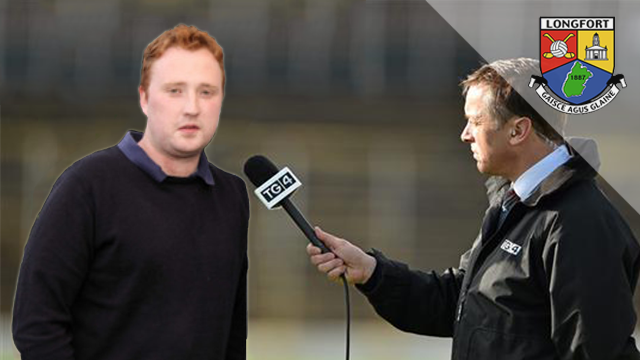 McFadden's versatility helps this squad no end - being able to play in all of the backline positions - and probably a few forward spots if you really really wanted him to. 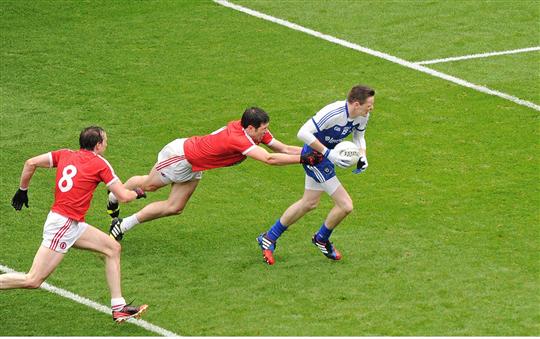 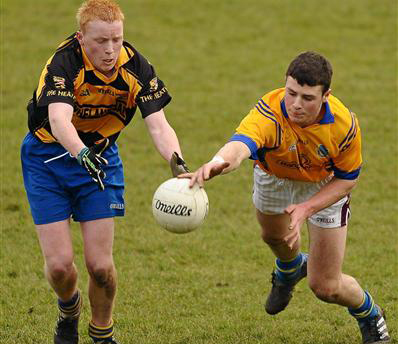 There are 32 counties, and only 31 spots available - so if any player comes from a town that straddles two counties means that I can get all counties represented.

Jack Carty or Denis Buckley are probably more Roscommon qualified than Henshaw, but one county has to 'miss out.'

Picked in the squad solely for his table tennis ability that is crucial in down time periods during the World Cup.

Well, not solely for that he's actually very good at rugby.

Trimble rivals James McClean as Derry's best current sportsperson, and while both of them fulfill Joe Schmidt's mantra of hard working wingers - the female population of rugby fans will want to see Trimby involved.

Irish rugby's most prolific try-scoring winger last season scoring nine tries as the Irish women claimed the Six Nations crown, there's no way she can be left out.

its so funny, with johnny and Isa back in the squad its like 2011 all over again, i had a chuckle to myself over that one #dejavu

It's a fact that every squad needs someone to say exactly what everyone else has realised, to promote professionalism of bed times and the benefits of full fat over low fat milk, and no one does that better than the Kearney brothers.

2003 was meant to be the time the Geordan Murphy set the world alight. An unfortunate leg break in a warm up game with Scotland means that he never had a chance in his prime - but he's getting a chance now in this squad.

Rugby
19 hours ago
By Luke Delaney
Quiz: Can You Name Every Leinster Player To Score A European Cup Final Try?
Rugby
1 day ago
By Eoin Harrington
Ronan O'Gara Says Lions Rejection Has Pushed Johnny Sexton
Rugby
2 days ago
By Colman Stanley
The Lowdown On An Incredible Few Days For Irish 7s Rugby
Previous Next