Ireland had one job today. The task of building towards a World Cup, developing squad depth and blooding new players was parked in favour of salvaging the series down under. Victory was a must and the series was at stake. In the end, the return of big game players was the difference as they won on a scoreline 26-21.

End of the season tour or otherwise, the test was played at a ferocious pace and was a bruising encounter. Joe Schmidt's side once again struggled to take full advantage of their chances but were improved at the breakdown and set-piece. Simon Easterby's midweek work clearly paid dividends with a line-out effort that was a perfect 100%.

There will be elements of Ireland's decision-making and execution with tryline in sight that will frustrate Joe Schmidt but overall the victory was well-deserved and the sides are now set for a thrilling series decider next week. A win in Sydney would be the perfect ending to a glorious season for Irish rugby.

Never had a huge impact on the game but was decent when called upon, particularly under the high ball. Excellent cut off the line at the death to make a big tackle and halt Australian monument. 53 metres made from 12 runs is a fine return in a game as combative as this. 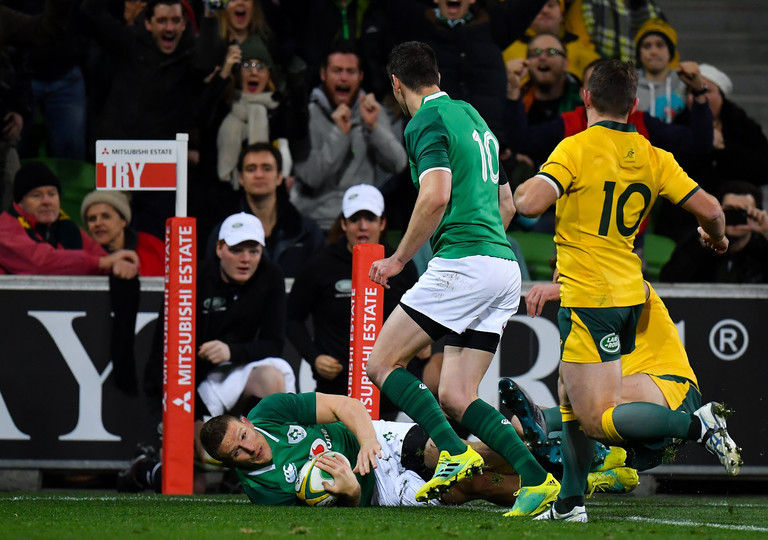 Finished his try well but seemed to pick up a knock in doing so. Replaced by Jordan Larmour after 15 minutes.

There was a moment at the start of the second half where some clever footwork and superb hands from Ringrose opened a gap in Australia's drift defence and Ireland tore through. Off the next play, the first carrier was once again Ringrose. Fantastic tackle at the death as the Wallabies went in search of a late winner. Has carried his club form into the end season.

Henshaw stood in as first receiver more than once and Ireland had clearly worked hard to introduce more variety in their attack. His handling was brilliant and has now developed a profitable relationship with Ringrose that allows for superb swarm defense.

Starved off possession but still managed a stunning take in the first half. Very unlucky not to be awarded a try. Everything he touches seems to turn to gold at the moment.

It is no surprise or slight on his competition that Ireland improve exponentially when the Leinster man plays. A world-class out-half who fixed defenders, pinged Australia back into the corners and nailed a conversion all within the first 10 minutes. Totaly mishit on a long-range penalty while Healy was in the bin. Second half effort on both sides on the ball was fantastic.

His ability is well-established but Murray demonstrated his remarkable rugby brain today. Brilliant vision and patience for the first try. Managed the game tempo a lot better than last week and kicked a lot less but more accurately.

Put Kepu under early pressure with two big scrums and forced a penalty to give Ireland the lead. Healy's contribution was not limited to the scrum and he was particularly impressive at the breakdown. A really costly infringement in his counter-mauling that resulted in a penalty try and yellow card. Replaced by McGrath early on after the break. 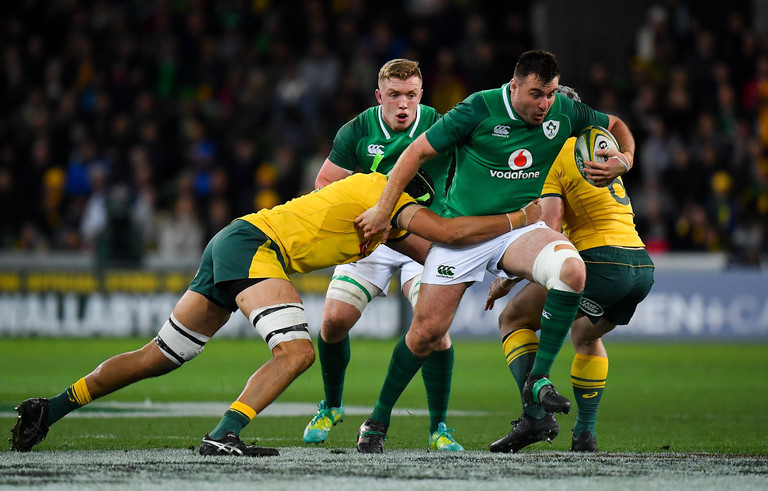 Handled the first scrum well and a strong carry early on. His first line-out throw was crucial as Ireland looked to respond to an early blow and the feed was on the money. Replaced by Scannell just after half-time.

At one point in the second half, he made a 25-yard break and at the end tried to fire a cross-field pass to his winger. So much more than your average tighthead. 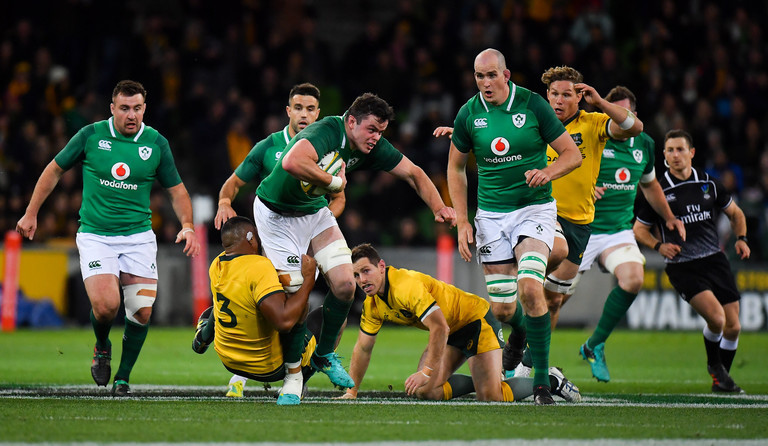 Coming off the back of his first ever loss in professional rugby, Ryan was determined to not make it succesive ones. 11 carries, nine tackles, none missed. Peerless.

Usual reliable performance from Toner. A welcomed return in the line-out and his defensive work was its usual tireless self. 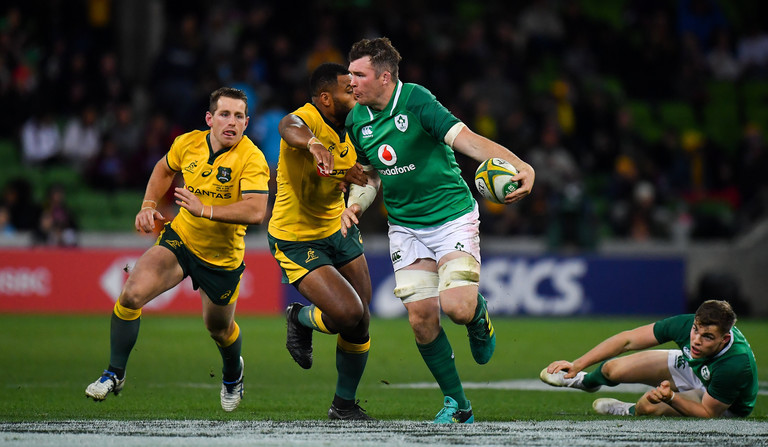 The build-up to this game has been dominated by discussions of the back-row contest, but it was predominately Pocock vs Leavy that had peoples attention. O'Mahony emerged to out-Pocock Pocock at the breakdown forcing two penalties with his jackal ability in the first half. His line-out jumping gave Ireland two surefire outlets in the set-piece with Toner also a reliable receiver. O'Mahony handled referee Paul Williams well. A magnificent performance.

Started brightly but faded from the game in the run-up to the break. Replaced by Jordi Murphy at half-time. Will be really disappointed with only one successful tackle while on the pitch.

Jordan Larmour was introduced early in the first half and once again held his own. Tadhg Beirne got on for his debut, Jordi Murphy came and made a great steal, Andrew Porter brought big aggression in his ball-carrying and Rob Herring was once again impressive. Jack McGrath unfortunate to fall victim to some erratic referring and shown a yellow card with five minutes left. One change Schmidt definitely didn't expect to make, as he said in his post-match comments:

We had Joey Carbery come on for Devin Toner, I don't think I've seen that before. I don't want to see it again!

Rugby
8 months ago
By Emmet Bradshaw
Horgan And Williams Divided On Devin Toner's Inclusion Against England
Rugby
8 months ago
By Shane O'Brien
PHOTOS AND VIDEO: Bono Visits Irish Rugby Team Ahead of England Tie
Rugby
1 year ago
By Maurice Brosnan
IRFU Issue Statement In Response To 'Scurrilous' Stephen Jones Article
Popular on Balls
The Rewind
20 hours ago
By Gary Connaughton
Quiz: How Well Do You Remember The 'Friends' Roommate Quiz?
3