9 Things We Are Hoping For In 2016 For Irish Rugby 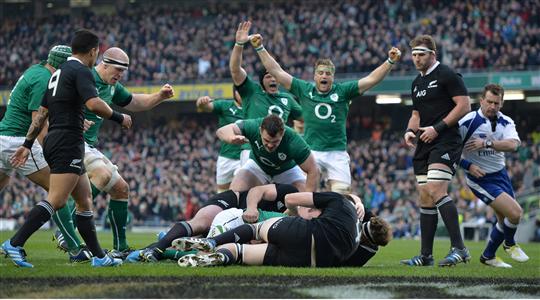 With two chances to do so, neither of which happening in New Zealand; this is probably our best chance to beat the Kiwis for the first time in the 111 years that they've been playing. New Zealand will be in flux after the mass exodus to Europe following the World Cup, and any sort of victory - an ugly 3-0 win - will do. We're getting closer after heartbreaking losses in 2012 and 2013, and this will be the first chance to set the record straight from those games.

Connacht Qualify For The Champions Cup

Connacht have been at the top table of Europe's elite just three times in their history, each time qualifying off the back of Leinster's achievements. They haven't been back in the Champions Cup since the English kicked up a fuss. Their early season form has given them a huge chance after narrowly missing out last season, and everyone in Irish rugby wants to see westerners do it.

Marquee Signings That Excite The Fans 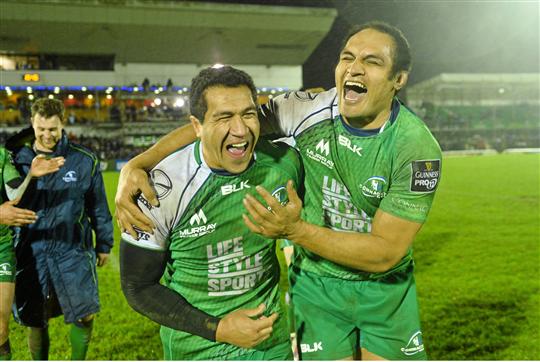 Much is being made about the quality of the players that the Irish provinces are importing, and how a big name player can energise a fanbase and a squad. Ulster will be getting that when Charles Piutau arrives next year, but the other provinces could use a spark. Connacht benefitted from the signing of Mils Muliaina, who brought an energy to the squad before it became apparent he was past his best. Munster in particular could use a big name to buy into the culture.

There doesn't have to be that many. Two or three big names between the southern provinces to go with Piutau up north would be huge.

It might seem like a frivolous pipe-dream, but the World Cup showed that winning rugby is offloading rugby. The attacking play shown by Argentina, Australia, and New Zealand was magnificent, and hopefully the northern hemisphere is taking note. It's not a coincidence that Connacht's good form came when they improved their skills and started attacking. Will Joe Schmidt loosen the shackles on Ireland in 2016? Here's hoping. 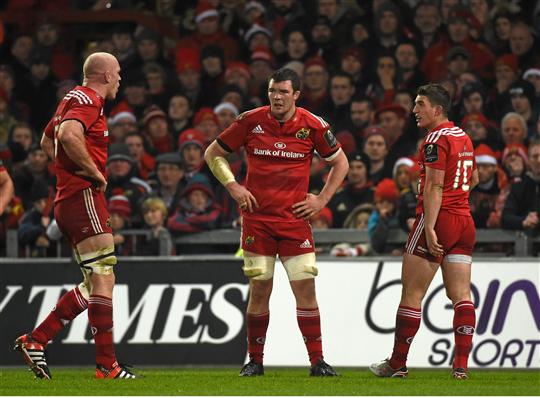 There is a clear Paul O'Connell sized void in Munster at the moment, and it's the biggest factor in their dire run. The absence of Peter O'Mahony isn't helping, and neither is Conor Murray's injuries. CJ Stander does his best to step up for the province, but they need more leaders to come through and guide them through and stop the rot.

Peter O'Mahony's return will help thing, but for the sake of Munster rugby, I hope it doesn't last that long.

It's time to Stand Up And Fight.

Technically Munster are still in with a chance of qualifying for the knockout stages of the Champions Cup, but the back-to-back losses against Leicester have severely dented their hopes. Ulster's victories over Toulouse mean they are in with a big shout of reaching the final eight, even if they lost in Saracens. Their run of form means they've a fantastic chance, and Irish rugby could really use some European participation past January.

The sheer numbers of players falling by the wayside through knocks and bruises is ludicrous. At one stage, Connacht had lost 22 players - and there were at least 44 players throughout the country unavailable.

In such a small country, that isn't sustainable. Joe Schmidt is likely to be without a number of his first choice stars for the Six Nations, with others drastically short of match fitness. Here's hoping the injury curse relents.

Young Players Given A Chance 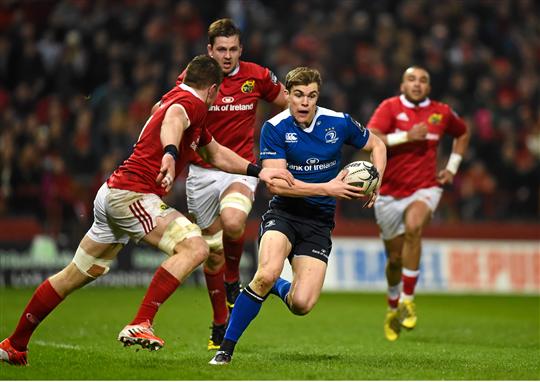 The one positive of players being unavailable is the chances being afforded to the young players. Jack O'Donoghue, Josh van der Flier, Garry Ringrose, and Stuart McCloskey are starring for their provinces after finally getting their chances; while others like Ross Molony, Sean O'Brien, Rory Scannell, and Rory Parata are impressing when given an opportunity.

Young players weren't being trusted in the last few years, so it's wonderful to see the talent rewarding the trust being put in them.

The calls are getting louder for Joe Schmidt to make 21-year-old centre Garry Ringrose an international player. The centre was called up for the New Year's meeting with the Ireland squad. Ringrose is just one of a number of potential international debutants. CJ Stander is certain to make an appearance in green at some stage, while Denis Buckley, and Stuart McCloskey have proved they deserve a chance at the top level.

Podcasts
3 days ago
By Mark Farrelly
The Buildup Podcast: Kevin Doyle, Stephen Ferris & All-Ireland Finals
Rugby
6 days ago
By Maurice Brosnan
Why The TMO Did Not Use The In-Goal Camera For Thomas' Try Vs Munster
Rugby
1 week ago
By Gary Connaughton
Here's How Munster Could Still Advance To Champions Cup Quarter Finals
Popular on Balls
Rugby
8 hours ago
By Gary Connaughton
Watch: O'Driscoll And Dallaglio Speak Nothing But Sense On Saracens Mess
60