A Lowly Premiership Club Has Made A Move For Cian Healy

It seems that every week, a talented Irish player is being heavily courted by the wealth of the French and English. Forget the reduced Irish interest in the European knock-outs, this is the real outcome from the transition from the Heineken Cup to the Champions Cup sponsored by Heineken.

Cian Healy is the latest name to be linked with a move from the island to the riches of the Premiership. Worcester Warriors continuing their ambitious recruitment drive for next season, with Ben Te'o already acquired from Leinster, and Kiwi Jackson Willison stolen from Bernard Jackman's Grenoble; Dean Ryan wants Lions prop Cian Healy to join Donncha O'Callaghan at Sixways.

This isn't like the Marty Moore, James Cronin, or Keith Earls sagas though. The Irish Times is reporting that Healy isn't as close to signing a deal as the previous trio were. Only Moore is actually leaving, and Irish and Leinster fans will be hoping that this is another fantastic agent ploy to try and get the IRFU blink first - now that David Nucifora is finally back from his extended Christmas holidays. 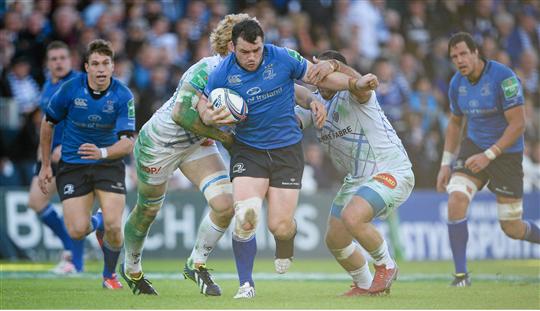 Healy has been offered a three year deal with Worcester, which given his recent injury history might be something that the IRFU aren't willing to give to the 28-year-old. Despite this, Healy is a generational talent, and Joe Schmidt must be desperate to keep him in the country, even with the abnormally large number of options growing behind Healy at the loosehead position both with Ireland and Leinster.

Jack McGrath's form over the last year has probably supplanted Healy at this stage, as the Clontarf man battles to get back to full fitness. James Cronin, Denis Buckley, and Kyle McCall are showing international promise for the future; and Peter Dooley, Jeremy Loughman, and Andrew Porter are all young class coming through behind Healy at Leinster.

Worcester are languishing in tenth place in the Aviva Premiership, with eight losses in their first ten games. They are closer to the bottom of the table than ninth place, and there is a chance that Te'o, O'Callaghan, and Healy could be playing Championship rugby next season.

Here's hoping the outcry over losing a world class talent will light the fire under the suits in Dublin 4 to get things moving on these contracts. Healy's deal would represent the last of the centralised contracts that are expiring in the summer to be concluded. After that the provinces still have a number of players to try and retain like Luke Marshall, Duncan Casey, Robbie Henshaw, and Jake Heenan.

See Also: The IRFU Rules Aren't Adding Up In Ulster