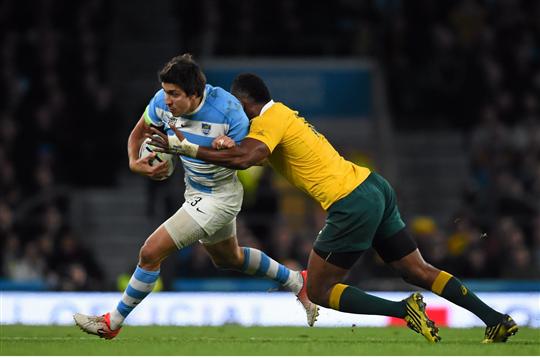 Speaking to ESPN on Tuesday, Lucas González Amorosino stated that he will join Munster on a three-month deal.

The Argentinian World Cup squad member can play at either fullback or on the wing.

Amorosino featured in four of his country's six games so far in the tournament, starting against Namibia and coming off the bench against New Zealand, Georgia and Australia.

Most notably, he replaced the injured Juan Imhoff 17 minutes into the Pumas' semi-final loss to the Wallabies on Sunday.

The 29-year-old has played against Munster previously, scoring a try on his Cardiff Blues debut in the PRO12 last season. Prior to that, the 48-cap Puma played for Oyonnax, Montpellier and Leicester.

Amorosino is expected to join the newly-formed Argentina Super Rugby franchise once his time at Thomond Park is up.

The signing could spell bad news for the health of Felix Jones, who has not featured for Munster since being replaced against Glasgow earlier this month due to a neck injury.

On Tuesday, Anthony Foley mentioned that the signing of back row cover for injured duo Peter O'Mahony and Tommy O'Donnell is imminent. There has been speculation that it could be in the form of another Argentinian biding his time until the start of the Super Rugby season - Leonardo Senatore.

See that try against Munster last season from the 0:49 mark below.

Rugby
8 hours ago
By PJ Browne
Six Changes As Ireland U20 Team To Play Wales In Six Nations Is Named
Rugby
1 day ago
By Michael McCarthy
'I Was Playing The Best Rugby Of My Career. I Felt That I’d A Lot More To Offer'
Rugby
2 days ago
By Eoin Harrington
How To Watch The British and Irish Lions v Japan
Previous Next