Analysis: Tale Of Two Halves For Ireland U20s Against Italy

It was a tale of two halves for the Ireland u20s v Italy U20s on a Wednesday afternoon, when they kept the Italians scoreless in the second half to record a 30-23 bonus point win to hold on to second place in this year’s Under 20 Six Nations championships. Following a disappointing 1st half, Ireland were trailing 23-12 at halftime. But with a few stern words and a few small tactical adjustments produced an excellent second half performance.

This was an opportunity for some new faces to come into the side with nine personnel changes from the previous game against England. This was Ireland's 4th game in sixteen days and the physical and mental fatigue was beginning to surface in the first half. Ireland again started very well with an excellent lineout maul try in the 4th minute by hooker Eoin de Buitlear, in his first start of this year's championship.

But the errors started to build and Ireland gifted Italy their three tries, with a charge down kick and some poor maul defence and a couple of missed tackles. A much needed half time regroup was needed and it produced a storming 2nd half performance. With 2nd half substitutions and the better controlling of field position, discipline and defence gave Ireland the upper hand over a tiring Italian side.

Yet another Player of the Match performance by captain Alex Kendellen, who switched to the open side in this game. He continues to perform at a high level as this tournament goes on and certainly looks ready to join the senior ranks of Munster in the coming season. His work rate is simply phenomenon, with his 22 ball carries and his 11 tackles. But he certainly is not a one-trick pony, he carries when needed and passes when required and is always looking to keep the ball alive. Munster and Ireland have a gem on their hands in the future.

Ulster and TCD lock Harry Sheridan produced another fine 80-minute performance. He has played every minute of this year’s championship and continues to grow into the role. Sheridan’s considerable height and bulk are very effective in Ireland’s lineout maul and defence structures. He has a very bright future in the game and another one to watch out for in the future.

Following the first-half performance, Connacht’s Cathal Forde entered the field as a second half replacement for James Humphreys. Forde has been used as a centre for much of the tournament but started the 2nd half as the out-half. It is great to see players who can interchange within teams and Forde’s skill level is of the highest standard that he can play both positions equally as comfortable. Some careful management of Forde in the coming months with some game time at Connacht A and hopefully some senior games will see him feature at the higher level of the game in the years to come.

While the players and staff will be delighted with their latest bonus-point win and their excellent 2nd half performance, there is still some work needed for this week. Their discipline and concentration on Wednesday was still a concern with conceding 15 penalties, missing 16 tackles and a disappointing scrum performance. They will look to fix these problems as they prepare to take on France U20s on Tuesday who had a 45-21 victory over Scotland to keep them in 3rd place.

SEE ALSO: Analysis: Lots For Ireland U20s To Build On Despite Disappointing Defeat To England 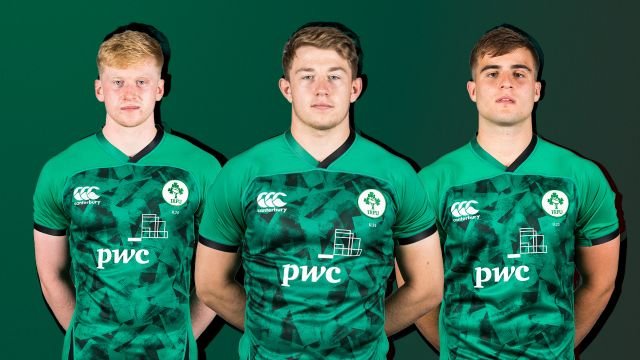