Irish referee Andrew Brace will no longer referee the Champions Cup clash between Toulouse and Exeter City Chiefs next week after he became the subject of online abuse.

The Limerick resident was targeted with abuse after he refereed the Autumn Nations Cup clash between France and England last weekend. This included abusive messages he received in response to a message he posted dedicated to his late father.

Much of the abuse came from French accounts, with France ultimately falling to defeat in that fixture.

It has subsequently been decided that Brace will not travel to Toulouse for next week's game due to the 'personal nature' of some of the abuse directed at the referee.

A statement from EPCR explained the decision:

The Heineken Champions Cup and Challenge Cup Match Officials selection committee, chaired by Joel Jutge, EPCR’s Head of Match Officials, decided that due to the personal nature of some of the criticism levelled at Andrew Brace following last weekend’s Autumn Nations Cup match between England and France, it was prudent on this occasion to make the appointment changes.

EPCR and the selection committee regard Andrew Brace as a highly-talented match official, and with his welfare and development as a referee at the forefront, this course of action was deemed to be appropriate in the circumstances.

Brace would receive plenty of support from within the sport after the news broke, including from Simon Zebo.

Too many nasty cowards not being held accountable on social media..
There has to be consequences for trolls..shocking news about Andrew Brace..

Toulouse will take on the Exeter Chiefs on Sunday, December 20th, with the first round of fixtures in the competitions taking place this weekend. 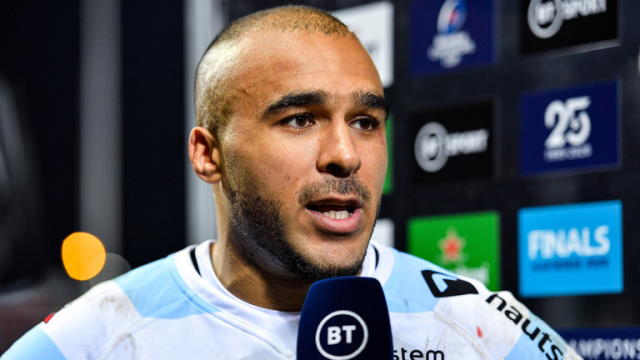 Rugby
2 days ago
By Luke Delaney
How To Watch Leinster v Toulouse In Mouthwatering Aviva Clash
Rugby
1 month ago
By Jonathan Browne
How To Watch Munster Vs Exeter Chiefs In Champions Cup
Rugby
1 month ago
By Jonathan Browne
How To Watch Connacht Vs Leinster In Champions Cup Tie
Popular on Balls
Rugby
1 day ago
By Colman Stanley
'I Think Munster Softened Them Up For Us': Sexton Not Carried Away After Clincial Leinster Win
GAA
2 days ago
By PJ Browne
Mayo's Padraig O'Hora Using Football To Promote His Real Passion
Rugby
16 hours ago
By Colman Stanley
'That Pace, That Intensity, That Organisation' All Black Legend Has High Praise For Leinster
The Rewind
1 day ago
By Eoin Harrington
Watch: Brilliant Dermot Morgan Dublin Segment From 'The Travel Show' Resurfaces