Andrew Porter's Vital Role In Ireland's Victory Over The All Blacks

Andrew Porter is an incredible rugby player. The Leinster and Ireland prop was phenomenal yet again on the weekend and has been extraordinary all season.  He lasted 75 minutes in the trenches against the All Blacks, which is nearly unheard of for a front row in contemporary rugby. He shook off a serious injury that deprived him of a Lions place and has embraced change. The biggest change for him this season has been his position. Porter made the difficult move from tighthead prop to loosehead prop during the summer to take over from Cian Healy as the latter edges towards the twilight of his career. But Porter has made the move look easy.

Porter put in a massive effort against the All Blacks last Saturday. He played 75 minutes, made eight tackles and ten carries. "His capacity for the workload that he's given in the match, 75 minutes, I've seen a couple of clips of potential line breaks for New Zealand and Andrew Porter covered 40 or 50 metres in five or six seconds, covering his teammates' backside," Ferris told Balls.ie on The Buildup, in association with Ladbrokes.

"I was really disappointed with him missing out on the Lions tour, that was a huge huge disappointment for him personally and for Irish fans, pundits and commentators like ourselves. It's just brilliant to see him bounce back and he's leapfrogged Cian Healy, who's been around a very long time.

How incredible was Andrew Porter on Saturday?

Ferris cited one moment that didn't make the highlight reel that proves his commitment to the Ireland cause.

Ferris also added that Porter is a bit of a character as well, which adds to his brilliance.

"Lastly, it helps when you have a guy that's what, 120 kgs, very powerful, quads on him like quadzilla, he is a huge huge man. By all accounts he brings something different to the squad as well, he's a wee bit out there as a character which I love. I think his hairstyle maybe sums that up. It's brilliant to see Andrew Porter going well and that front row, you can nearly be saying that's a potential Lions front row for a few years time."

See Also: The Massive Differences Between Ireland's Wins Over The All Blacks In 2018 and 2021 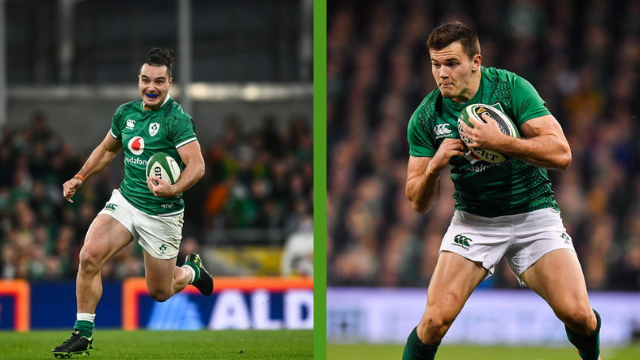