Andy Farrell was in an understandably chirpy mood following Ireland’s 53-7 hammering of Argentina.

It capped off what was arguably among Ireland’s greatest ever Autumn Series, after it added victories over Japan and the All Blacks.

After a shaky start to today’s game Ireland began to surge ahead. This was largely down to poor play from Argentina, and the score line at half-time perhaps flattered Ireland slightly which Andy Farrell acknowledged in his post-match comments.

'People got their opportunity today'
Andy Farrell delighted with how a new-look team performed on a day that began with Nick Timoney getting a call to join the squad #IREvARG #rterugby
📺https://t.co/CStwnXf2cB
📻https://t.co/wUq1XxhF4x
📱https://t.co/zXizaUwa8D pic.twitter.com/of0kWwhs2o

The game didn’t start too well for us actually, it was a bit scrappy and I thought it was a bit fortunate with the score line at half-time.

But we dusted ourselves off pretty well and it was nice and composed in  the second half.

A couple of late changes were made to squad with Iain Henderson and Jack Conan dropping out with injuries, and Tadhg Beirne and Peter O’Mahony taking their places in the starting XV, and Ryan Baird and Nick Timoney coming onto the bench.

Some of those changes were not made until minutes before kick-off.

Andy Farrell was pleased with the growth of the squad that was made through these injury enforced changes, suggesting that perhaps his original squad was too conservative and strong.

The score line certainly proved that there was no need to worry about the youth or inexperience of certain players.

I think most of all today was about the group, there was a lot of controversy in and around who was going to play, who didn’t play.

Last minute Nick Timoney actually got a phone call at a quarter to eight this morning. He came down from Belfast so fair play to him.

Tadhg Beirne was covering four positions and that’s the most pleasing thing, people for their opportunities today and they’ve took them well and we certainly grew as a squad...

We didn't have much game time coming in as individual players and we challenged them to get up to speed as soon as they can. I thought our first performance (against Japan) was excellent and we grew from there.

The extra minutes for fringe players will certainly do Ireland no harm moving forward, with depth often an issue for the team in the past. 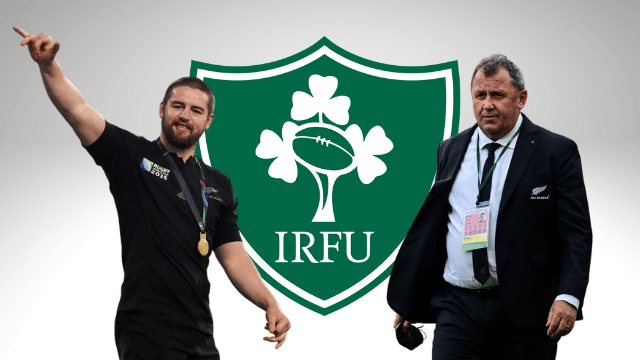