Andy Farrell could understand why Craig Casey may have been annoyed following Ireland's defeat to France.

The 21-year-old had been expected to make his international debut in the game but instead remained on the bench as Jamison Gibson-Park played the full 80 minutes.

Casey again takes a spot on the bench for Ireland's trip to Italy this weekend.

"He's great. He's like a sponge," said Farrell in praise of the Munster scrum-half.

"He's at the front of the class with his notepad the whole time, taking everything in. His attitude over the last few weeks has been infectious.

"I was impressed with his mature attitude. He would have been upset, and rightly so, for not getting any minutes in what he thought was going to be his debut against France.

"Then he goes back to Munster, dusts himself down, and plays really well in poor conditions in Edinburgh."

Casey's chance comes with Conor Murray again unavailable due to injury. Farrell said that the decision to not play Murray was taken early in the week, adding "He's progressing well. He hasn't done that much training this week".

"His attitude has been first class in training. He's played well when he's come on, and this is a game for him to start. It's not to say that Rob Herring has not been playing well." 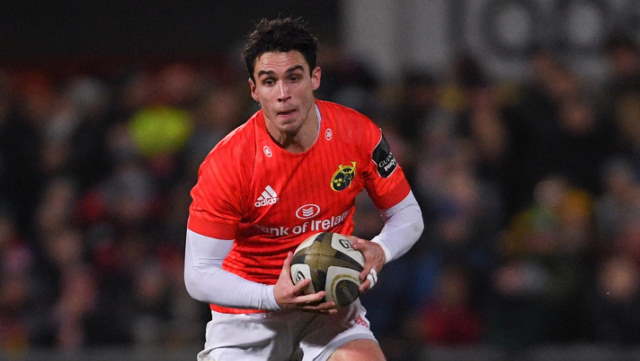