Sexton And Ryan To Be Fit For Italy, Doris Out For 'Foreseeable Future'

Andy Farrell expects his squad to be fully fit for next weekend's Six Nations game against Italy in Rome. That includes Johnny Sexton and James Ryan, both of whom missed the defeat to France.

Caelan Doris is one player unlikely to be involved with Ireland for quite a while. The Leinster backrow left the Ireland camp ahead of the opening game against Wales having shown symptoms of concussion.

"We are [expecting to be without him] for the foreseeable future," Farrell said regarding Doris during a press conference on Thursday.

"Caelan's getting well looked after, seeing the right people, getting the right advice and making sure that he’s comfortable on his return to play.

"That’s still in process but we don’t intend to see him back anytime soon."

Ireland were blunt in attack during the defeats to Wales and France, scoring just two tries.

"To say I'm concerned would be stating the obvious regarding the points that we've scored," said Farrell.

"Where we're going behind the scenes and what we've seen over some of the games over the last year, I'm confident in where we are going."

Though, it seems unlikely that there will be many changes to the team for the game against Italy.

"I'll do what's right for the team," said Farrell.

"What's right for the team is making sure we get the best performance out of them. We'll pick the strongest side that we need to, to make that happen.

"Results are pretty important for us in the Six Nations. We've lost two, and we need to get back on the horse, and put in a good performance, and result against Italy."

Asked if he's feeling under pressure due to the two defeats, Farrell replied:

"I've dealt with it all my life. You either embrace the pressure or you get burried by it. I enjoy it - it makes you feel alive. You know that [there will be pressure] when you're taking the gig on. I believe if you've not got pressure in your life, it's not living anyway. It goes with the territory I suppose." 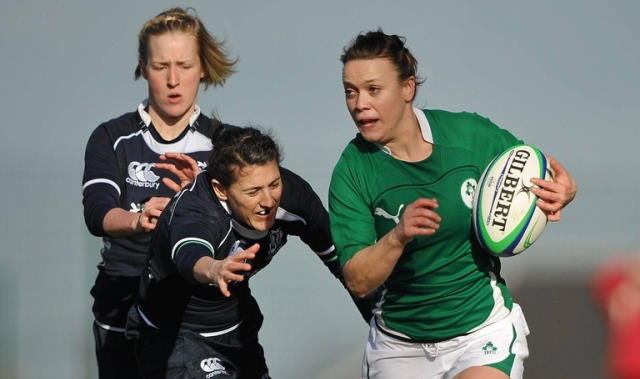 Rugby
1 week ago
By Gary Connaughton
Farrell & Earls Back Burns To Bounce Back From Welsh Disappointment
Rugby
2 weeks ago
By Eoin Harrington
English Pundits Adamant Andy Farrell Should Stick With Billy Burns
Rugby
1 month ago
By Donny Mahoney
Paul O'Connell Has Joined The Ireland Coaching Team
Popular on Balls
GAA
19 hours ago
By PJ Browne
'I Have Pictures Of Stephen Cluxton All Around My House, It’s A Bit Weird!'
Rugby
21 hours ago
By Balls Team
Son Of Offaly Hurling Legend Set For Super Rugby Debut
The Rewind
18 hours ago
By Sean Meehan
Introducing The Vote For Ireland's Greatest Singalong Song
Rugby
16 hours ago
By Eoin Harrington
Rob Kearney Player Mic Gives Great Insight On Western Force Debut