On a weekend where two of Ireland's most prominent sporting bodies announced quite different succession plans, a general sense of ease surrounded the decision of the Irish Rugby Football Union to replace Joe Schmidt with Andy Farrell in little under one year's time.

We are led to believe that Farrell has become a fundamental member of the management team that provides the backbone to Ireland's recent success, and, on the back of today's announcement, that would certainly seem to be the case.

Whether or not Farrell manages to successful navigate the transition from coach to head coach remains to be seen. Yet, as far as any decision can be determined the right one ahead of time, the Englishman seems rightly primed to fill the pronounced gap Joe Schmidt's departure will create. 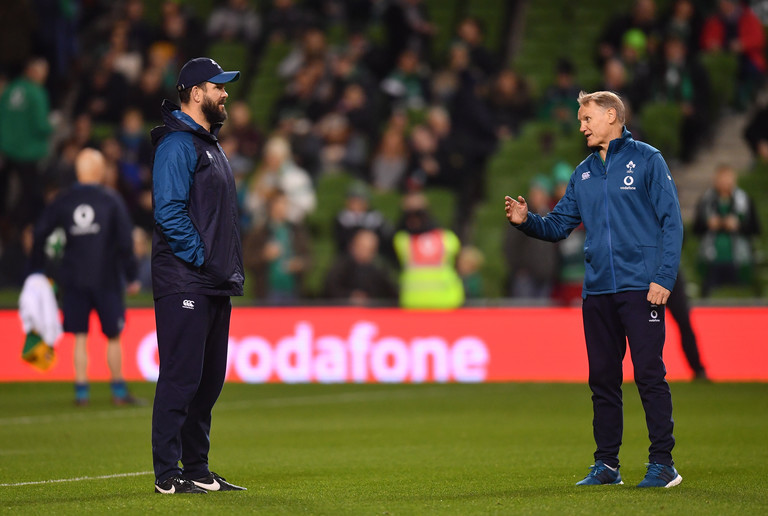 Within English rugby circles, however, an inability or unwillingness on behalf of the RFU to tempt Andy Farrell back into their own international fold has been widely scorned. A member of Stuart Lancaster's doomed management team, Farrell was relieved of his coaching duties when Eddie Jones took over the top job in 2015.

While Jones' tenure has been far from disastrous (despite a few bumps along the way), Robert Kitson of The Guardian wasn't the only one left wondering how better things could have been had English rugby retained the services of a man integral to Ireland's recent ascent.

"For the Rugby Football Union every syllable of the press release announcing Andy Farrell as Ireland’s next head coach will sting indefinitely," Kitson believes.

"Had England not crashed out of their home Rugby World Cup in the 2015 pool stages, Farrell would probably still be at Twickenham and modern rugby history might look very different.

Highlighting the attributes of a player and coach who has "been a winner far more often than not," Kitson is also of the opinion that Ireland's strength will not now be overly compromised by the departure of Schmidt; "Anyone hoping Ireland will be a softer touch without Schmidt is doomed to disappointment."

In an era of increased sensitivity between both nations, Kitson overwhelmingly believes Farrell's move to Joe Schmidt's set-up represents one of "the more generous Anglo-Irish gifts on record." 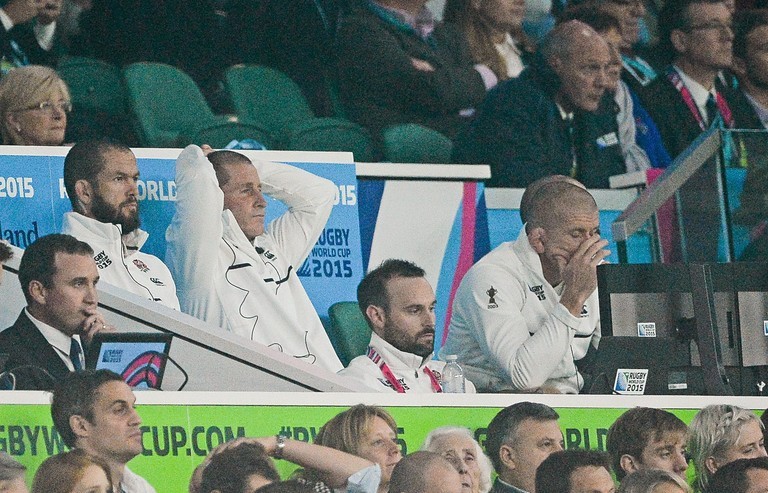 In The Times, Alex Lowe was left considering "an appointment which brings back into sharp focus England’s succession plan."

The Daily Mail's Will Kelleher contemplated the unlikely reality English rugby may soon be forced to contemplate.

"Now the man who has inspired Irish and British & Irish Lions wins over New Zealand with his miserly defence will take charge of England's closest rivals in 2020 until the 2023 World Cup," Kelleher writes.

"In what would be a sensational turnaround the current Leinster man could well join up with Farrell – as he did with England at the 2015 World Cup where the hosts so spectacularly bombed out in the group stages."

Jack de Menezes of the Independent similarly shares the view that "England's loss has been Ireland's gain."

"After beating England last year to prevent a second consecutive Six Nations Grand Slam and then clinching their own clean sweep this year at Twickenham, securing Farrell down for the long-term feels like 3-0 to the Irish," de Menezes writes.

"After all, this is the man who was essentially groomed for the job at Twickenham right from the very start, with his brains just as prominent as his brawn when he made the switch from rugby league back on 2006."

Contemplating the possibility that Farrell could inherit a World Cup-winning side in Ireland, de Menezes does believe, "either way, it will be a baptism of fire for Farrell as he moves into his first full coaching position."

Detaching himself from the general sense of an opportunity lost for English rugby, Tom Cary of The Telegraph has shown more concern for the prospect of what happens if Schmidt's parting year doesn't go to plan, if that baptism of fire proves too much.

"Andy Farrell will certainly benefit from the structures and systems put in place by Schmidt and David Nucifora, the IRFU’s performance director," Cary writes.

"But we have seen before how coaches announcing their decisions to go in advance of their leaving date can alter a team dynamic.

"A patchy Six Nations, a less-than-brilliant World Cup, and the mood could sour before Farrell even takes over. Suddenly the prospect of a hard man, an Englishman, taking over the reins, might not be so popular."

Although we are still some time from the moment when Andy Farrell will take over from New Zealand's Joe Schmidt, it is likely to shape a new dynamic in how Irish rugby is treated within the English media.

See Also: 'Ireland Is The Bigger Game'- Is This Now The Greatest Rivalry In The Six Nations?

Rugby
3 weeks ago
By Eoin Harrington
Andy Farrell Has Explained James Ryan's Lions Absence
Rugby
1 month ago
By Gary Connaughton
Lions Legend Calls For Paul O'Connell To Be Added To Upcoming Tour Over Andy Farrell
Rugby
4 months ago
By Eoin Harrington
Sean Cronin Full Of Praise For Both Irish Hookers After Scotland Win
Popular on Balls
Olympics
16 hours ago
By Andrew Dempsey
'She's A Superstar': Swimmers Heap Praise On Mona McSharry Ahead Of Olympic Final