After a disappointing showing in Twickenham last week, a number of fringe players in the Ireland squad will be given the opportunity to impress against Georgia on Sunday.

Andy Farrell has rung the chances for the visit of the Georgians, with the likes of Billy Burns and Finlay Beadhlam handed first starts since international rugby's return.

Stuart McCloskey will also make a long overdue return to the starting XV. The Ulster centre has not featured for Ireland in two years, but Farrell does not want the player to put too much pressure on himself this weekend.

He's obviously been frustrated and rightly so because he's backing himself and thinks he deserves an opportunity.

We've been chatting for a long period of time now and I've asked Stuart to be patient and keep training well, which he has done throughout this campaign.

What are we asking from him? We're asking for him to be himself and not to be too desperate.

We're asking him to play the game in front of him - don't have too many preconceived ideas of making sure that he's able to deliver what we know that he can do.

McCloskey has struggled for playing time in what is perhaps Ireland's deepest position, but injuries to first choice centres has offered him this opportunity.

Garry Ringrose, Robbie Henshaw, and Bundee Aki are not available for Sunday, with McCloskey set to be partnered by Chirs Farrell at centre.

Farrell said that all five centres are capable of performing at this level.

The five centres that were in (the squad) from the start, we trust them all.

And you would hope you would be able to give them all opportunity at this level from time to time, but it's not always the case when you're in pressured competitions like the Six Nations.

We're at the second last game and he gets his opportunity. 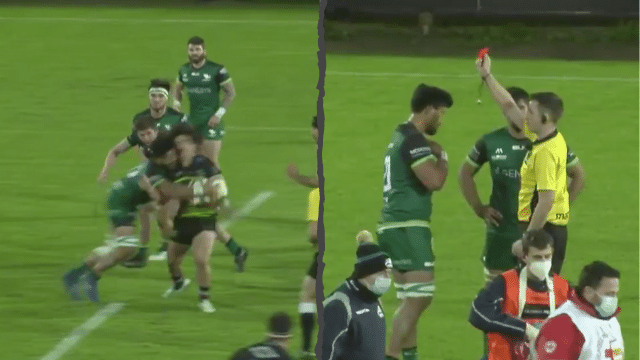