Ireland kick off their U20 Rugby World Cup campaign against England on Tuesday and expectations will be high after the boys in green secured a Grand Slam during this season's Six Nations Championship in the spring.

Noel McNamara's side are looking to become the first Irish team to ever lift the trophy, a tall ask after last year's struggles have left them in a group featuring England, Australia and Italy.

Three years ago, a team featuring Jacob Stockdale and captained by James Ryan reached the final of the tournament, achieving Ireland's best ever finish at the U20 Rugby World Cup.

It's a tournament Stockdale remembers fondly as he looks ahead to his first World Cup with the senior team in Japan later this year.

"I think it was massive. It was really good for me because it came off the back of getting my first couple of games for Ulster. I think I played six games for Ulster and then went into the World Cup," the Ireland and Ulster winger says at an event announcing his new role as an ambassador for Maxol.

"Getting the opportunity to kind of go up a level and then come back down to U20s was really good for me because it made me feel a lot more comfortable and confident in that tournament. It was a great team to play with.

"We obviously did very well. You know, we kind of fell short at the final hurdle, which was a bit disappointing but it was as really good experience for me.

"The one thing I do remember coming away from the U20s World Cup is how quickly you have to recover. You have to be on top of your recovery for every game. And that's something that I'll be more aware of going into into this World Cup than I probably would have been before." 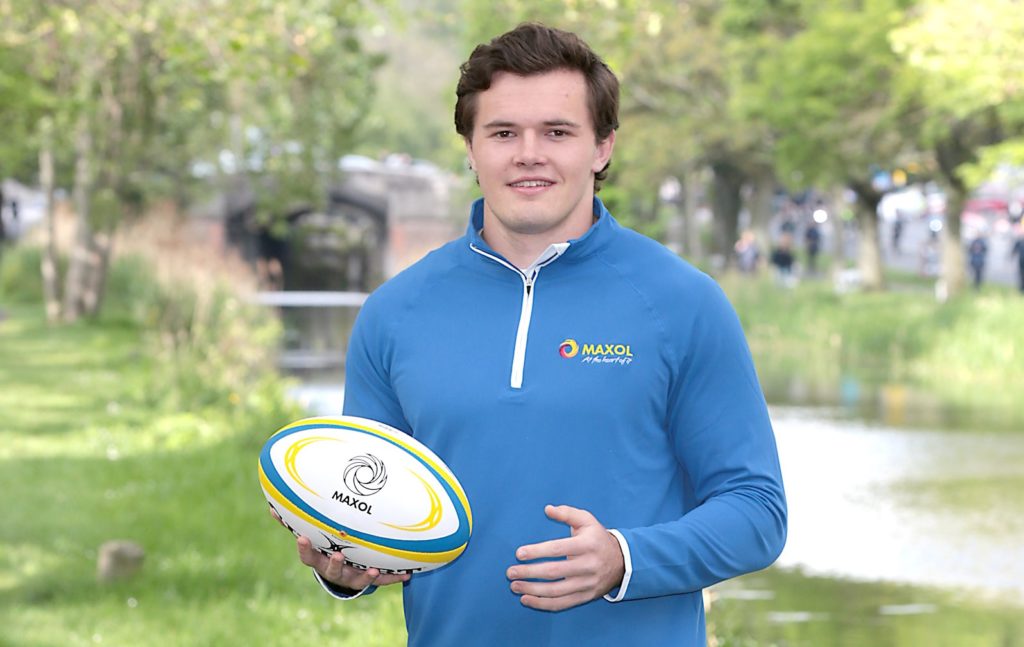 Stockdale scored four tries at the tournament that year as Ireland topped a group featuring New Zealand, Wales and Georgia before beating Argentina in the semi-final.

With Ireland facing another tough group this summer, Stockdale believes fellow Ulster winger Angus Kernohan can be a difference-maker in Argentina after being named in the starting line up for Ireland's opening game against England on Tuesday night.

"He's one of the most hard-working players I've come across," Stockdale explains. "He's probably not gifted with the natural pace that someone like Baloucoune has but he's seriously strong.

"He works seriously hard in the gym and he's always asking me questions about defense and about attack and you can tell that he's really hungry to get better.

"He's a seriously good player and he has a serious want to get better, which is obviously massive." 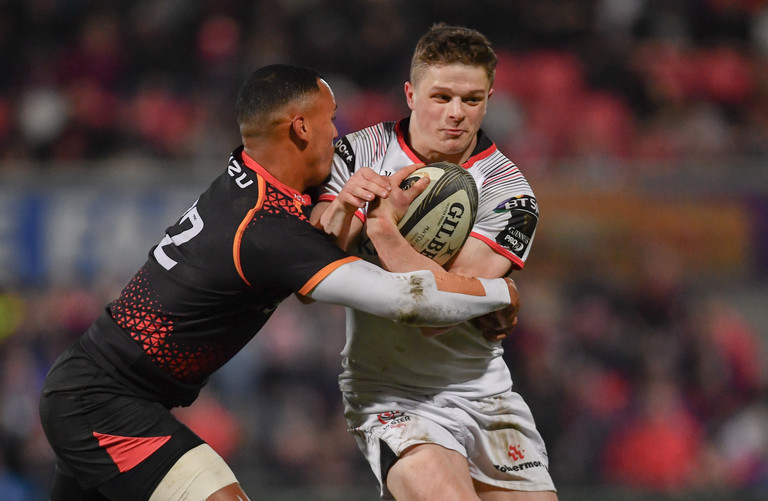 Kernohan goes into the tournament off the back of a strong season which saw him make 16 appearances for the Ulster senior team, but he is just one of a few exciting, young backs coming through at the northern province, with Stewart Moore being given the nod at 12 against England on Tuesday.

"Yeah there's a lot of really just super backs in general," he says. "You know, the likes of Stewart Moore as well is away with the U20s. He's a pretty exciting, talented young player.

"As you said, Angus Kernohan, Robert Baloucoune, Rob Lyttle, Michael Lowry as well. There's a lot of names that are thrown about that are really exciting young players and for them, it's to keep on improving and keep getting better.

"And for us as a team, it's to make sure that we hold on to those boys. For me, despite only being 23, I'm one of the most experienced players in the backs." 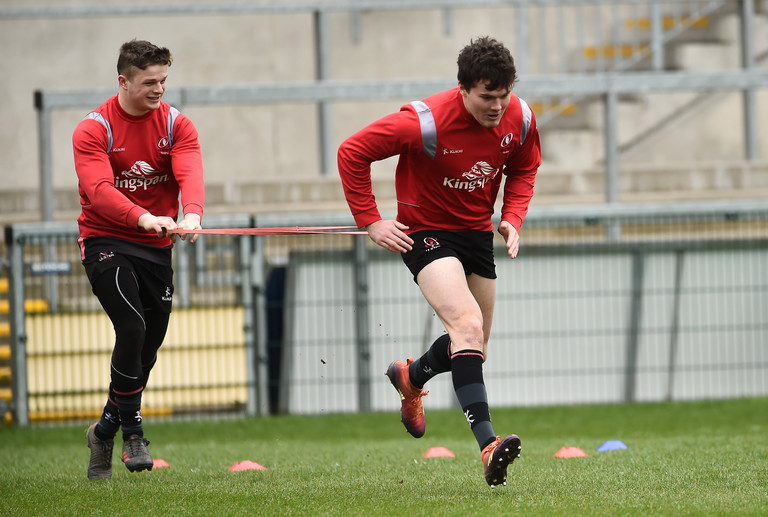 The U20 Rugby World Cup is just another step in the development of these players but for many of the 28-man squad, this season is the first time they have found themselves in the eye of the general public.

A strong Six Nations campaign saw them hailed as heroes but that success brings increased expectations and Stockdale believes it is key for the youngsters to keep their heads and ignore what is being said about them in the media - both the good and the bad.

"I think it's really important," the 23-year-old says, drawing on his own experiences after bursting onto the international scene as a 21-year-old last year.

"I don't know, maybe for other players getting into that works for them but for for me if you got annoyed by every negative comment that you read about yourself or somebody said about you, you'd be down in the dumps. And if you read or listened to every single positive comment was talked about you, you'd think you were world-beater.

"People are always going to have their opinions and it's just about not focusing on that and focusing on you just working hard. I know that's a bit of a cliche thing to say but it's working hard and making sure you're doing everything you can do to become a better player."

Whether or not Ireland can meet this expectations at the U20 Rugby World Cup remains to be seen but at the moment, the future looks bright for Irish rugby.

Jacob Stockdale was speaking as a brand ambassador for Maxol

Read More: How To Watch Ireland At The U20 Rugby World Cup

Rugby
2 years ago
By Kevin Beirne
Four Irish Backs To Watch At The U20 Rugby World Cup In Argentina
Popular on Balls
Football
2 days ago
By Jonathan Byrne
Report: Festy Ebosele Attracting Interest From Bundesliga And Serie A
Football
8 hours ago
By PJ Browne
'If He Continues With Performances And Goals Like That, Stephen Kenny Will See It'
GAA
2 days ago
By PJ Browne
Army Gave Sue Ramsbottom No Time To Drown Sorrows After Laois All-Ireland Loss
Football
1 day ago
By Jonathan Byrne
Peter Crouch's Stories of Being David Ginola's Bootboy Are Comedy Gold