Bantry Bay rugby club has criticised Munster Women's Rugby and the IRFU for putting "effort into hashtags and hollow words" rather than introducing policies which will help grow the women's game in Ireland.

The club highlighted the inequality in the province which allows a boys team to compete with fewer than 15 players, while a girls side must have a full team.

The development of the women's game in Ireland has come under the spotlight in recent days with the failure of the senior team to qualify for the World Cup.

"As a club we have held our tongue for too long but something needs to be said about the current state of girls rugby in the province," the Bantry Bay RFC said in a statement on Twitter.

"Rugby was one of the only sports where with full equality in the men's and women's games i.e. same laws, etc. That is not the case any longer.

"The Munster Women's committee have decided to change the regulations around playing numbers. A team comprised of 13 boys can compete and have the result stand, for girls (quote) "It is 15 a side. No exceptions." So you either play 15 a side or don't play at all.

"The South Munster boys committee encourage you to go out with 11 or 12 players, if that is all you have available on the day and play meaningful rugby, yes you forfeit the game but you get rugby. Girls are not encouraged to play at all.

"U18.5 girls rugby you are not allowed play with less than 15 aside, yet no development league for these clubs exists. So you have to try to amalgamate with a club to get meaningful rugby for your girls, something we tried this year and fell through at the 11th hour.

"As a club we feel we are now being punished for the failure of others to complete the amalgamation process. This season we had 3 girls on the Munster U18 squad and with current rules their development is to be ignored, forced to either train for no games or find a new club.

Nothing will change until @MunsterWomen and @IRFURugby actually tackle this head on, put real policies in place to support girls playing rugby and not put all the effort into hashtags and hollow words. 9/9

"None of this even mentions the different laws used for girls matches including lineouts, scrums and kicking. On and off the pitch girls are treated differently and not given the same opportunities to play the same game their male peers play.

"Women's rugby needs to be built from grass-roots up and not punish clubs for having only 13 players. Wake up and look at the bigger picture. Stop trying to reinvent the wheel and work with the laws that are already in place for our male counterparts.

"There really is #nothinglikeit when girls are treated as second class citizens and not encouraged to just go out and play. Elite talent is ignored and abandoned right from day 1 and we wonder why our national team struggles to compete at the highest level.

"Nothing will change until @MunsterWomen and @IRFURugby actually tackle this head on, put real policies in place to support girls playing rugby and not put all the effort into hashtags and hollow words." 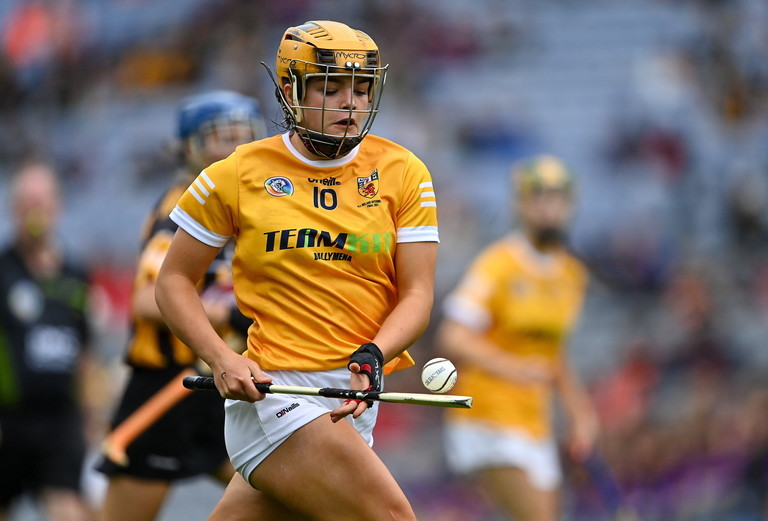