'He Kind Of Reminds Me A Little Bit Of Jamie Heaslip'

Kendellen was Ireland's star player in the U20 Six Nations. The Munster backrow scored a remarkable six tries as his side won games against Scotland, Wales and Italy to finish third in the table.

A tenacious Ireland lost their final match of the tournament to France on Tuesday evening.

"It's a tough one to swallow," said Kendellen after the game.

"We were confident coming into this game. France really put it up to us in the 50th - 65th minutes of the game. It was really tough to get out but credit to our lads, we fought until the end, and another five or 10 minutes, and it could have been a different result."

74 - Alex Kendellen has made 74 carries in the U20 Six Nations this year, no other player has made more than 50; the @Munsterrugby back rower has also beaten the most defenders in the tournament in 2021 (16). Skipper. https://t.co/G5CL50soOF

This year's tournament took place in a Cardiff bubble with players locked away in a hotel for much of the past month.

"You can see how affable he is, how cool he is, and he leads from the front.

"He kind of reminds me a little bit of Jamie Heaslip. A lot of players are very strong in one sector. Billy Vunipola is all about power and getting over the gainline, Sean O'Brien was very strong over the jackal.

"Jamie Heaslip was really high in every area. He was nine out of 10. That led to him being a phenomenal player. What we've seen of Kendellen, he seems to be like that.

"He doesn't seem to have any big weaknesses. I'm not sure if he'll stay as an eight in the senior game or if he becomes a seven. He's very strong over the ball, he's a very good link player." 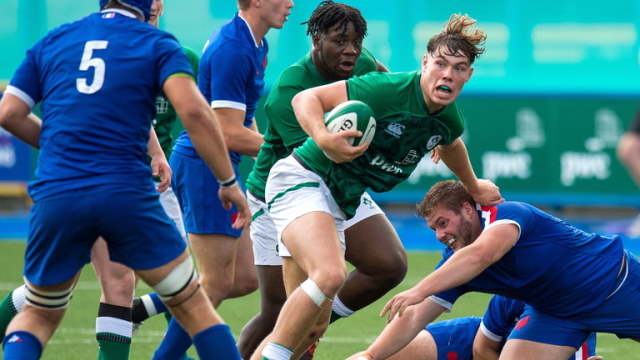