"This is a bit of a thank you speech, like the Oscars," joked Ireland rugby sevens captain Billy Dardis as he attempted to name everyone who had helped the Irish team qualify for the Olympic Games in Tokyo.

The Ireland team reached the Games after a thrilling 28-19 victory over France in the Olympic Repechage tournament in Monaco on Sunday.

"You've dreamed of doing something really special for your whole life," said Dardis.

"Playing rugby, it's incredible what we've done over a number of years.

"What went on, on that pitch, I thought we were out of it for a while in the first half when they had so much possession. They got in front. Then we just got a few lucky bounces. That's sevens, the bounce of the ball goes your way.

"The Olympics. How cool is that?"

"You dream of doing something really special for your whole life"

"Kids might start playing rugby after seeing us at the Olympics, it's pretty cool"

"Being an Olympian, no one can take that away from you"

The Irish sevens programme restarted six years ago with Olympic qualification as one of the goals.

"I'd only got my first cap three weeks beforehand. We won our first day, and I remember lying in bed that day thinking, 'Jesus, we could do something really special here'. We didn't, we lost that one.

"I stuck with the programme. Each year, we just kept getting better. So many players have come through this system; started right at the bottom, some serious names.

"This core group of lads stuck around. It's been tough, trying to earn a lot of respect. Everyone's been through hardships, and everyone had been through tough times, especially in the last year or two.

"Guys in this squad have been in academies, they've been let go. That's the twisted tale of us all. We've come on and done something really incredible here. We've put ourselves on the map, put Irish sevens on the map. It's going to do wonders for Irish sevens, for rugby, for kids who might start playing after seeing us at the Olympics.

"To be an Olympian, no one can take that away from you. I remember speaking to my mates last week, you have that for life. That's beside your name when you're 60-years-old, and you're down in the pub, [people will say] 'That guy went to the Olympics'." 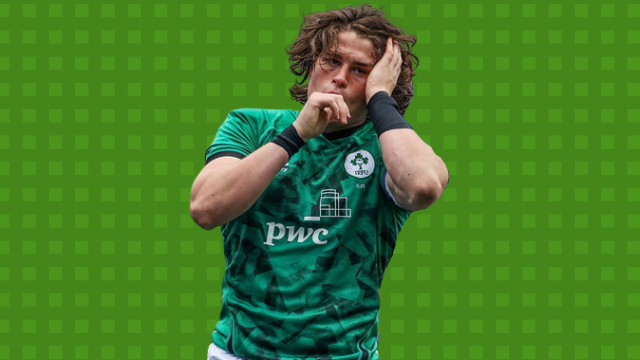