The Bitter-Tasting 'If Only They'd Stayed There' Connacht XV...

Many fine players have first dipped their toes into professional rugby with Connacht before a rival province has exercised their right to snatch them away.

Robbie Henshaw is the latest in a long line.

The 'If Only They'd Stayed' Connacht XV...

This will taste bitter... 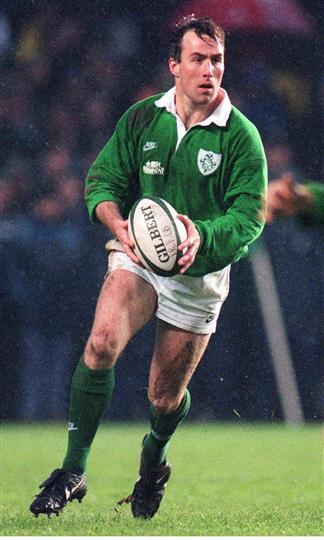 Before Connacht began losing players to the other provinces, they participated in the old inter-provincial championship in which they lost a shed-load of players to the newly established 'Exiles' team.

It should be added that all these boys were London-based and English born and were only assigned to play with Connacht in order to give the province a leg-up.

They lost creative full-back Jim Staples, who played 26 times for Ireland between 1991 and 1997 and electric winger Simon Geoghegan once the Exiles entered the inter-pros in 1992. 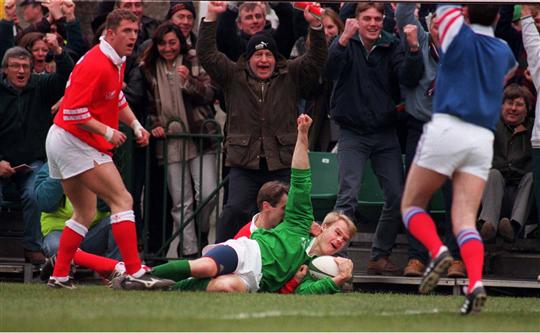 One of the most gifted players ever to wear Connacht green. See above. 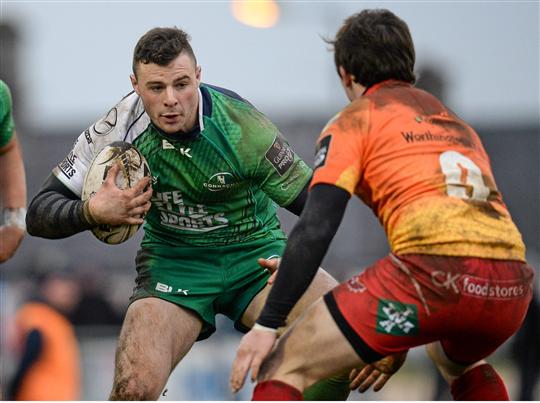 It's all over the news. Robbie Henshaw's long trumpeted move to Leinster was confirmed today. 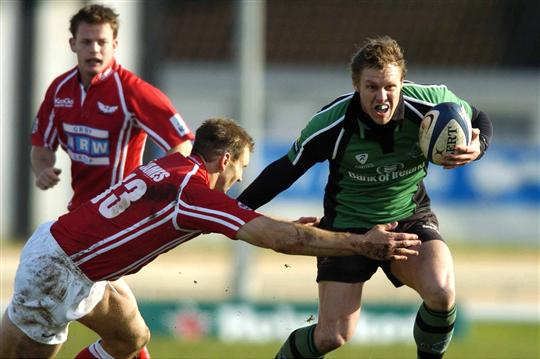 More noted as a full-back but could also play in the centre, Warwick first landed in Ireland, when Connacht took him off Manly. He enjoyed three great seasons there but Munster decided they liked the look of him. 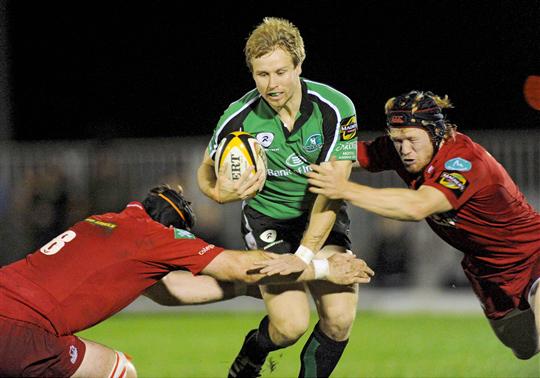 They've gotten him back now but he enjoyed his best spell between 2008 and 2011, scoring 34 tries and garnering a reputation as the fastest winger in the country. Leinster, noting his scoring exploits in Galway, whipped him back to Dublin promptly, where he duly lost form and failed to break into their all-conquering Heineken Cup winning team.

Out Half - Ian Keatley 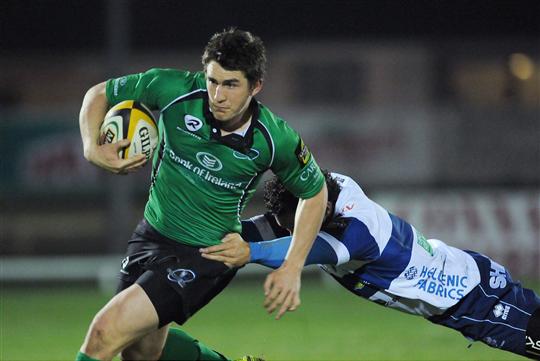 The province's record points scorer, he was a mainstay of the team in their last few years before Heineken Cup rugby arrived in Galway. He left for Munster in the summer of 2011. 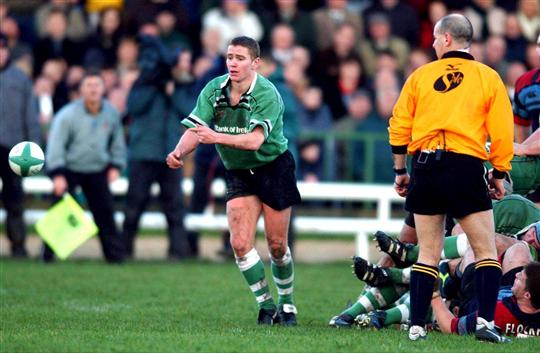 A graduate of Old Crescent and Young Munster, Reddan first dipped his toes into provincial rugby with Connacht in 2001. He stayed there for two years before returning to Munster for two years. He would then make a daring but ultimately profitable move to Wasps where he would win a Heineken Cup, scoring a try in the final against Leicester at Twickenham. 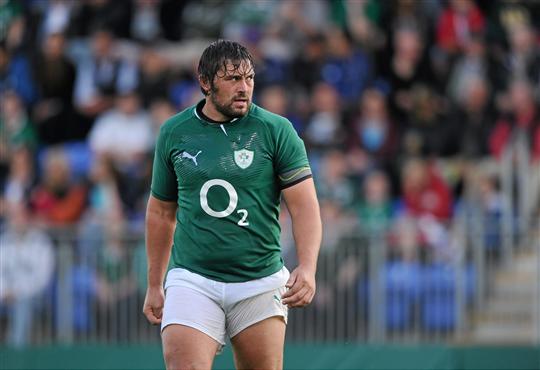 Buckley played at prop for one season in 2004-05 before returning to his spiritual home in Munster. He moved to the Premiership to play for Sale for three years before retiring last summer at 34. 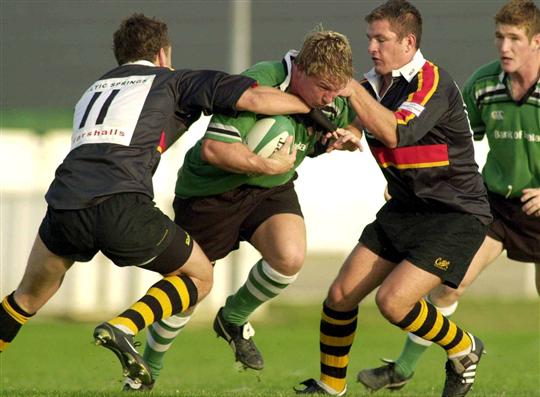 Joined Eoin Reddan at Connacht in 2001 staying for the same length of time before Munster called him back. He found it hard to nail down the hooker position until Frankie Sheahan was struck down with injury in 2005.

Beat out Bernard Jackman and Sean Cronin to this spot. 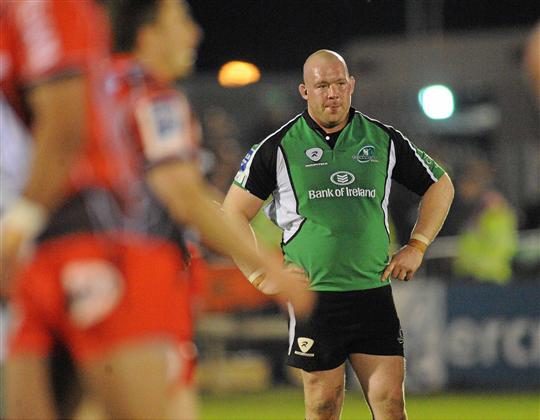 A player who departed Connacht before his time, not because one of the other provinces exercised their right to take him off them but because injury sadly forced him to retire early. An English player who played for Northampton and Newcastle, he quit in 2010. 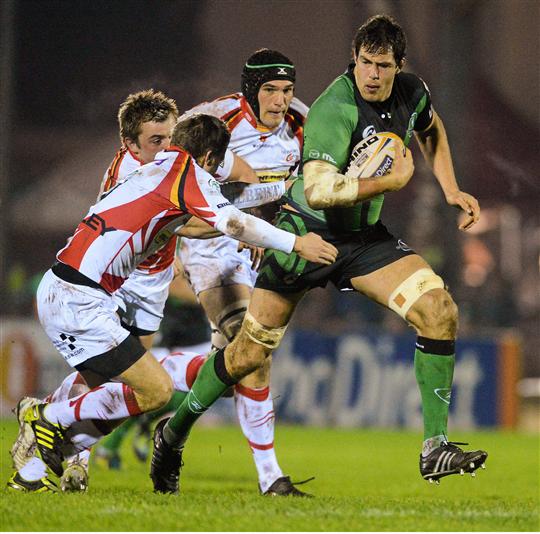 Okay, he's not young now. But Connacht did, in fact, lose him relatively young the first time around. He played for the team in 2003-04 before shooting back to England to play for Newcastle Falcons for three seasons. He then returned to properly make Connacht his home in 2007, until Leinster came calling in 2013. 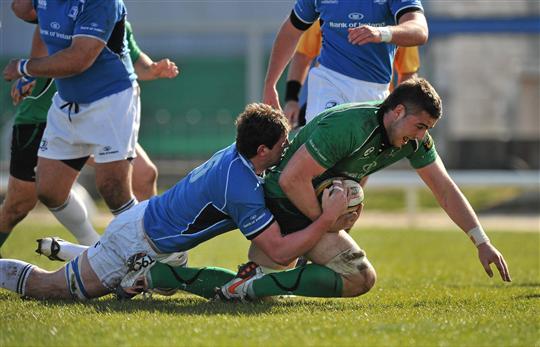 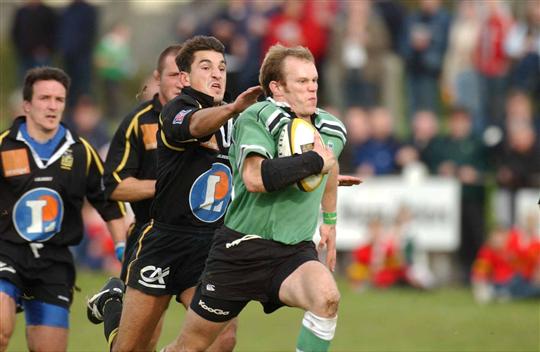 A Connacht legend, he might look out of place here, but O'Connor left Connacht early on in his career to give some of his best years to Wasps.

A versatile back-row operator, O'Sullivan was voted Connacht's Player of the Year for the 2003-04 season. This attracted the attention of the other provinces, notably his home province Munster, and he was called back promptly. Departed for Agen in 2009. 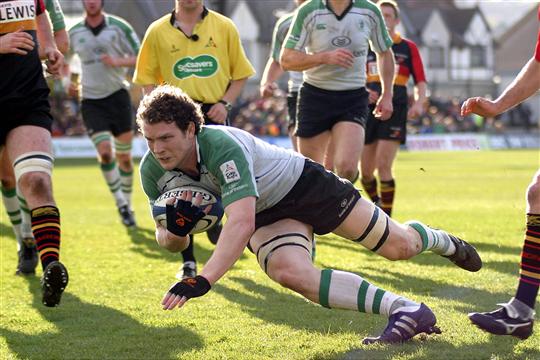 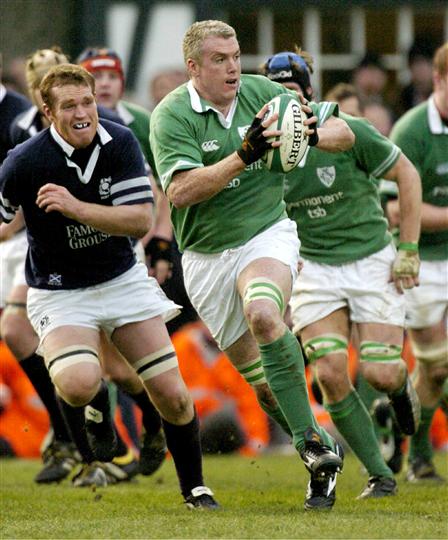 Less widely known than his Olympic shot-put career, Costello began playing at provincial level for Connacht in the interprovincial championship in 1993. He played for them until the game went 'open' in 1995 and he jetted off to play for London Irish.

Balls Remembers: A Profile of the First Munster Heineken Cup Team In 1995 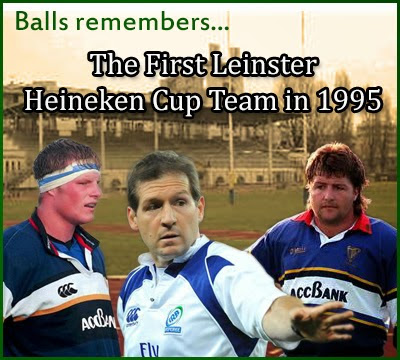 Rugby
1 week ago
By Michael Bolton
Leicester v Leinster: Stephen Ferris Isn't Buying The Optimism Of His English Friends
Rugby
1 week ago
By Colman Stanley
Mike Prendergast Announced As Munster Attack Coach For Next Season
Rugby
2 weeks ago
By Michael Bolton
'Go F**k Yourselves': Spanish Media Not Taking World Cup Disqualification Lying Down
Popular on Balls
Rugby
1 day ago
By Colman Stanley
'I Think Munster Softened Them Up For Us': Sexton Not Carried Away After Clincial Leinster Win
GAA
2 days ago
By PJ Browne
Mayo's Padraig O'Hora Using Football To Promote His Real Passion
Rugby
16 hours ago
By Colman Stanley
'That Pace, That Intensity, That Organisation' All Black Legend Has High Praise For Leinster
The Rewind
1 day ago
By Eoin Harrington
Watch: Brilliant Dermot Morgan Dublin Segment From 'The Travel Show' Resurfaces