Brian O'Driscoll feels that Garry Ringrose will be on the outside looking in come Ireland's first game of the World Cup.

The Leinster man stepped off the bench to replace the injured Keith Earls on the wing at the weekend as Ireland defeated Wales in their final warm-up game. Robbie Henshaw and Bundee Aki started the game as Ireland's centre partnership. It looks increasingly likely that Ringrose will be the 23rd man in Ireland's matchday squads.

"I thought he'd play at the weekend if he was first choice," O'Driscoll on Monday regarding Ringrose.

"His tackling stats probably don't stack up. He has a lot of misses, but a lot of it is shutting down potential threats and getting the cover to pick up another tackle or finish one off.

"I don't think he's quite at the Garry Ringrose level we've seen over the last couple of years. So he'll be a bit nervous that he'll be on the bench given the partnership Bundee and Robbie have had since down in Connacht.

"They seem to go quite well and have a good understanding, good offloading game to one another, good defensively. So if you were a betting man you'd probably think that might be the starting centre pairing.

"Even, you know the try-saving tackle on Dan Biggar. That’s a phenomenal bit of technique as well as the will within him. They are real markers for coaches as well. The never-say-die attitude, coaches love that.

"Having one of your best defenders is a real luxury. I think Garry's a brilliant reader of it, but Robbie's another level of a defender because he has the aggression and the size in the hit to come with that.

"That element of telepathy, I don't know what the chat is like with Garry, but you feel a real cohesion with Bundee and Robbie." 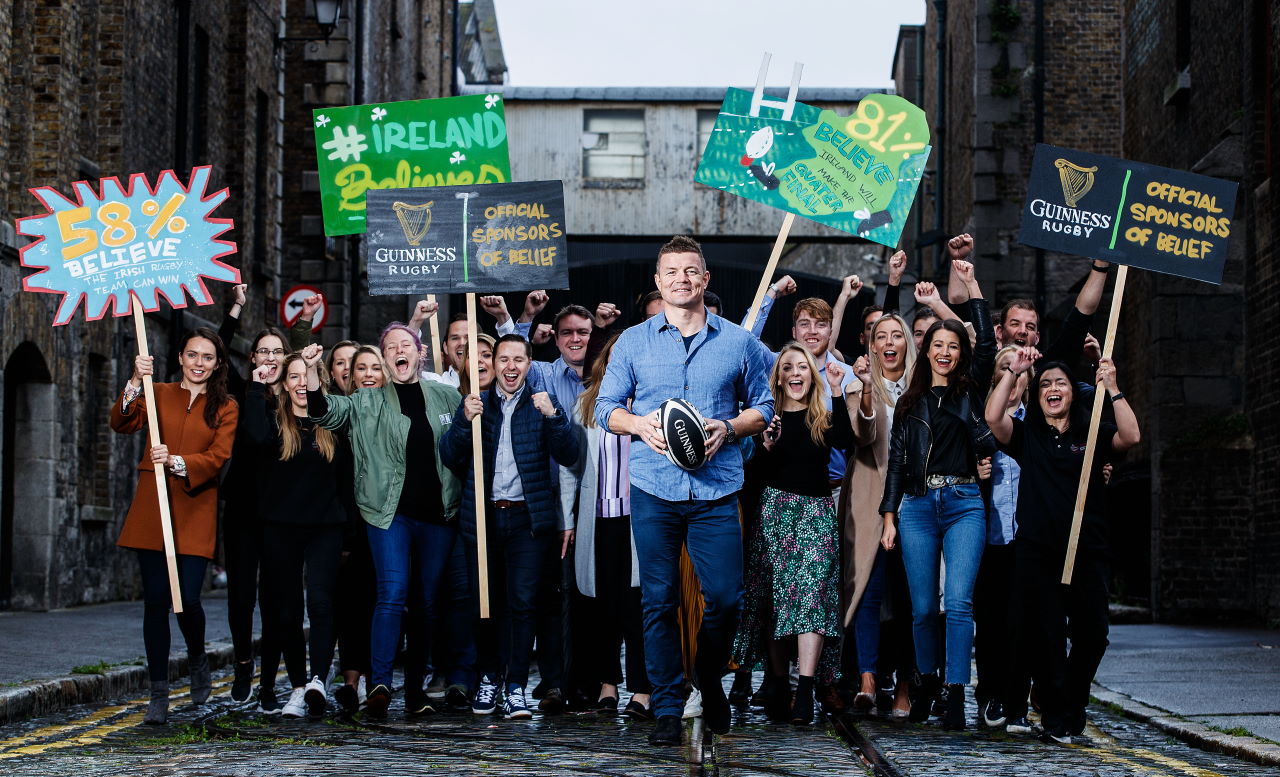 Members of the GUINNESS team joined Brian O’Driscoll to show their support for the Irish rugby team as they depart for Japan ranked number 1 for the first time in history. Photo credit: ©INPHO/Dan Sheridan

The weekend's win has not changed O'Driscoll's view of Ireland's prospects in Japan.

"It's gonna be a big game against Scotland and Japan. Win those, you're in great shape, then it's a toss of a coin.

"I remain at the same level of confidence. Can we get to a semi-final? Probably. But we could bow out at the quarter-finals just as easily."

Brian partnered with GUINNESS to unveil its new campaign as the Official Sponsor of Belief. GUINNESS research has revealed over half (58%) of Irish adults belief the Irish rugby team can win the tournament. GUINNESS wants to inspire and rally Irish rugby fans to stand together and believe in the talent and ability of the national team as they take on the world. Enjoy Guinness Sensibly. Visit www.drinkaware.ie

See Also: The Definitive Ranking Of Every Home Jersey At 2019 Rugby World Cup

Rugby
2 weeks ago
By Jonathan Byrne
Brian O'Driscoll Cites Most Important Statistic From Irish Win Over All Blacks
Gaming
2 months ago
By Balls Team
Remembering The Monster That Was 99 Overall Brian O'Driscoll In EA Sports Rugby 06
Rugby
4 months ago
By PJ Browne
Brian O'Driscoll Thinks English Back Should Be Dropped For Second Test
Popular on Balls
Football
3 days ago
By Colman Stanley
Alex Ferguson Names His Greatest Captain, And It's Not His Most Successful Captain
Rugby
3 days ago
By PJ Browne
Trevor Brennan's Sons Played In The Same Top 14 Game At The Weekend
Football
1 day ago
By Gary Connaughton
Frank Lampard Reveals Ruthless Nature Of His Sacking At Chelsea
The Rewind
2 days ago
By Colman Stanley
New On Netflix Ireland: Your Guide To December's New Additions