Brian O'Driscoll Thinks English Back Should Be Dropped For Second Test

Brian O'Driscoll believes that Warren Gatland should look at dropping Elliot Daly for the Lions' second test against South Africa next week.

Daly started the game at outside centre. He played 64 minutes before being replaced by Owen Farrell, but subsequently returned to the game as a HIA replacement for Dan Biggar.

"It's even worse when you concede a couple of penalties. I did that in the second test in Australia. You're trying to find a way into the game, and you give away breakdown penalties - maybe you feel hard done by - but it doesn't matter because there are two X's by your name.

"He gets smashes by (Lukhanyo) Am another time. Nothing he did really worked out for him. Sometimes you have those games that just aren't for you.

"He was fortunate that he managed to come back on at the end of the game, and might have had one or two nice touches, but it just didn't feel that on the balance of the way the Lions were trying to play the game, that it was a combination that really worked."

O'Driscoll believes that a more physical player, like Chris Harris or Bundee Aki, would suit the Lions' style of play.

"If they're looking at trying to play that game, and take South Africa on at their own game, play massively physical and confrontational through the guts, maybe the combination might be Harris and Henshaw, or Aki and Henshaw," he said.

"We'll have to see what happens with Dan Biggar, if he passes his HIA, and if Farrell ends up playing 10. There's an awful lot to deliberate, even in victory; you can't just think, everything is fine, you've got to pull it apart and think how can you be better next week, and what personnel will make that change."

O'Driscoll added that he would be "totally comfortable" with a backline featuring Dan Biggar at 10, Owen Farrell at 12, and Robbie Henshaw at 13. 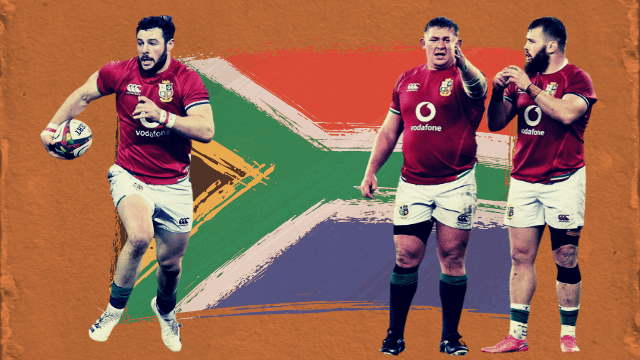