It was the result but not the performance that Ireland needed against Russia as they look to get their 2019 Rugby World Cup back on track. The scoreline was 35-0 but the showing was at times, sloppy.

Speaking after the match, captain Johnny Sexton cut a content figure: "Delighted to get a good win, get back on the horse and pick up the bonus-point was exactly what we were looking for." 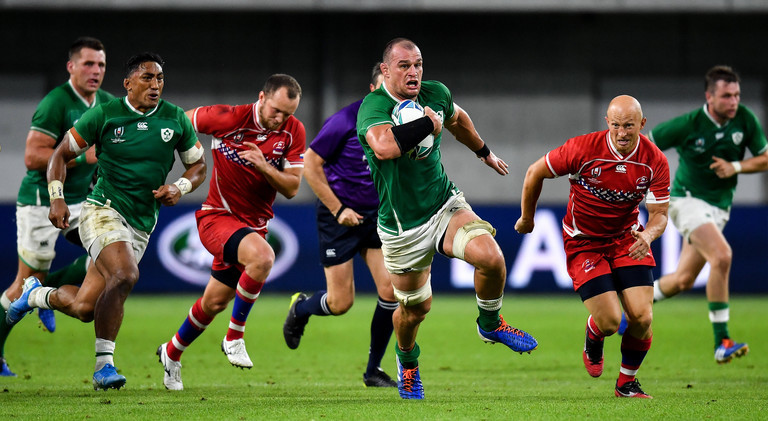 This was not a view shared by former Ireland captain Brian O'Driscoll. Speaking on ITV Rugby, he suggested there was a level of inaccuracy below the expected standard.

"I think he was spinning it in a very positive way that I would not have seen, particularly in that second-half performance. It was so frustrating; 18 handling errors. I know it is a greasy ball but 18 is just nowhere near the numbers you expect from Ireland.

"They could not put any multiphase together, rarely do they carry ten phases or more, something they are renowned for doing. It just looked as though they lacked creativity until a couple of moments at the end.

"I just feel quite frustrated by it. I don't think it was a great performance and I don't know how they are meant to get the momentum they are looking for off the back of it."

Paul O'Connell was in agreement, suggesting their attacking gameplan was a concern.

We would have liked to see them create more. It was a difficult day for it. We watched New Zealand play yesterday and drop balls as well, but New Zealand created a lot.

We watched France play yesterday and while they did frustrate us, they did create a lot. They didn't finish as well as you would like but they created and had moments of magic that you can clutch on to. We probably didn't see that from Ireland.

Joe Schmidt's side have a significant break now before their final Pool A game against Samoa. Should they progress to a quarter-final, New Zealand or South Africa await. Either way, a formidable challenge is coming down the tracks.